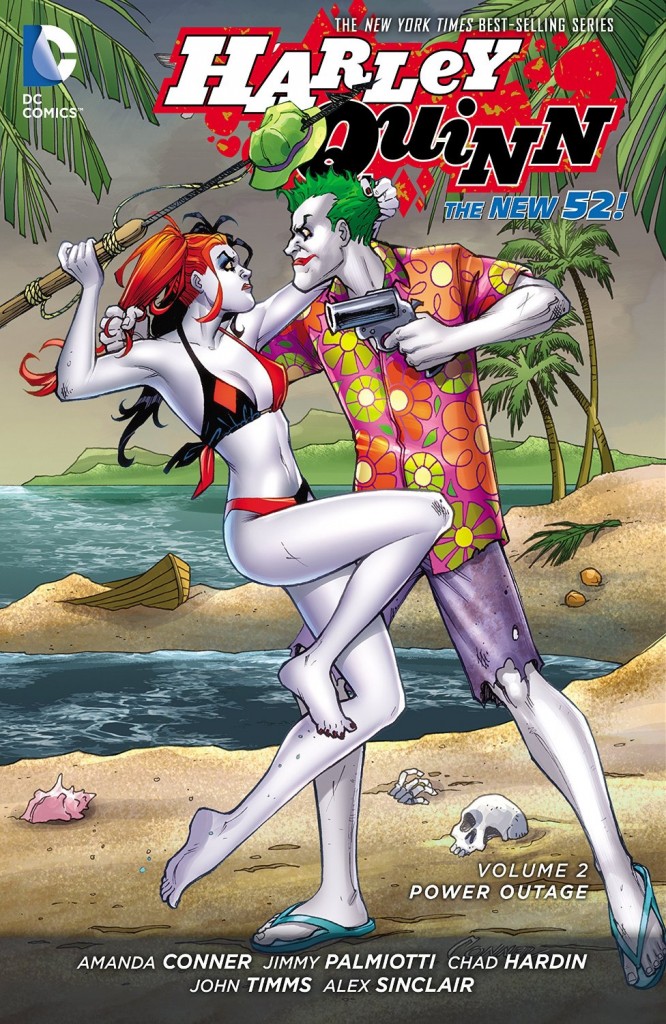 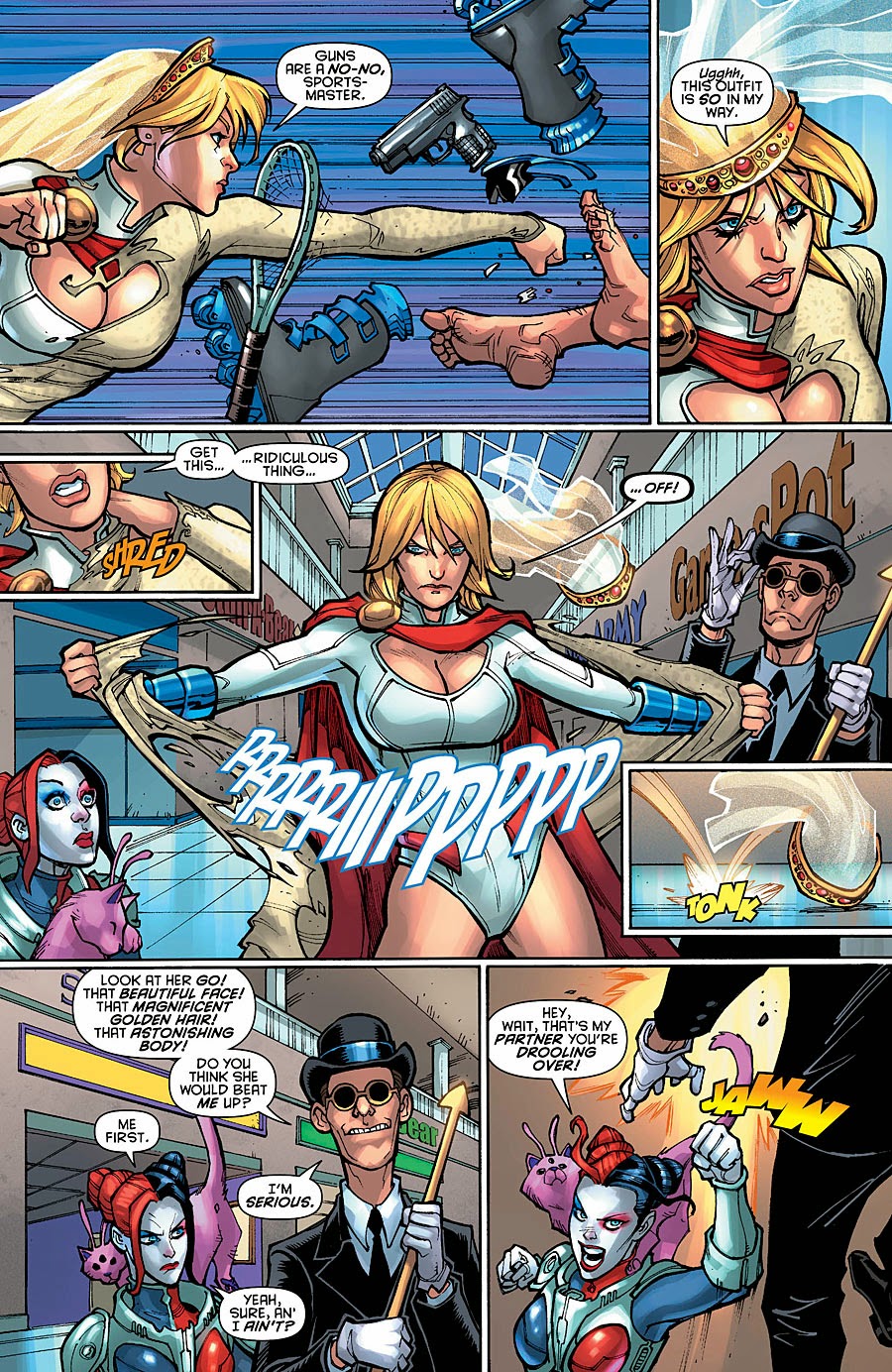 From stalkers, to skate club, to superhero team ups, Power Outage is filled to the brim with more mayhem and madness from the Clown Princess of Crime, and it’s even better than the previous Hot in the City. The main focus of the collection comes from a flying comet in the shape of Power Girl that falls to earth, right in front of our favourite anti-hero. After realising Power Girl has lost her memory in the crash, Harley takes the opportunity to create a dynamic duo, giving both her and Power Girl a superhero style origin story and makeover. In superhero fashion the two heroines are pitted against “Master Criminals” such as the Clock King and Sportsmaster and transported to and from alien dimensions amidst saving the day. However, despite her newfound heroic mission, and her good intentions, Harley has a hard time not maiming or killing anyone, much to the dismay of actual superhero Power Girl. The team up is completely random, which matches the very chaotic, nonsensical madness that is the world of Harley Quinn. The husband and wife creative team of Jimmy Palmiotti and Amanda Conner previously guided Power Girl’s destiny, and due to the similar humorous tone the unlikely team up fits together well and feels very natural. The writers know these characters well and how best to depict their personalities, and various comical clashes of morality. This tale is also the starting point for the later Harley Quinn & Power Girl graphic novel.

The art is predominately the work of Chad Hardin, but features various support and guest artists. John Timms and Marco Failla draw entire episodes, others a single page, but they all bring their own unique take to the character whilst simultaneously maintaining the familiar aesthetic and tone. A minor but wonderful feature is the ever-changing wardrobe of Harley Quinn, who unlike most fictional characters changes outfits to suit different situations. Although this concept was written in by Palmiotti and Conner as a representation of the fluidity of the character it also allows the artists greater free reign on their interpretations of her design.

In addition to the continuity material, the volume also features two unconnected stories, and these are the standouts. Future’s End is another ‘event’ that crossed over into every DC superhero title, but Harley’s appearance can be read without reference to the remainder. She’s washed up on a desert island, only to discover her ex-boyfriend, the Joker, is the God of the tribal civilisation that inhabits it. Their meeting results in a marriage proposal, but as is often the case with the ‘Mad Love’ couple nothing goes quite as romantically as Harley fantasises.

The remaining tale features a multitude of artists and the theme is Harley turning up at the “real world” Comic-Con International in San Diego. It’s been a common feature for Harley to leap from the pages of the comic world into our own, and here she’s a metafictional proxy for comics fandom, playfully twisting stereotypes of comic conventions. As with the majority of Harley Quinn, it is a fun story full of silliness from pulling down Batman’s pants, tormenting DC publisher Dan Didio, and kissing lots of Jokers. However, under the mask of madness it makes clever commentaries on our society whilst subverting and experimenting with the comics medium. Kiss Kiss Bang Stab is next.