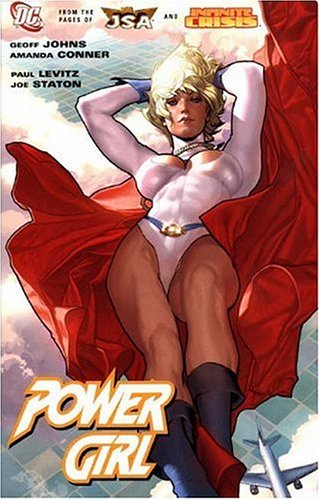 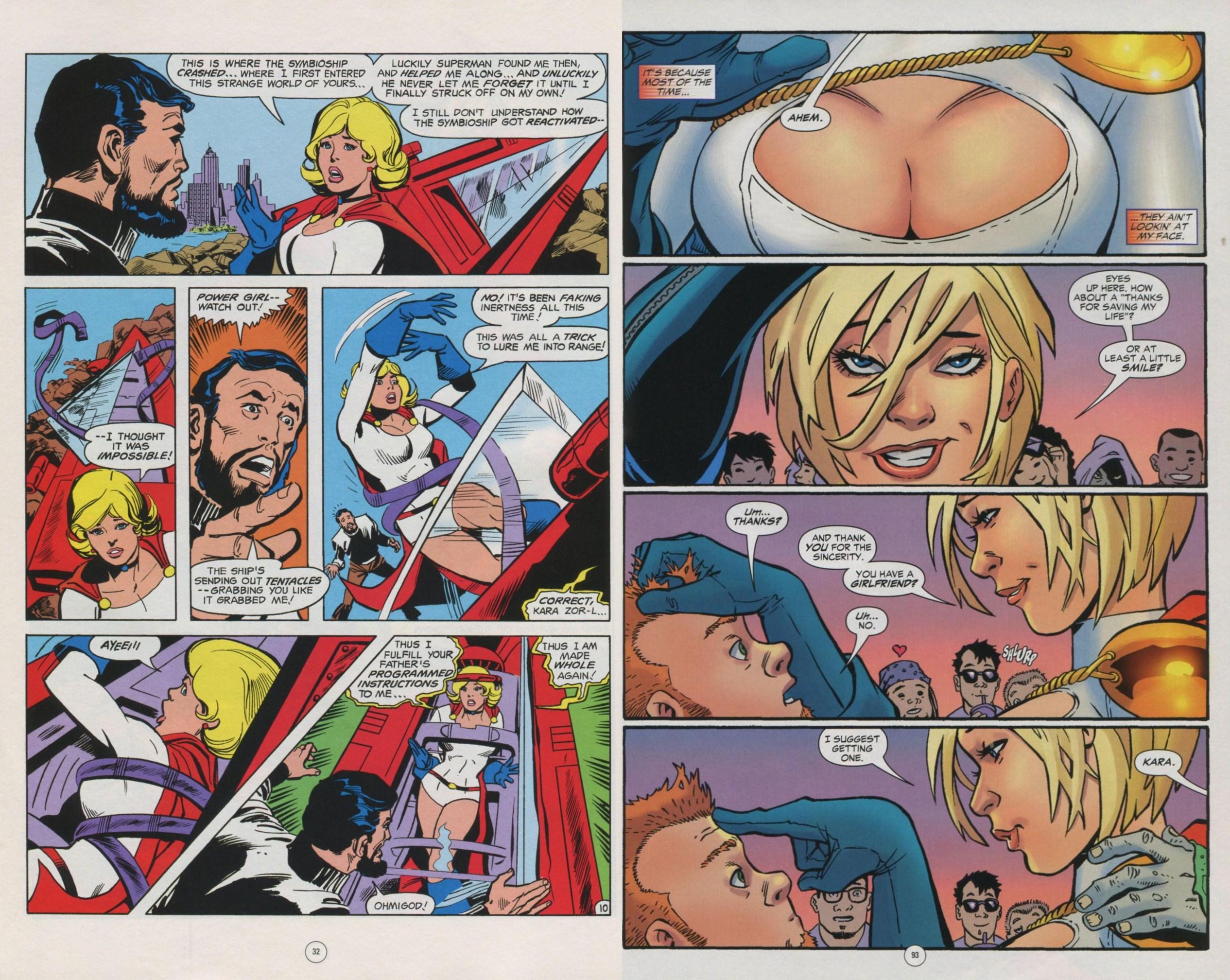 The alluring Adam Hughes cover surely goes a long way to selling this compilation of Power Girl’s solo appearances through the decades until the early 21st century. The focus is on her confusing and frequently altered origins and continuity, requiring text page inserts explaining the revisions.

Since her earliest appearances (see All Star Comics: Only Legends Live Forever) Power Girl’s massive breasts have remained her defining factor. Is this sniggering schoolboy fantasy not to be taken seriously, unacceptable exploitation, or empowerment of women with larger breasts? You’ll already have decided for yourself.

The assorted artists have. In the three chapter story beginning the collection Joe Staton (sample spread left) opts for showcasing her figure over the opening pages and restraint thereafter, his cartooning elevating an ordinary origin explanation. Mary Wilshire’s also attractive art downplays things, as do pages from Peter Snejbjerg excerpted from a longer story. However, the most recent outing on publication sees Amanda Conner positively relishing Power Girl’s figure and a self-aware Power Girl herself exploiting embarrassment (sample right).

Because the collection focuses on ever-changing origins, it’s disjointed and uneven, with Paul Kupperberg’s contribution featuring more pages of Arion in an ill-advised revision connecting Power Girl with ancient Atlantis. Paul Levitz’s opener is very dated by a monologuing villain and a stretched plot, although has some nice character moments.

In 2006 Geoff Johns tried to make sense of the various contradictions in presenting a disoriented Power Girl experiencing hallucinations rather than the usual confident figure. It’s clever, by some distance the best on offer here, acknowledging the past by presenting further revised ‘truths’ while sorting much out, with good use of an old villain and some interesting insights into Power Girl supplied by various people. The only problem is it being dependent on readers having fair knowledge of DC’s continuity, which slips into overdrive for the final chapter. Johns explains, but unfurling the past really only results in more questions for the logic-minded. The presentation is good, though, and Conner’s art glorious.