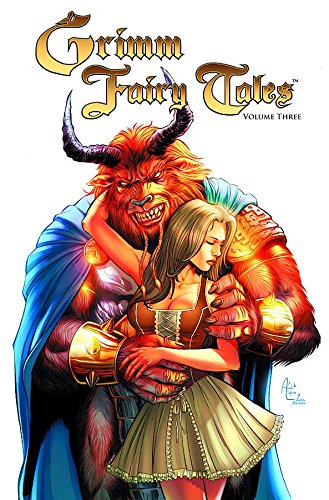 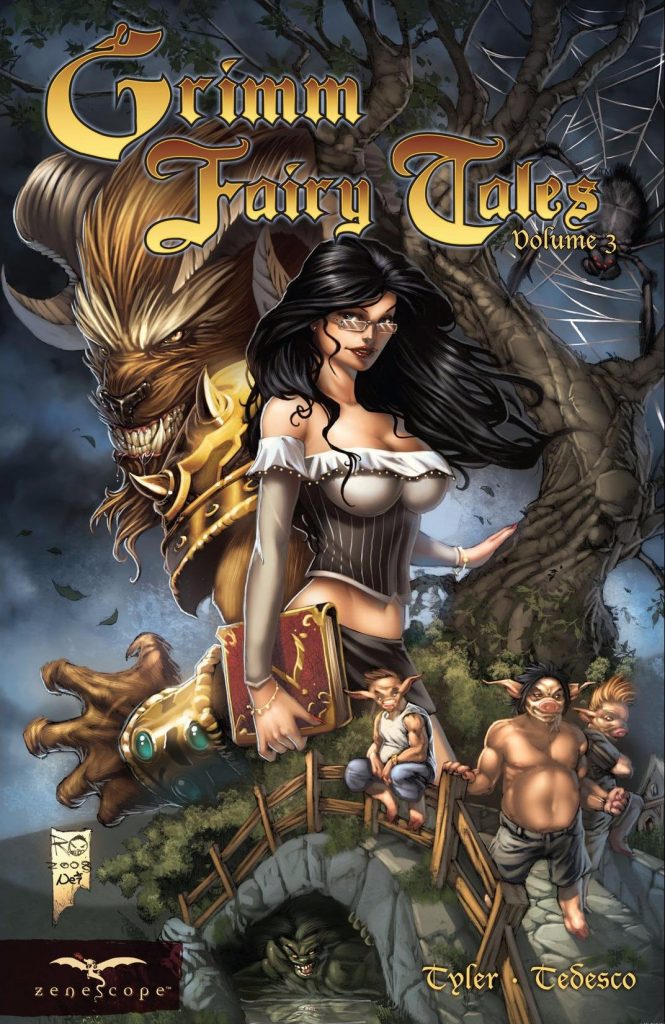 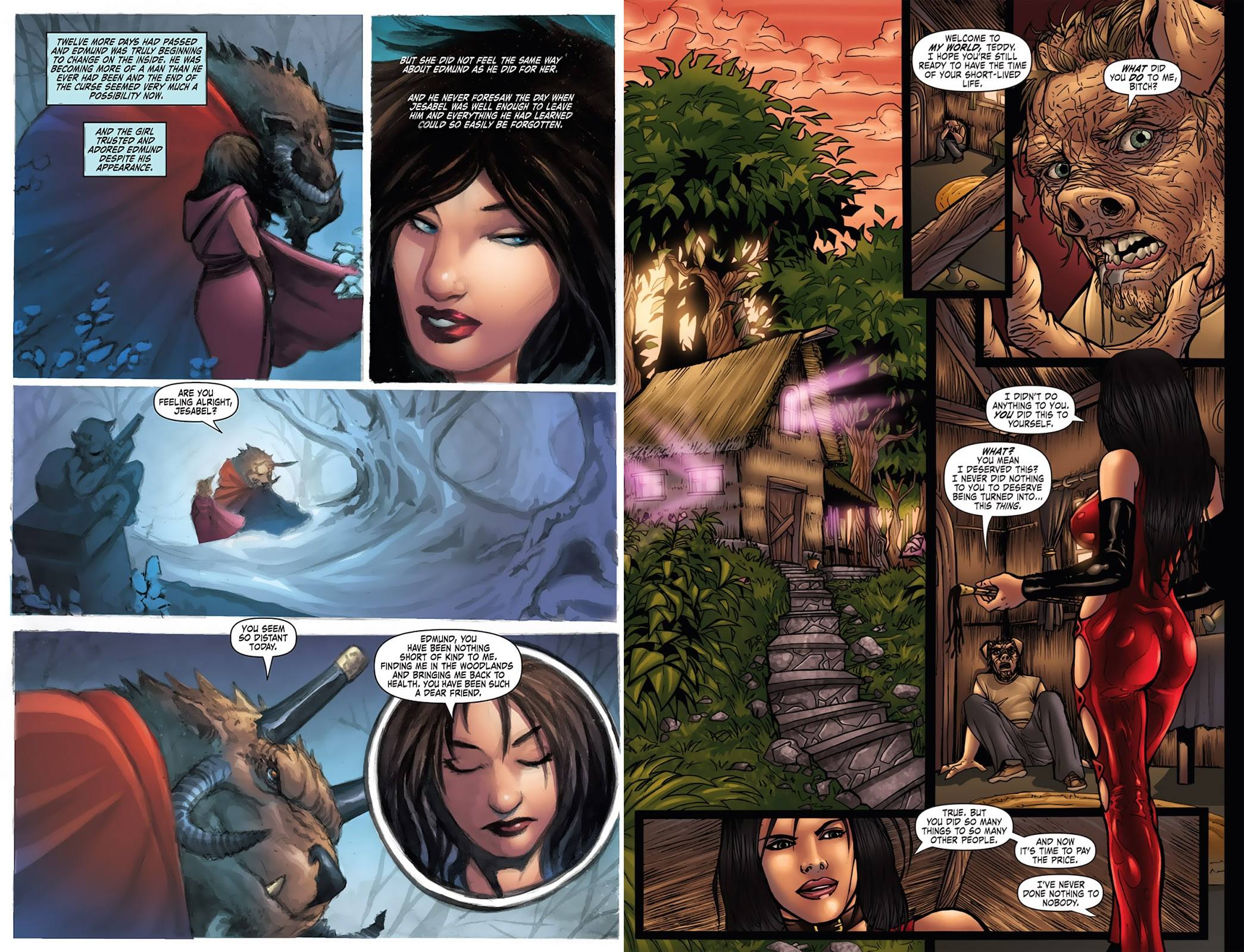 The third volume of Grimm Fairy Tales supplies a number of firsts for the series reflecting real life circumstances through fairy tales, opening with the longest story to date. Beauty and the Beast is twisted to reflect Jenna’s life, along with a jealously controlling and violent boyfriend. The extra space is well used by collaborating writers Joe Tyler and Ralph Tedesco, who are able to investigate all relevant characters and what made them the way the are, while also simultaneously telling two tragic tales. This isn’t for fans of the Disney version.

It was evident that Sela Mathers was becoming more proactive in Vol. 2, and for the first time here she’s revealed to have considerable magical capacities when threatened. She takes a direct hand in forcing errant student Brian to come to terms with his selfish ways, re-running the story of the Three Little Pigs, personally leading the wolf to their doors. That’s followed by her recasting as Little Miss Muffet, which is a story about who she is, the capabilities she has and a thread running through the entire volume is how the endings of stories she helps with aren’t always the desirable outcomes.

After a couple of volumes where some artists over-sexualised the female characters, it’s now clear that it’s part and parcel of the package with every artist including exploitative illustrations. It’s most obvious on Andrew Magnum’s ‘Little Miss Muffet’, although it can be argued that the rhyme has long been associated with sexual innuendo. While some artwork still falls below professional standards, this is the first volume in which some art can be considered good. Tommy Castillo’s Beast over two chapters is a fearsomely threatening creature, a twisted version of the Disney animation, and Christian Duce (sample right) would go on to become a DC superhero mainstay. Even the weakest artist here, Nate Watson, is decent enough with the horror aspects.

The twisted, horror-injected versions of well known tales continue to entertain, and with the improved art the series is beginning to hit the target. Bring on Vol. 4. 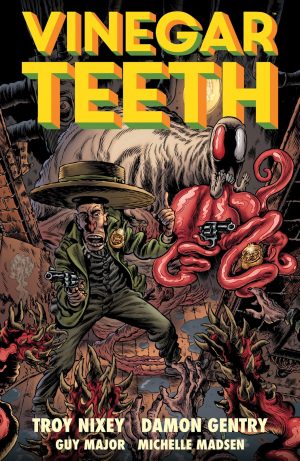