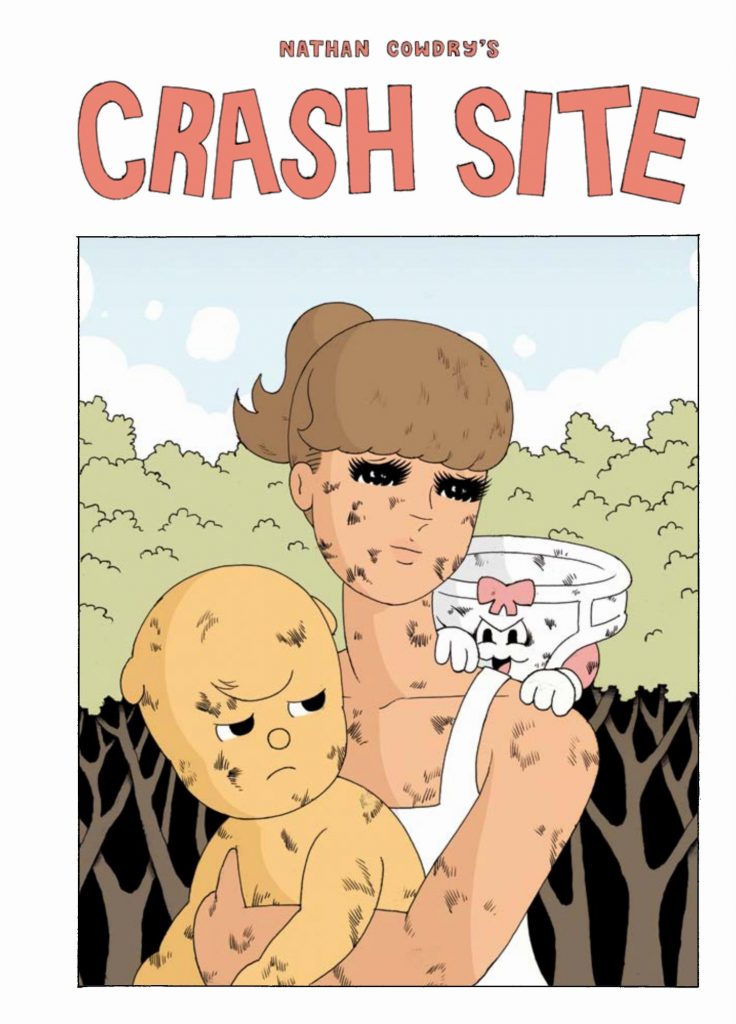 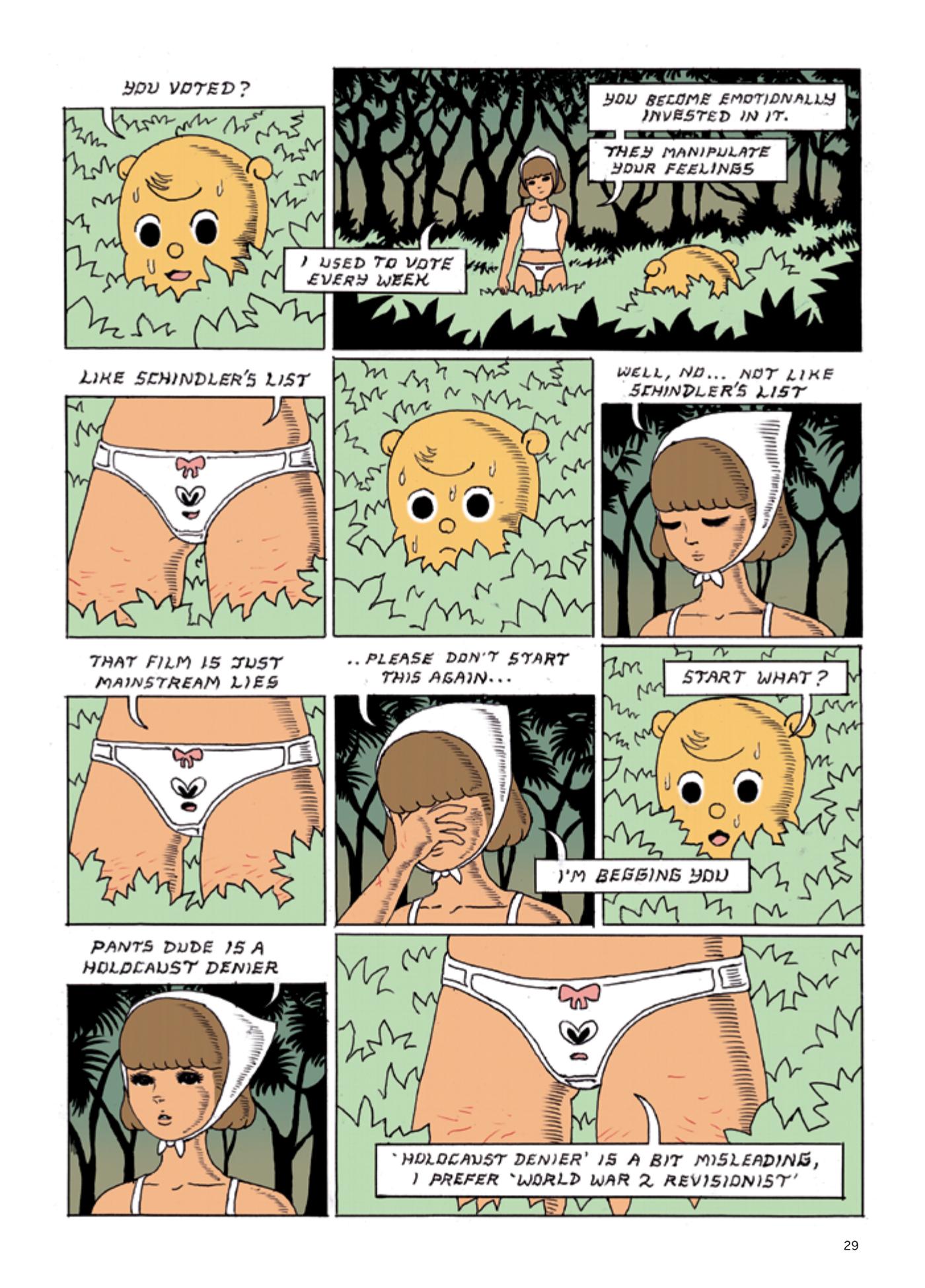 Crash Site is an entirely appropriate title for this gorefest of hilarious poor taste as Nathan Cowdry has not a shred of sympathy for any one of his characters, especially foul-mouthed talking dog Denton.

Denton wakes up in a South American hospital bed after a trip with his owner Rosie has gone horribly wrong. She uses him as a drug mule, and he’s found bleeding with his stomach cut open. Cowdry ensures this discovery is in the most embarrassing of circumstances. It’s also side-splittingly funny, and gloriously distasteful. We learn this as Denton tells his story in flashback to a police detective, beginning with a trip to a British beach a few months beforehand where Pants Dude makes his appearance. This is a pair of underpants worn by Rosie that constantly taunts Denton, and a world where a plane passenger would seriously question whether it’s cream or jizz in his coffee indicates the general tone.

What plot there is only exists as a vehicle for Cowdry’s admirably warped sensibilities. He shreds propriety throughout, always contrasting cute looking dog Denton with his behaviour and desperate circumstances, including scenes satirising movie moments. We have the forlorn love, the plucky inspirational speech in the moment of desperation, and the Vietnam flashback among others, all presented with just enough sincerity to fool you into thinking this time Cowdry does have some sentimentality after all. He doesn’t. There’s a refined cynicism in play despite the innocent looking characters, and a knowing sensibility as Rosie refers to cultural appropriation.

For all that, Cowdry does have a point to make. His pacing is far from haphazard, so when he lingers on Rosie’s crotch when wearing Pants Guy there’s a feeling of highlighting leering male culture in the West, and later scenes of naked innocence contrasting that confirm the point. It’s deliberate, but not hammered home, and the priority is the almost Dadaist entertainment.

Many people will be offended by Crash Site, but it’s a 21st century equivalent to the 1960s underground, taboo-breaking and very funny.