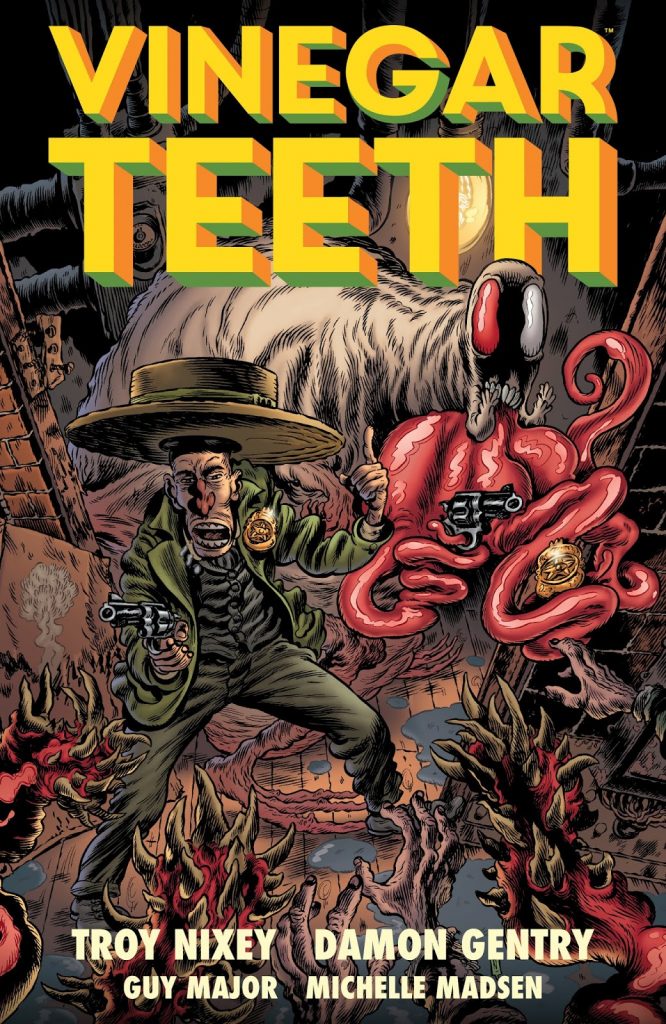 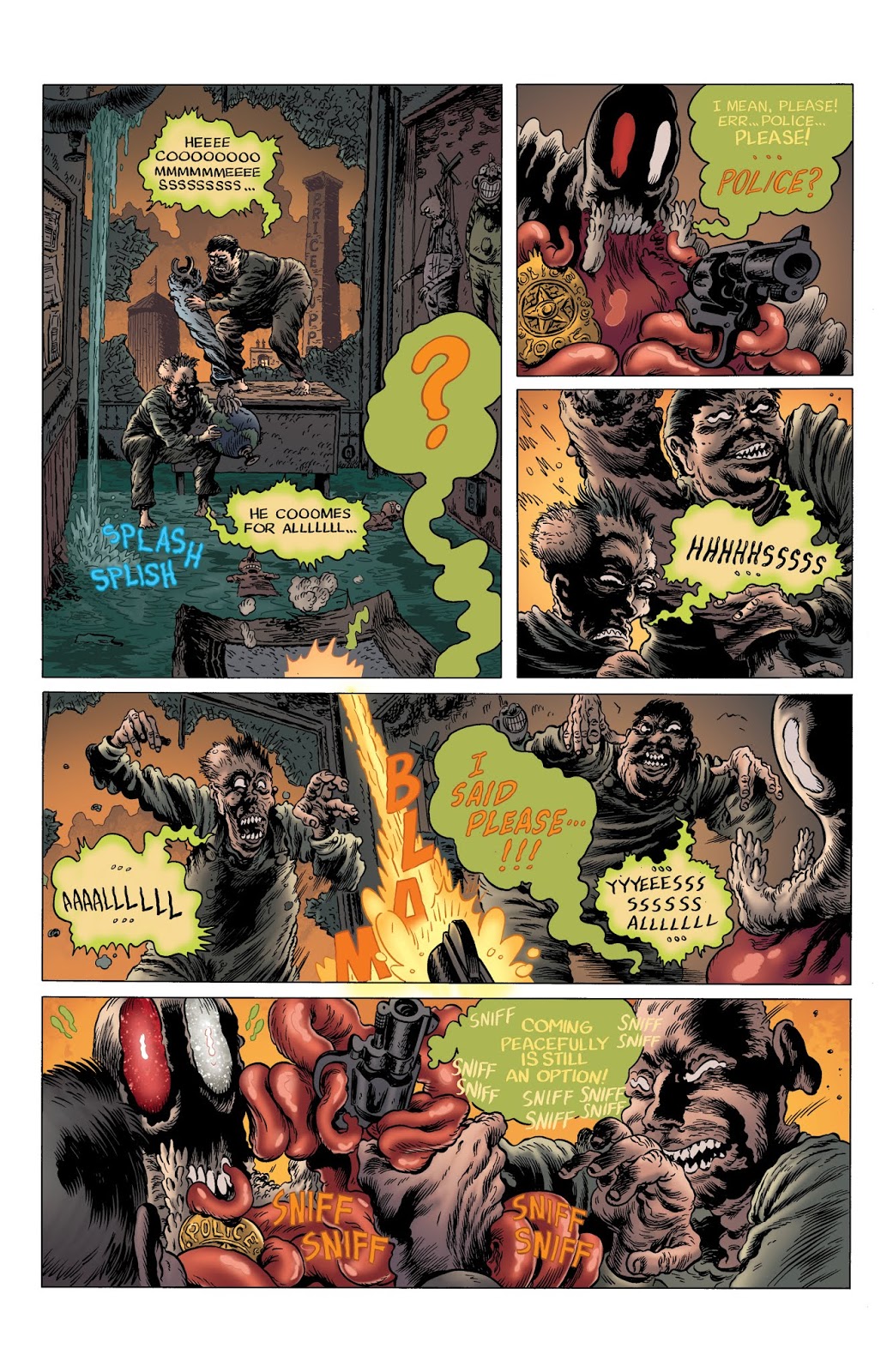 When a strange inter-dimensional being’s arrival on Earth saves the day, they’re inducted into the Brick City police force and given the name Vinegar Teeth. Partnered with Detective Arthur Buckle, who’s less than pleased at the situation, the pair form an unlikely partnership in ridding Brick City of crime.

Damon Gentry and Troy Nixey take the idea of the mismatched buddy partnership in a noir scenario and exaggerate it into absurdity. That’s Buckle with the ridiculously large hat on Nixey’s cover, and Vinegar Teeth behind, a squidgy, tentacled blob, and the first three chapters each open with a page of Buckle on trial. Spare him your sympathy, he’s designed to be an utter dick, and referred to as such by his police colleagues. A violent, abusive bully, the only thing differentiating him from the crooks he collars is his police badge.

Choosing the early 1950s to echo the golden age of noir crime and as the most stylish locale, the creators set their starting point to manic and crank ever upwards from there, Nixey rendering Brick City as the sleaziest environment on Earth. He packs his panels with visual jokes, his people are all greasy and the monsters just keep coming. Just when you think you’ve got Vinegar Teeth figured, Gentry and Nixey switch gears for a full alien invasion.

While Nixey the artist is fantastic, Nixey the co-writer is too much in thrall to him. It’s easy to understand him wanting to let loose and draw what he wants to draw, but too much of Vinegar Teeth is mania and little else, and stretching that over four chapters is stretching a limited joke too far. It’s a story to flick through and admire rather than one to read. 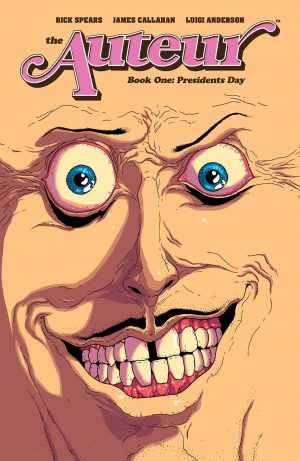