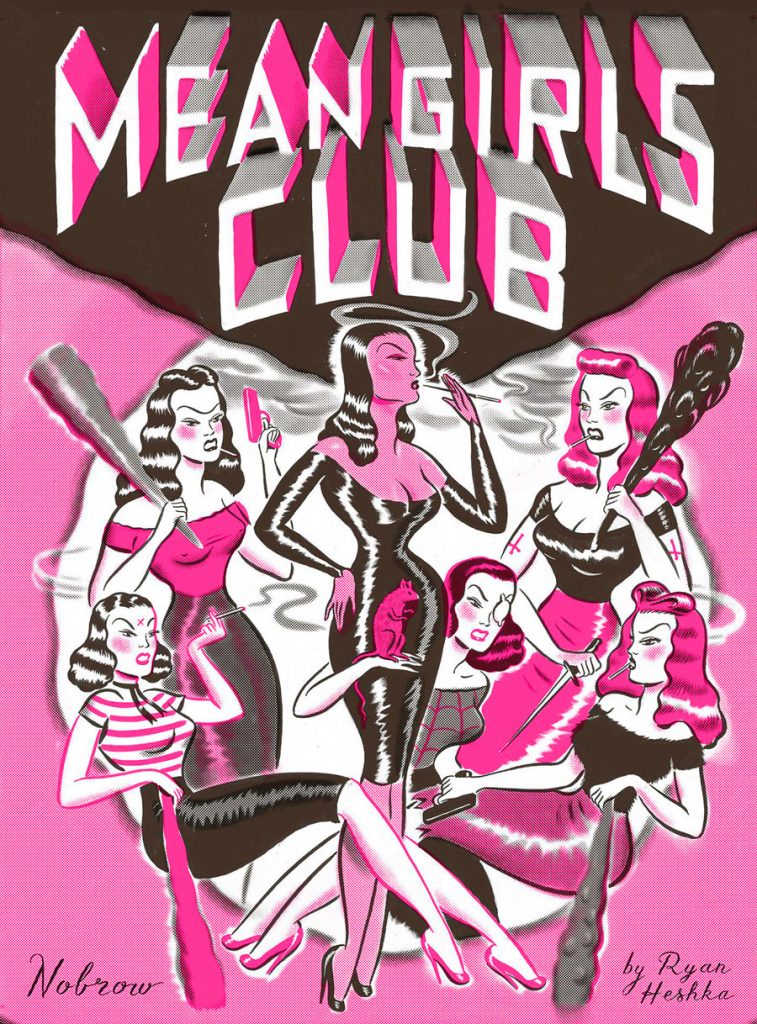 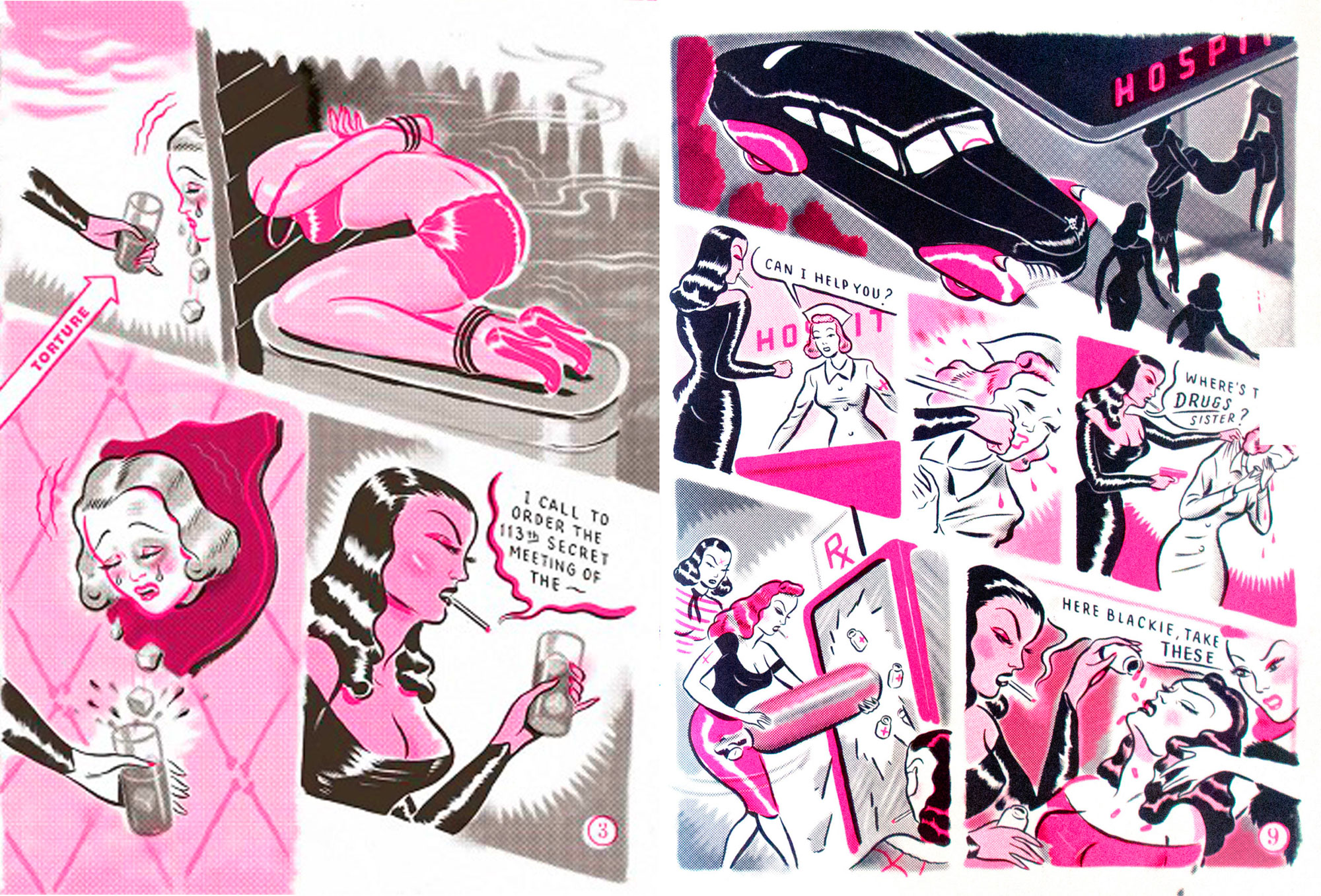 Ryan Heshka’s Mean Girls Club was part of the same set of short one-off introductions to new storytellers that brought us Luke Pearson’s Hildafolk. Nobrow’s 17 x 23 series is 24-page comics that measure 17 by 23 cm, in a slightly upgraded format with card covers, french flaps, and thick interior paper. Ryan Heshka’s take on that format was a high-contrast graphic exercise that took advantage of the excellent print quality to produce a lurid and spectacular demonstration in style. He uses only black ink and an eye-popping pink, sometimes diluted with washes and screentones, but mostly just 100 percent magenta, giving his retro visuals an authentically basic old-school feel.

The mean girls of the title are classic 1950’s menacing and sexualised Femmes Fatale, Brunette Bombshells and Redheaded Homewreckers in the tradition of creators such as Milton Caniff, Tarpe Mills and Eric Stanton. Ryan Heshka amplifies and exaggerates the fatale part to create a gang of psychotic sadists, who terrorise everyone and everything around them, leaving a trail of devastation wherever they go. We’re introduced to Pinky, Sweets, Wendy, Blackie, McQualude and Wanda at a typical Mean Girls Club meeting where they ceremonially inject themselves with insect venom, worship snakes, toast their machine-gun-toting dead founders who “paved the road to the Mean Girls Club with human wreckage”, and freshen their drinks with ice cubes made from the tears of their captives.

The rest of the book is a riot of wanton destruction as they rampage into town, taking whatever they want as violently as they deem necessary (therefore extremely violently), wrecking what’s left in a blaze of arson and killing anyone who gets in their way – or abducting them to torture and kill later. It’s like A Clockwork Orange starring Jayne Mansfield and Joan Crawford. The cartoonish excess is gorgeously rendered with Heshka’s drawings vibrating under his pink overprinting, accentuating the pop-art unreality of it all.

Mean Girls Club is essentially one long extended riff, witty and well executed, that will interest anyone who enjoys the work of Charles Burns, Walter Minus or Richard Sala. It is now out of print, but Heshka followed it up in 2018 with the longer graphic novel Mean Girls Club: Pink Dawn, bringing his psychotic heroines back for a second dose of stylishly drugged-up violence and misanthropy.