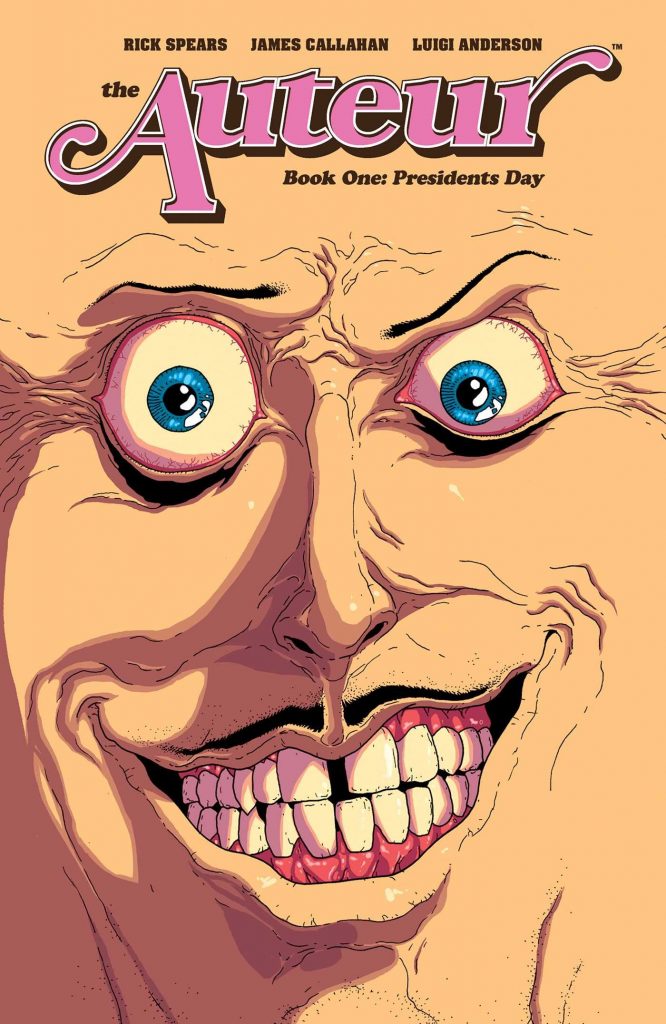 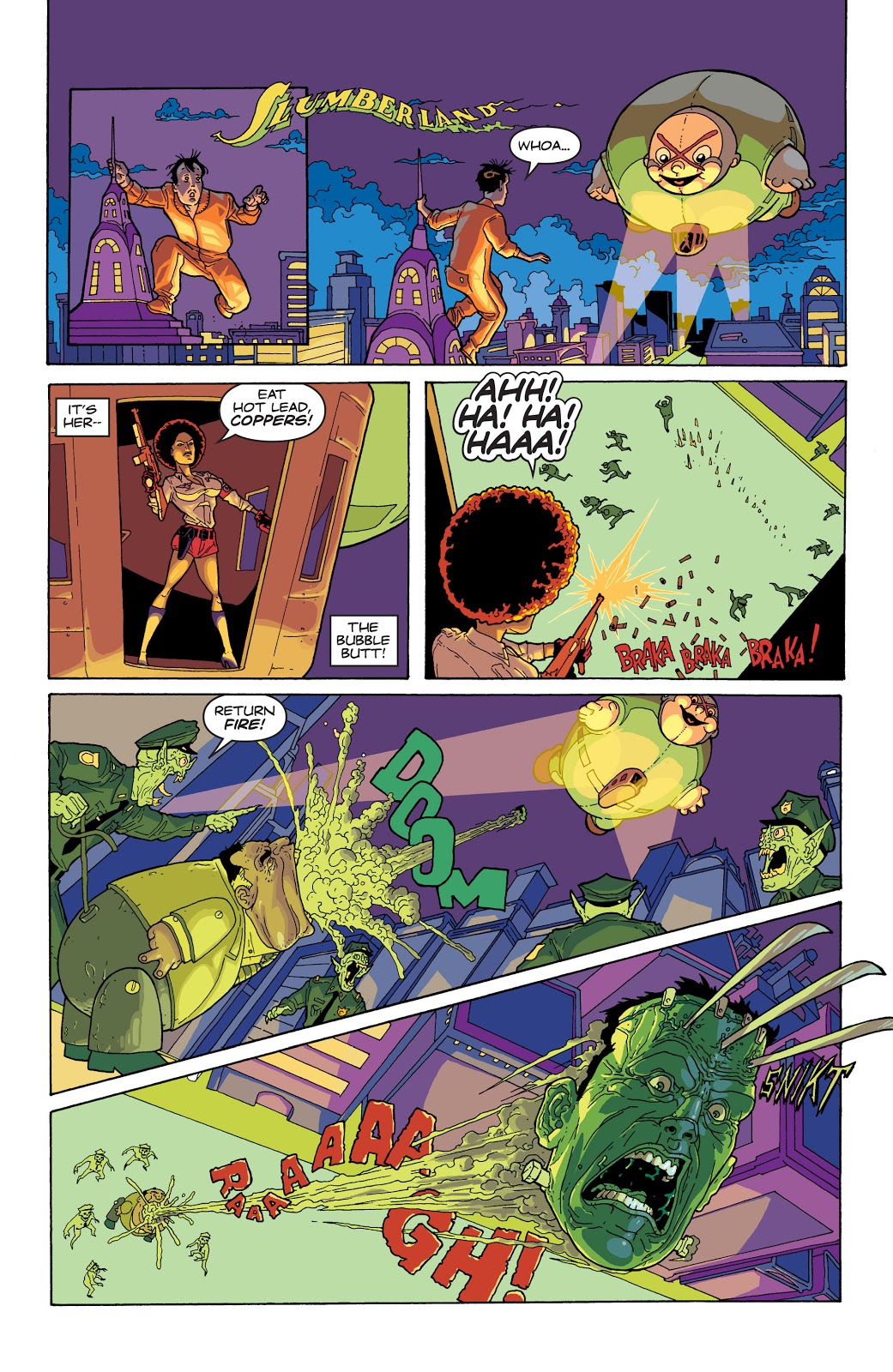 Movie producer Nathan T. Rex has experienced Hollywood’s rocket to the top, but his latest and most expensive feature has flopped, and it’s just the first part of an already filmed trilogy. Everyone knows you’re only hot when you’re at the top, and Nathan’s stock is plummeting. He’s begun work on a serial killer movie and is lacking inspiration, so what can he do to save his career? Is hiring an actual serial killer as a consultant the manifestation of a prodigious illicit substance intake or his eventual saving?

Between them writer Rick Spears and artist James Callahan have selected the manic form of storytelling. Why have a drama when you can have a crisis, and nothing magnifies a crisis like Nathan taking a personal touch, so before long his slasher film has taken an unpleasantly realistic turn.

The Auteur is a scattershot parody of Hollywood excess. For the most part it’s shooting goldfish in a bowl, a barrel being too subtle, but occasionally something less obvious breaks through. Nathan is so sleazy, so slimy, so plain vile, one wonders if Spears had someone in mind when creating him. He’s a man without conscience when it comes to getting his way, for whom excess is selling short, that grim mixture of inflated ego undermined by insecurity so common to TV and film, coupled with a monstrous sense of self-entitlement and no capacity for taking blame. However, that only takes Presidents Day so far. The title, by the way, is that of the film Nathan’s making, about a slasher whose killings occur when he’s wearing masks of former US presidents, a joke not fully exploited.

While Nathan is a memorably appalling creation, there’s no-one likeable for him to bounce off. The entire cast only exists to feed Nathan, and even accepting mayhem is the priority, the one character we’re supposed to like is one-dimensional, like so many others. Callahan supplies that mayhem in widescreen detail, adding some funny visual asides, but he can’t always manage to keep his figures in proportion or control the foreshortening, so people just hang in the panels.

Enough buyers enjoyed Presidents Day to ensure the sequel, Sister Bambi, so Spears and Callahan tapped into something. Is it art, but not as we know it?