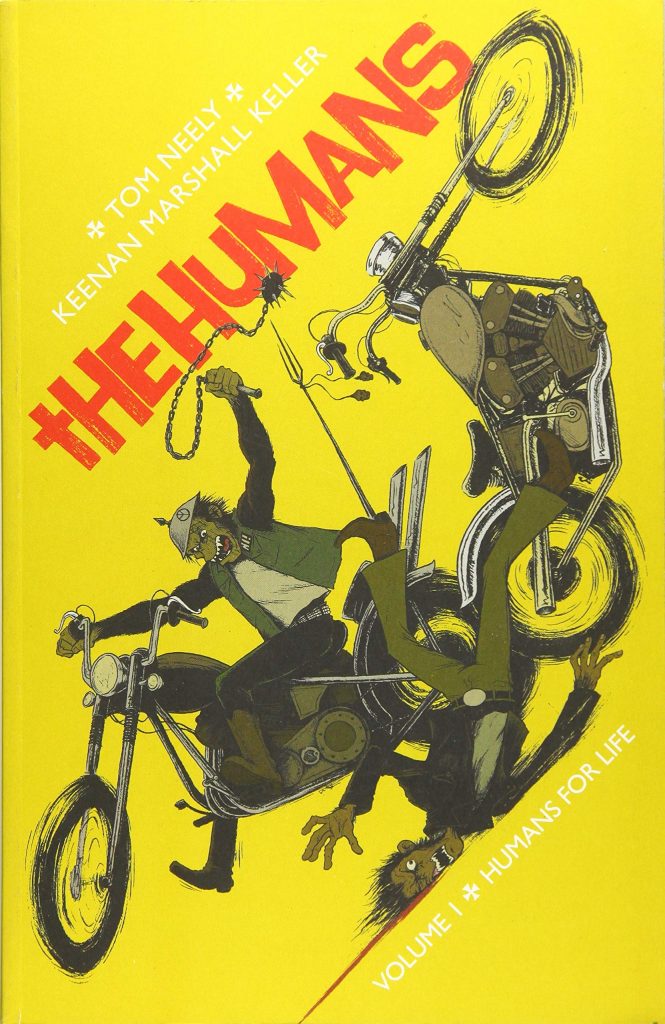 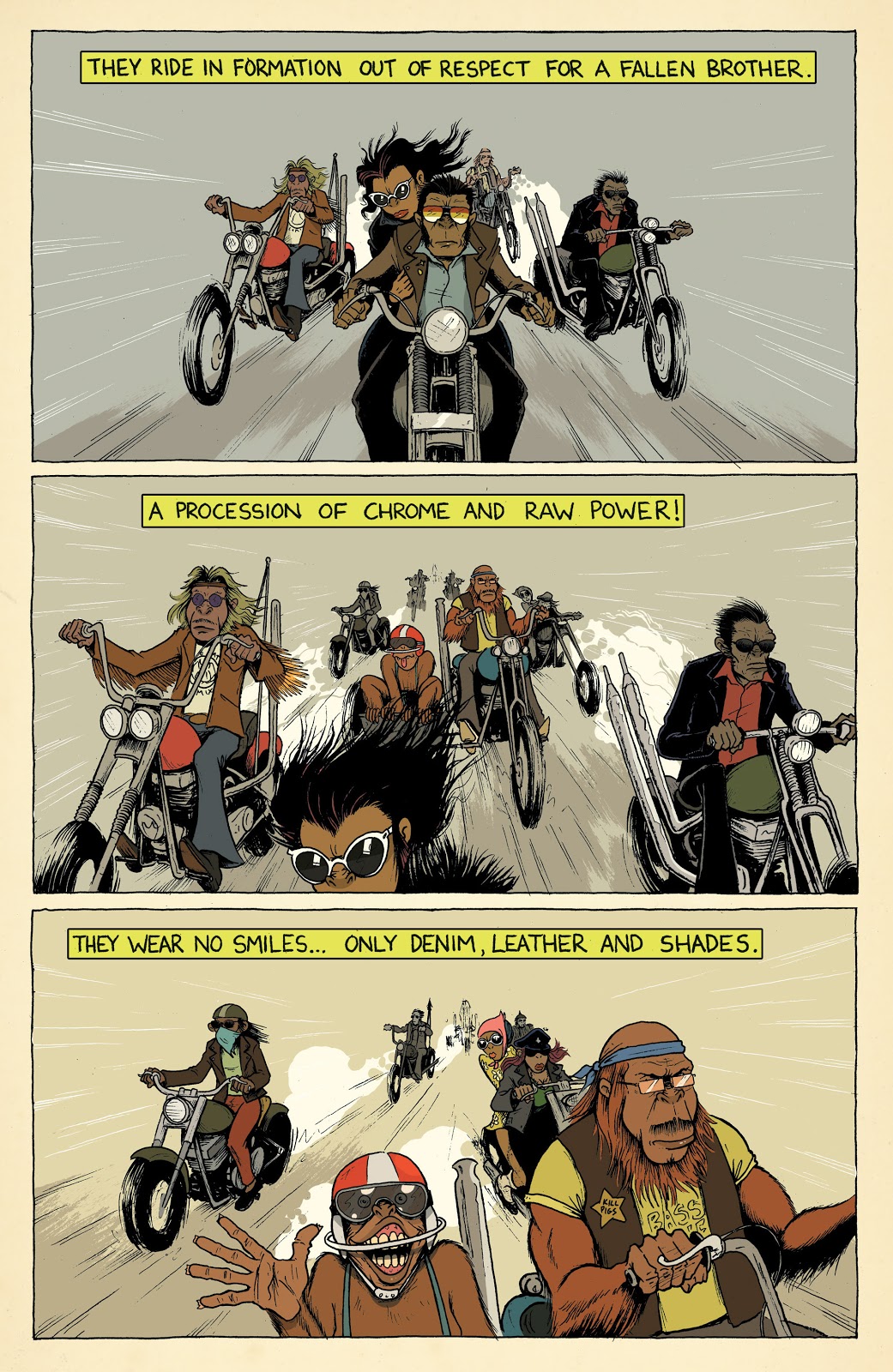 Mash The Wild Angels with Planet of the Apes and you have The Humans, 1970s bike club brotherhood with Apes. They aren’t the only films Keenan Marshall Keller channels, and fans of seamier early seventies movies will catch several other references in this story of Johnny returning from Vietnam. He’s seen some things and lost a lot, and he’s trying to work it all out as he makes his way back to the Humans in Bakersfield.

If Keller’s locked into the early 1970s, Tom Neely’s cartooning reaches back a little further, hosting a pop art vibrancy and presenting an amazing imagination. The Humans is a book able to be read quickly, or very slowly if the time is taken to have Neely’s art sweep over you. For all the pop art references, there’s a fine art look to the compositions, and when he’s able to let loose with a full page or a spread, the effect is mindblowing, with colourist Kristina Collantes applying the brilliantly vivid final touches. The third chapter has a stunning spread merging the morning after human detritus of a party with Johnny’s Vietnam flashbacks, so well conceived, with multiple images of Johnny walking through the room and back into his memories. That’s just part of Neely’s visionary skills. He relishes character design, coming up with suitable specimens to fit all the groups Keller introduces, as if creating sets of  trading cards.

There’s a different feel to each of the four chapters as Keller and Neely explore the Humans’ world. We’re shown the biker funeral first, complete with rumble, then the biker party followed by Johnny’s early days in Vietnam and closing with a more structured fight. There’s a distinct mood to The Humans, not quite as wacky as Tank Girl, but along those lines. It’s a celebration of a straight to video sleaze and a nihilistic life unfettered by regulation. It’s not going to be a long life, but it’s going to be one hell of a ride, and it continues in Humans Till Deth. 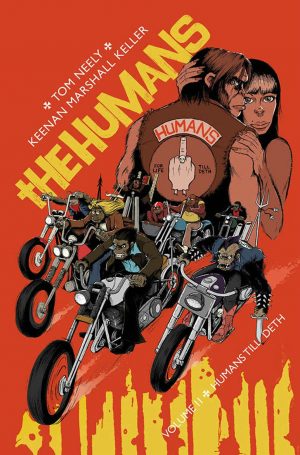