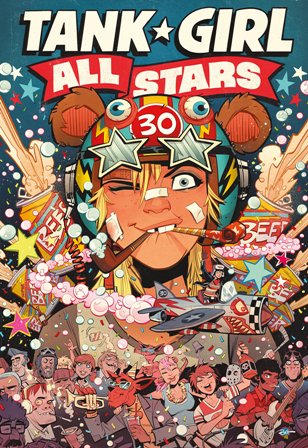 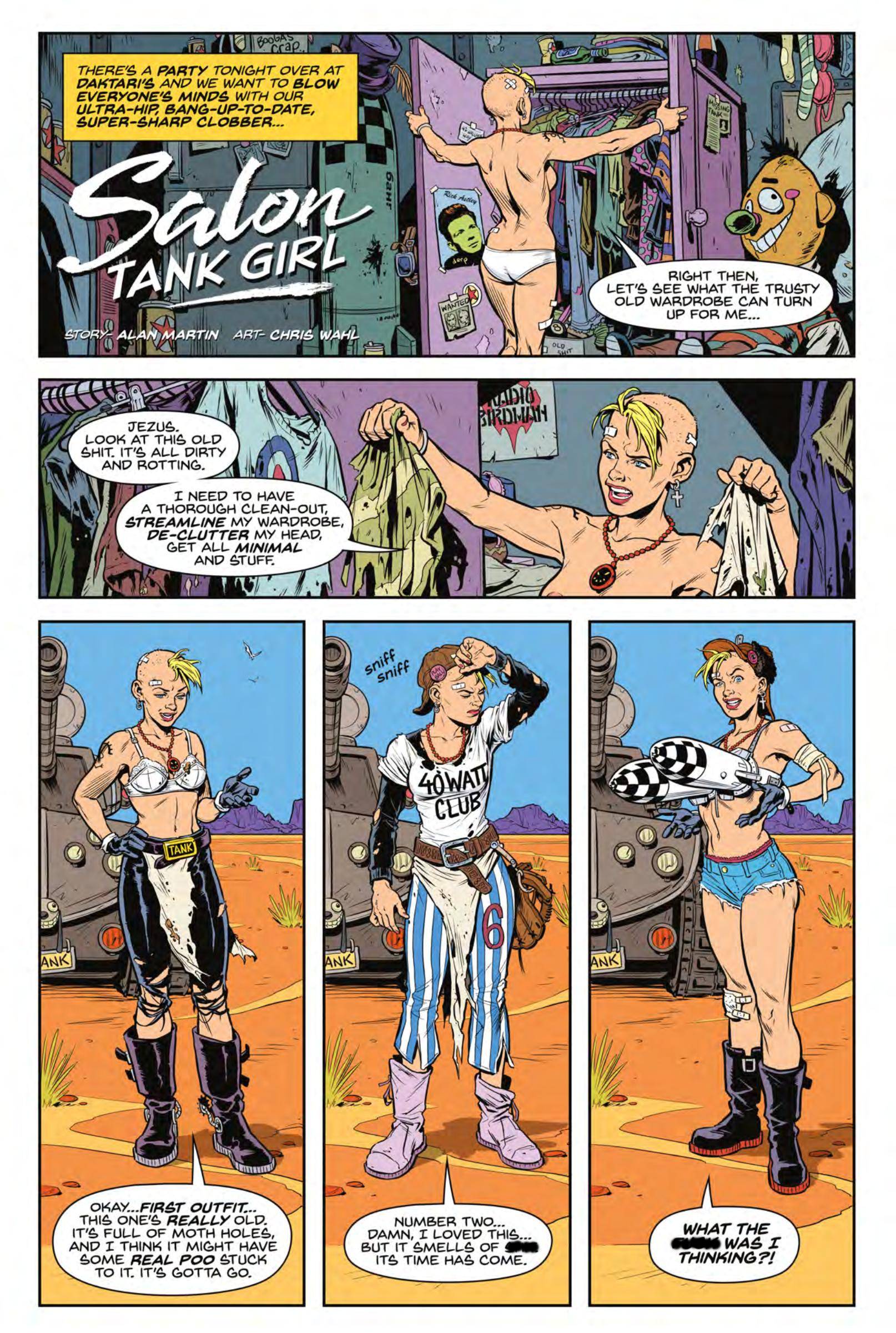 It’s sobering when comic book icons, among many other things, reach certain milestones as it also reminds one of their own age. In this case Tank Girl, the counter cultural offspring of writer Alan C. Martin and artist Jamie Hewlett, has been around for 30 years! Tank Girl’s anarchic spirit, irreverent attitude, kick-ass independence and potty mouth made her a cultural icon for the post-punk Riot Grrl movement and a mascot for the Lesbian community in the political zeitgeist of 1990s Britain. In the process, Tank Girl became an unintentional champion of feminism, and that she was created by two blokes didn’t really matter. A film adaptation in the mid-1990s didn’t go exactly to plan, but bizarrely Tank Girl has survived under various writers and artists. Even now Tank Girl badges are proudly stitched onto jackets and every Comic Con has at least one cosplay, so to celebrate the occasion Titan Comics released a series of new short stories, illustration, prose and poetry.

The usual suspects are all here with Tank Girl and Booga, including Jet Girl, Sub Girl, Barney and Zulu Dobson plus a few other fan favourites. Original writer and creator Alan Martin writes the lot with art provided by Chris Wahl, Jonathan Edwards, Jim Mahfood, Warwick Johnson-Cadwell and Phil Bond. Brett Parson illustrates the four-part main story ‘Time for Tank Girl’, a pop-art inspired madcap tale of a possible mutant outbreak. While his name is on the cover TG’s original artist Jamie Hewlet sadly only contributes a little interior art as do Ashley Wood and Greg Staples. The whole book sends up Tank Girl as much as it celebrates her success, from her outrageous dress sense (‘Salon Tank Girl’) to spoofing her origins (‘A Brief History of Tank Girl’). The plots are as simple as an argument over cups of tea in ‘A. Robot’ or the gang imagining themselves in kids’ TV shows in ‘Stand By for Tank Girl’. It doesn’t really matter what prompts or drives the story, all the stories go from zero to batshit quickly in true fashion

Artistically the styles are diverse though Brett Parson’s art feels the most classically TG so it’s fitting that his is the showpiece. Wahl (sample) is another artist espousing a classical look, but the art is diverse, espousing everything from underground influences to surrealist and abstract styles. There’s bound to be an artist the reader will like best .What one dislikes, another will love. It’s zany and absurd and with plenty of chuckles though most gags rely on you being familiar with the character on some level even if it was watching the film.

As much as Tank Girl has inspired she has also polarised. Most things do but you can’t deny her influence. Actress Margot Robbie is planning a cinematic reboot and Titan Comics have launched the first ongoing Tank Girl series with Action Alley. All Stars is a celebration of everything TG is, what she has become and everyone who has ever worked on her. You’ll like it or you won’t and to be honest Tank Girl probably doesn’t give a damn what you think!! 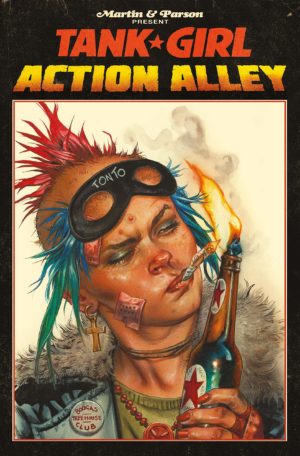 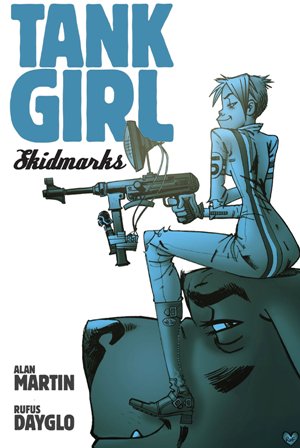 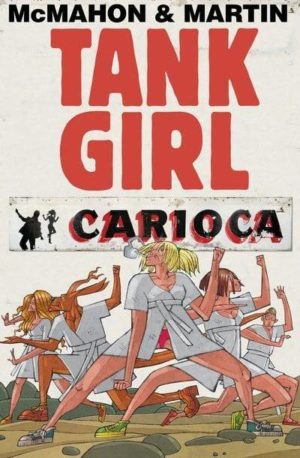 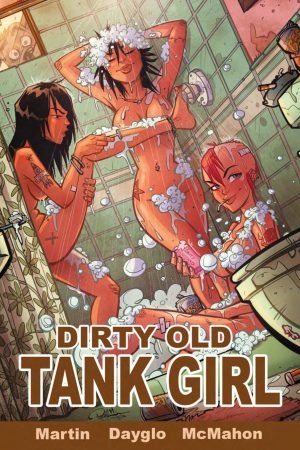