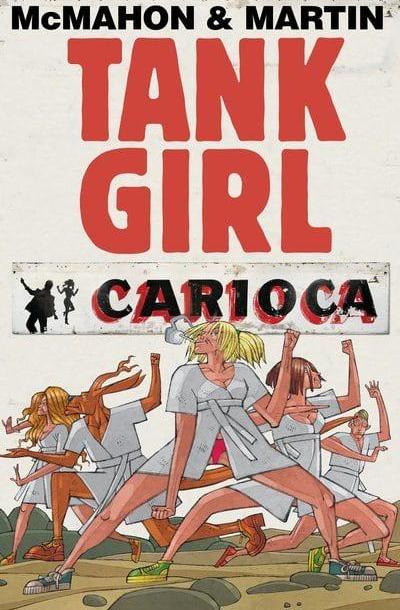 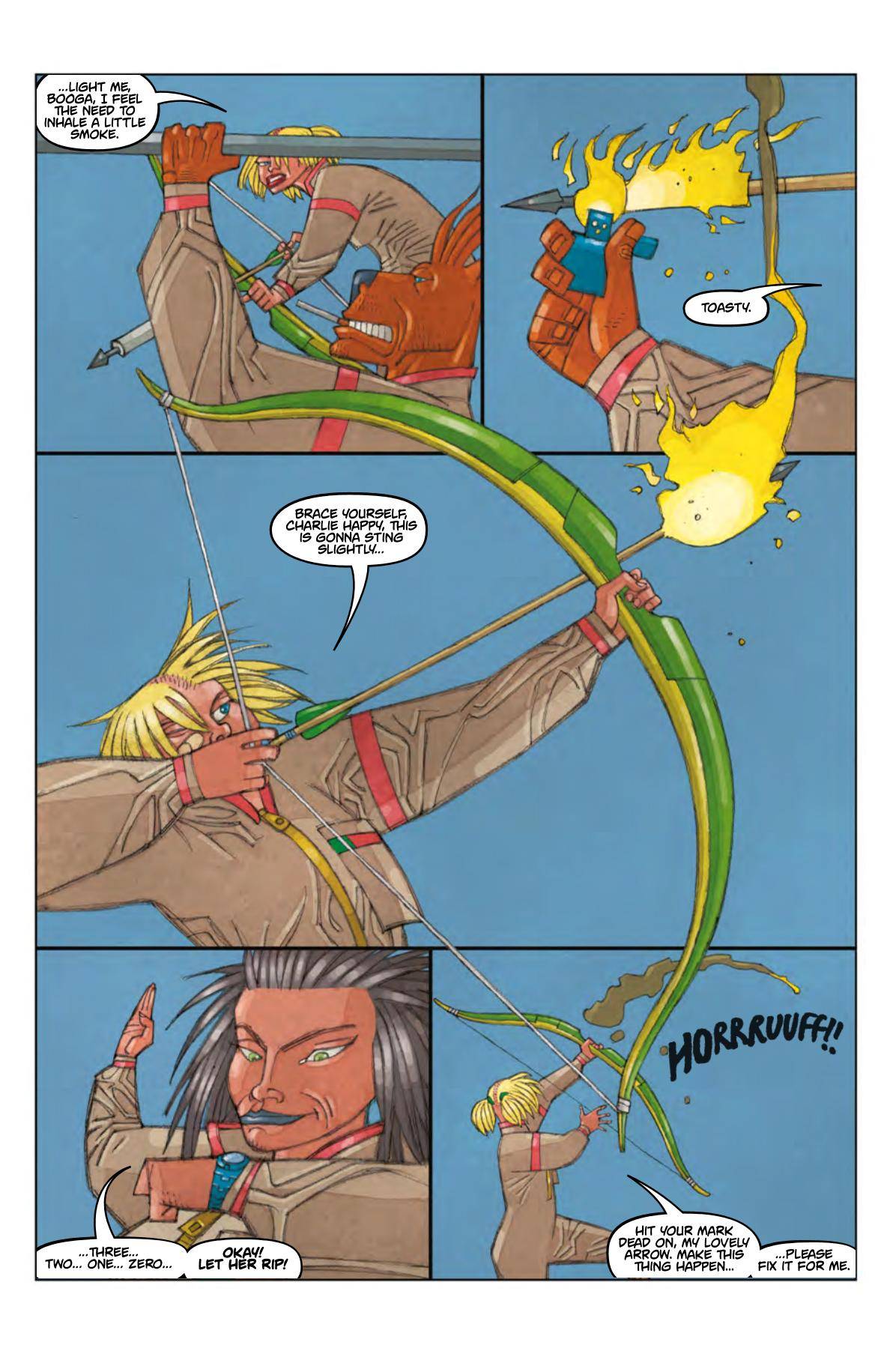 Tank Girl and humanoid kangaroo boyfriend Booga have managed to get into a taping of their favourite TV show Quizbingo, hosted by the obnoxious Charlie Happy and his wife U-Leen. They themselves are being obnoxious when selected to play the next round to focus attention back on the quiz itself. Things get out of hand and Charlie reveals that he isn’t just a tool on TV he is one all the way to his core. He’s made a big mistake because if anyone is capable of outranking him as Chief Tool, it’s Tank Girl and she’s rounding up the gang for a game of revenge, violence, spiritual enlightenment, more revenge and even more violence.

Carioca is named in honour of a nightclub creator/writer Alan C. Martin frequented in his youth, a place he felt happy and truly himself. While he calls it the quintessential dive, it was a place of self invention and experimentation where he learnt about life. This is a tribute to that time and the now long closed nightclub which, judging by this book’s crazy antics, must have been something. A love-letter to his youth this is also Martin’s big fat middle finger at abusive, corrupt and manipulative authority figures. The moment Charlie Happy appears you’ll know the kind of person he means and with all the released pain comes a lot of soul searching, making this the most personal Tank Girl ever. The plot is violent lunacy, seldom making sense though nobody who reads TG frequently would expect otherwise. Satirising enlightenment as a means to simply gain more influence, Martin asks out loud, “Why does the martial arts master always say you must pursue peace and calm only to kick the snot out of everyone in a 50 mile radius?”

It is Mick McMahon, legend of British comics, who illustrates with a brightly coloured and surreal 2D style that oozes dream qualities. This is nothing like his work on Judge Dredd or The Last American, more underground comix than mainstream though it is closer to the latter.  Whether you like it or not may depend on how much of a McMahon fan you are but there is no denying an impressive range in styles he can employ as an artist. That is something people might overlook in the normal settings and it does work despite its strangeness.

Odd even by the usual Tank Girl standards, Carioca is Martin’s catharsis, his own personal journey translated through his own creativity. Someone venting their past can make observers uncomfortable, but there is something engaging and relatable within the story. All of us can relate to the pain of betrayal and disappointment, most have wished they could go back to a happier, simpler time and place. That Martin keeps you invested through all the madness is a skill indeed. Participating in a story so personal will not be to everyone’s taste, especially in a British strip where the cultural sentiment is keep your business to yourself, but that’s Martin and Tank Girl for you, subversive on every level.

Difficult to find on its own Tank Girl: Carioca is also collected with Skidmarks in the Dirty Old Tank Girl omnibus.