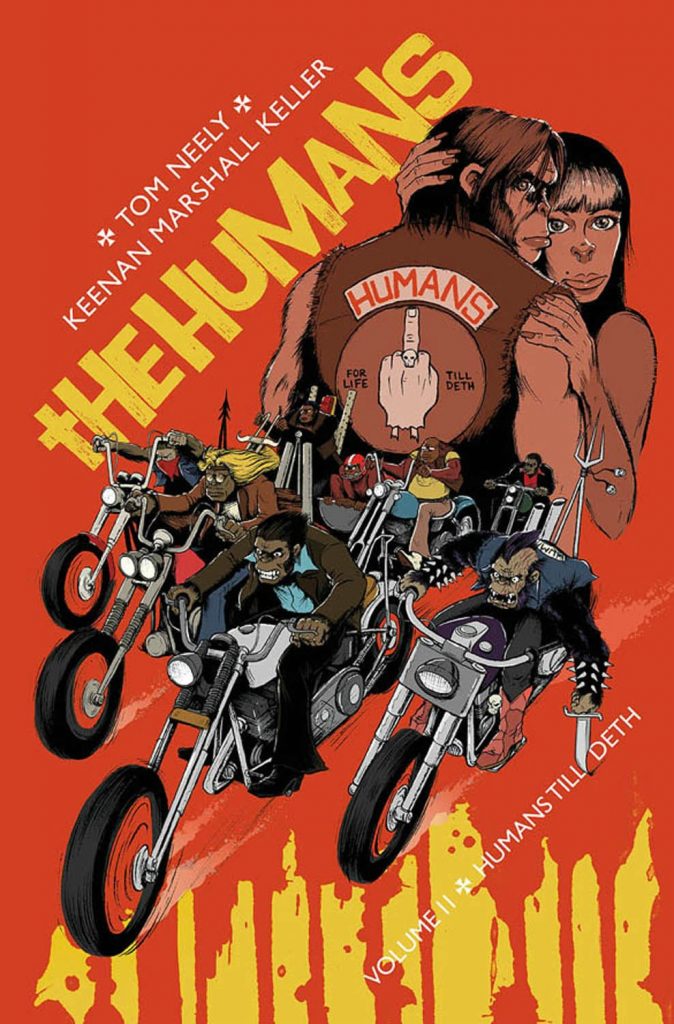 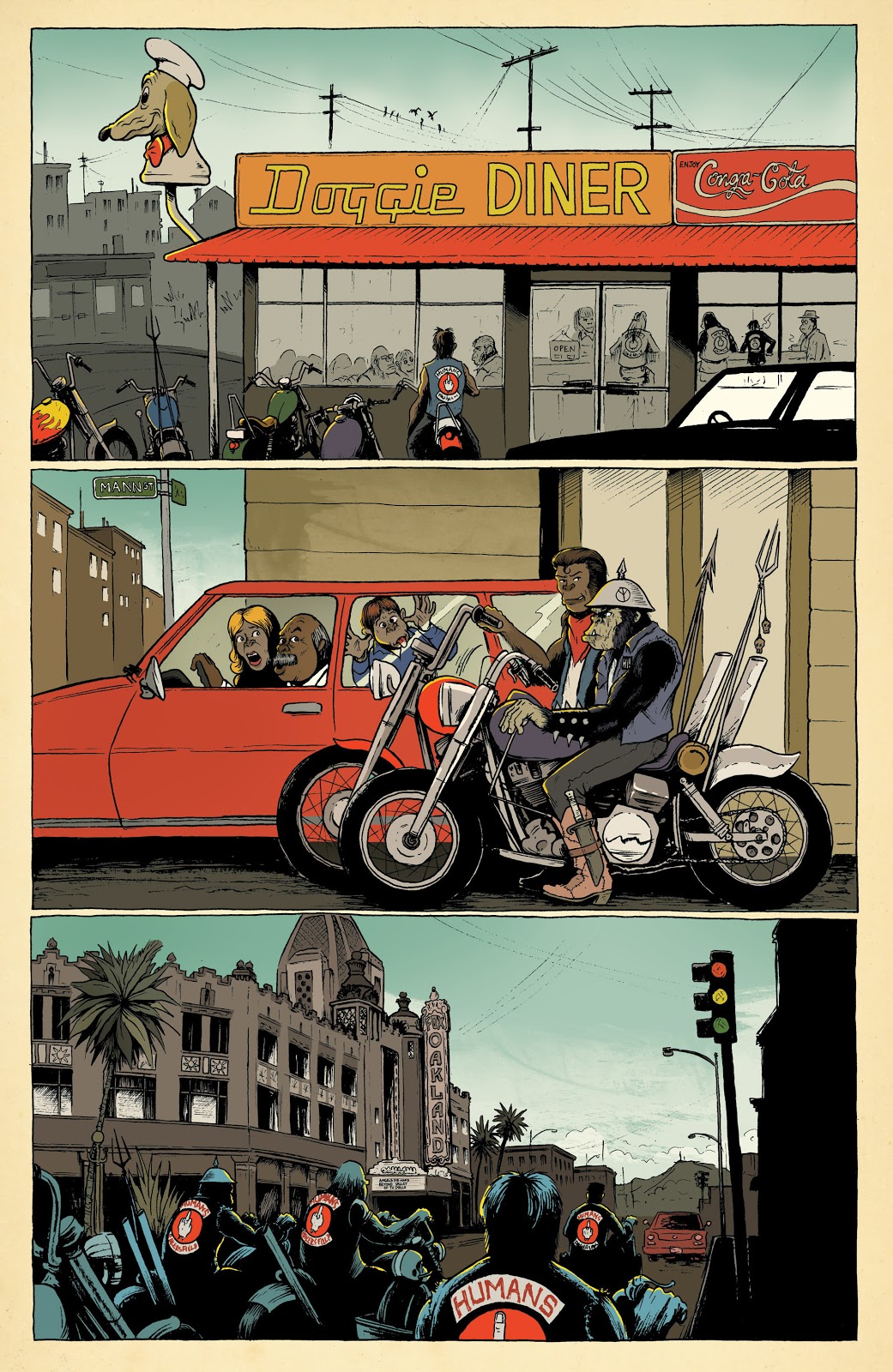 Mainsteam comics have seen very little like The Humans. It’s as if writer Keenan Marshall Keller and artist Tom Neely’s starting point was an attempt to make the visceral underground comics obsessions of S. Clay Wilson somehow palatable for a wider audience. What they came up with was an all-ape biker gang set in the 1970s, featuring recent returnee Johnny still processing his Vietnam war experiences. It’s a cartooning tour de force, sometimes funny, often violent and always stylish.

A risky manoeuvre paid off for the Humans to conclude their opening volume, as they scored the drugs run from Bakersfield to Los Angeles. However, the even harder part is getting the stash there when so many others figure it should be theirs. Great as it was, the first volume skated by on one hell of a lot of mood with random moments of plot, and Humans Till Deth is where they come together. Because Keller is dealing with iconic archetypes it’s rare that anything surprises from the inevitably doomed on down, but something becomes iconic by transcending the form. Johnny has a garage full of Brando moments to fall back on from a tortured mind to recognition of the horror.

We’re never very far from a scene of all-out mayhem, and that’s Neely’s speciality, calamitous cartoon violence, kinetic and explicit. The peak performance is several pages counterpointing Johnny reuniting with his girl and the Humans being attacked by rivals in a bar, written by Keller to mirror the sex in pace, climax and post coital process. It’s one of several amazing scenes, the chase, the retribution, the assault, all with the violence maximised in glorious trashy taste. As before, Kristina Collantes’ colouring is integral to the entire package. It’s the brightness that first attracts the attention, but for the deep moments the shades are subtle, and add so much. Her pin-up in the back shows she’s some artist as well.

With Clyde, Kirby, Marra, and Rugg as named influences (see recommendations) the going was always going to be wild and the end run is hilariously and apocalyptically over the top. Another triumph.