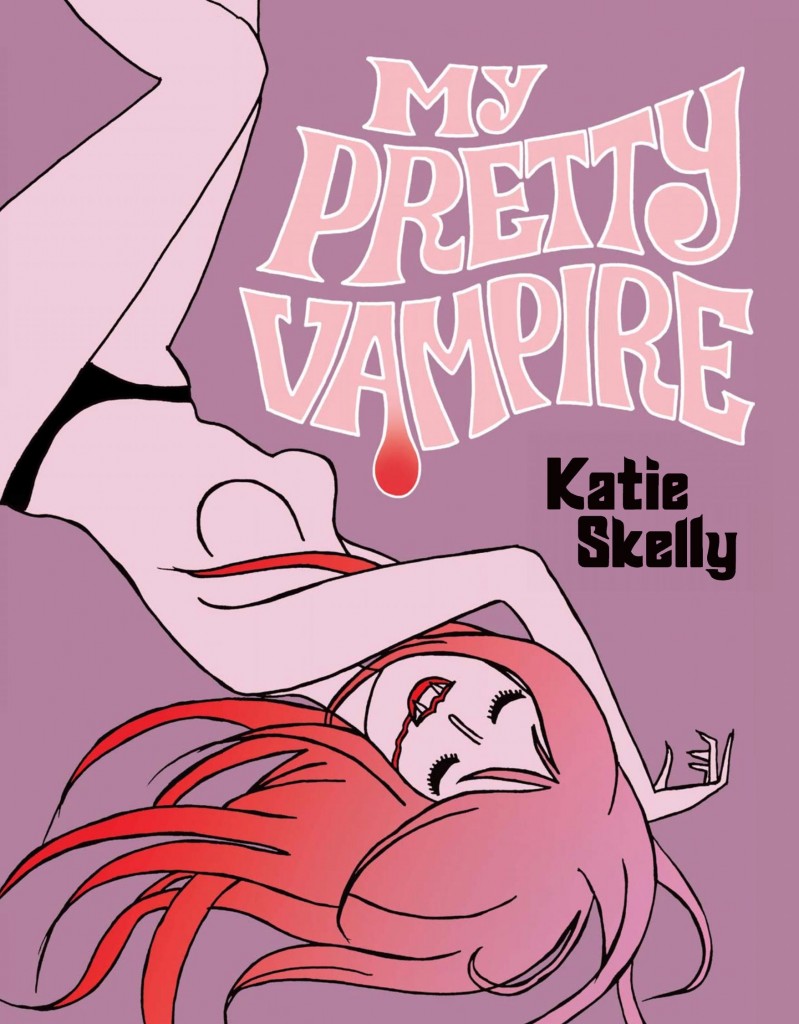 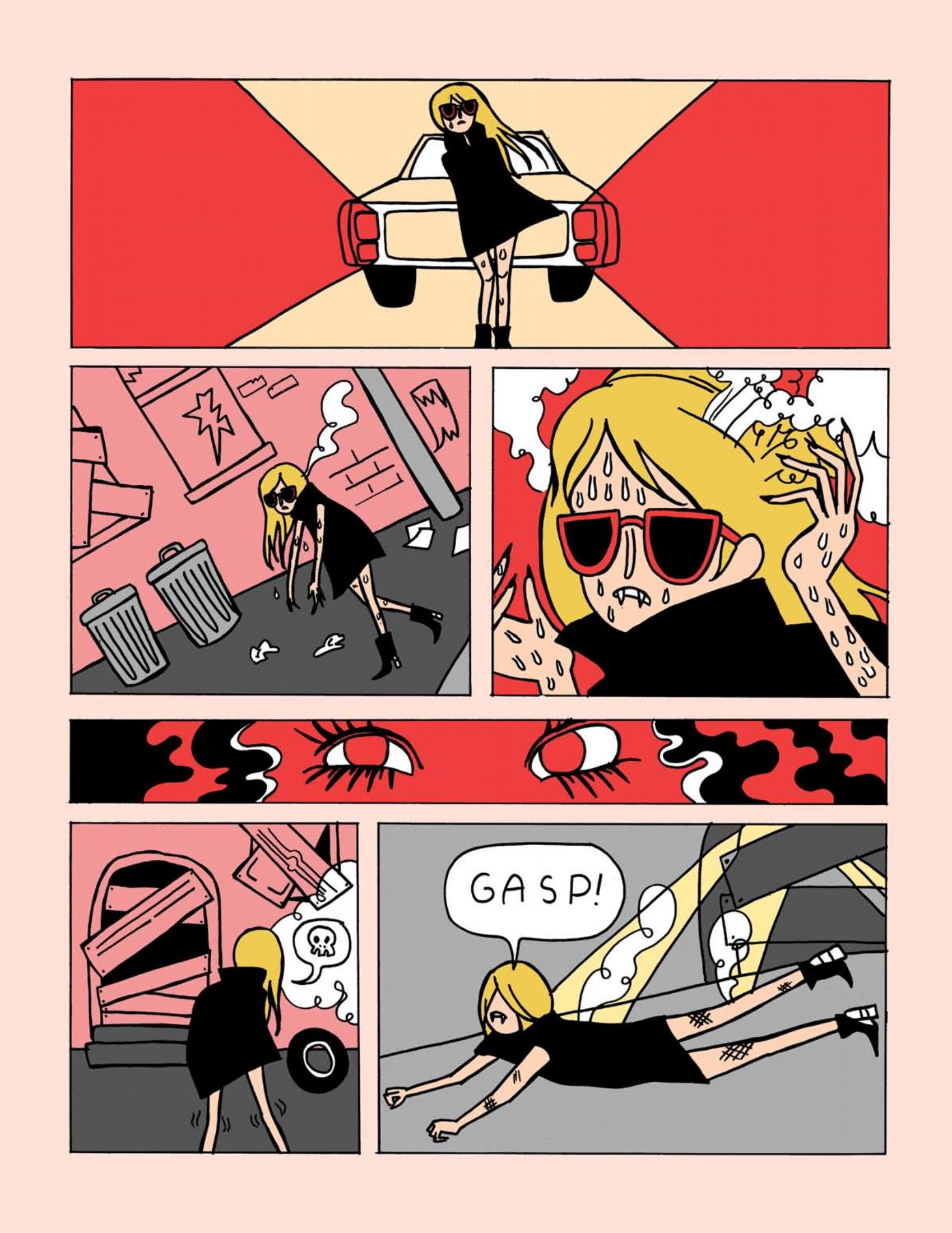 My Pretty Vampire ticks many boxes when it comes to vampire mythology. Traditions applied include the bloodlust, the tortured and attractive lead character, her claustrophobic existence, and the seedy underbelly of the exploitation movie. Yet once those are established Katie Skelly discards many other expectations. The story is dark, but the graphic novel is bright, and for most of the time it’s the vulnerability of the teenager that’s emphasised rather than the murderous instincts of the vampire.

Since being transformed into a vampire teenage Clover has been cared for and protected by her brother, who supplies ox blood for her to drink, enabling a near normal life, although he’s creepy and sinister. It isn’t enough, and Clover escapes. It’s quite the trick to render a vampire and an instinctive killer as a sympathetic character, yet Skelly manages it. The horrific needs are documented, but like any other teenage runaway Clover is otherwise lacking for all home comforts and seriously out of her depth in a world she doesn’t fully understand. Skelly accentuates this via her flat, two-dimensional illustration, which offers many memorable images that could be effective t-shirts. A panel of nails scraping across a floor is great.

An early moment has Clover noting how much sharper and stronger she feels after human blood, sourced in the traditional neck-biting manner, and Skelly offers other snippets indicating a deep consideration of vampire lore. This, however, is just seeded into events in passing so as not to mess with a carefully cultivated light mood. Some elements betray My Pretty Vampire as the work of a novice creator. There’s a reliance on dreams, the very wooly background concerning a vampire society, and a conclusion that’s dashed off rapidly when compared to the lingering on other matters. These aren’t enough to shred the experience, but they stand out.

There’s an alternative reading of My Pretty Vampire, in which the vampirism can be seen as a metaphor for repressed female sexuality. The final chapters certainly provide enough evidence to solidify that theory, with Clover stepping into her adult life, along with the revelation of how she became a vampire, but considering this for too long destroys the carefully cultivated sleazy mood.

A sense of fun is notably absent from many vampire stories, and Skelly provides that in spades. She’s a developing creator to watch.