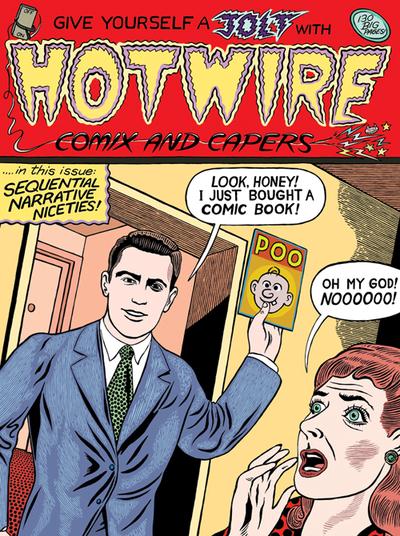 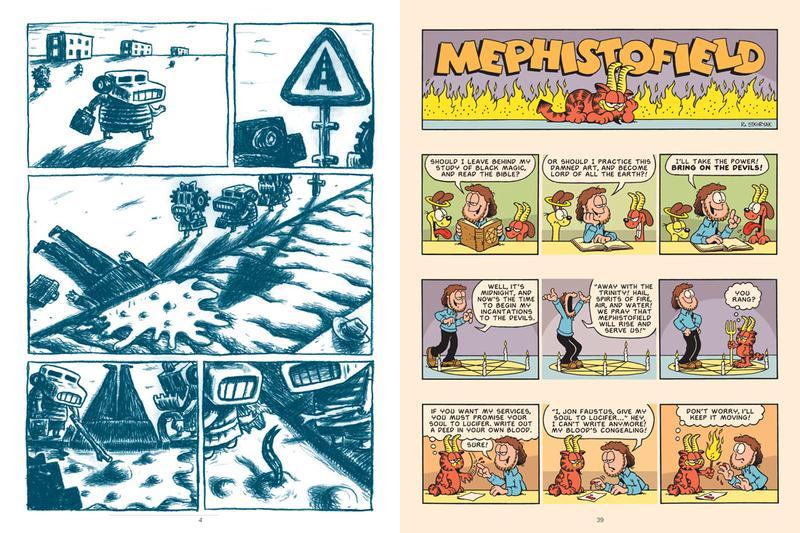 The two prime comic anthologies of the 1980s were Raw and Weirdo, and beyond an editorial belief that each presented quality, they had a polarised set of aesthetics. Raw prioritised design and production, while Weirdo almost prided itself on a thrown together, trashy vibe. The lovingly compiled retrospective Book of Weirdo may prompt re-evaluation, but it’s Raw that’s remembered and has the critical plaudits. Thematically, Hotwire is the lowbrow culture fascination that propelled Weirdo, with some upscale production they’d never have countenanced. It’s the spirit of the 1960s underground passed to a third generation by 2006. Editor Glenn Head gathers the outsiders and woebegotten of the comics world, those whose cartooning might not rank among the finest technically (although some does), yet whose expression offers a greater individuality than the homogeneous mass of “mainstream” artists. The difference, however, between the 1960s and 2006 was that the outsider status of the contributors was now validated by respected publishers with prism vision. Almost everyone included here has been published in book form by Fantagraphics or similar.

That noted, the format defines the content. Johnny Ryan’s scabrous strips are always short, but as comics have become more respectable, the graphic novel or collection has become the package of choice and the anthology has been marginalised (this despite Fantagraphics’ best efforts). It’s sometimes to the detriment of creators who’re very individual and funny in short doses, but plough a narrow furrow. Collections serve to dilute their appeal instead of cementing it, yet within an anthology they stand out. Who doesn’t like a chocolate box? If David Paleo’s hazlenut praline isn’t to your taste, maybe Michael Kupperman’s orange crème will hit the spot, or Matt Madden’s chocolate caramel. The variety is immense, and the surprise is how many creators reflect their forebears. Rick Altergott has always channelled Wally Wood, and R. Sikoryak deliberately mimics Garfield, but traces of Johnny Craig, Kim Deitch, George Herriman, Winsor McCay, John Pound and Basil Wolverton are present among others.

While some styles are a matter of personal preference, every contributor steps up to the plate. Previously discarded studio floor doodling is absent. Sequencing is an under-rated talent of the anthology editor, but Head guides us smoothly through Hotwire, changing the mood by increments from hilarity to the considerably disturbing, though crime and back again. There’s room for the coarse, the introspective and the conspiracy theorist, respectively Onsmith, Carol Swain and Mack White, while Altergott’s closing two pages incorporate many of the previous moods, being surreal, disturbing, funny and provocative. Much the same applies to Max Andersson’s admirable ‘Car Boy’, the opening contribution (sample spread left) providing a taste of what’s to come. Head’s own strips are hilariously manic distillations of noir crime narratives, and there’s even room for Craig Yoe’s foldout pin-up.

There is the occasional letdown, usually the work of lesser known names, but Ivan Brunetti’s two pages have his precise cartooning and downbeat mood without ever conveying much other than the disappointment of life. Perhaps that’s how he felt at the time.

Because the content isn’t anchored to any time or style, Hotwire remains an engaging read with moments to ponder, some prompting belly laughs and some great cartooning. Pleasingly, it was successful enough to rate two further collections. 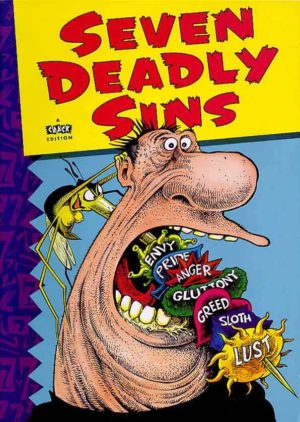