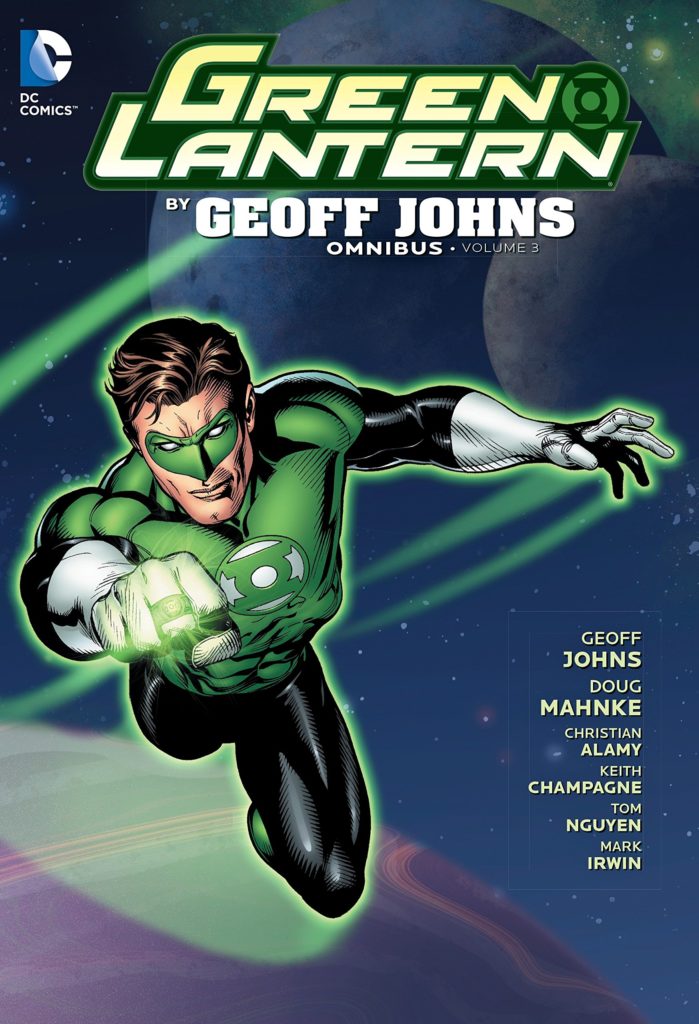 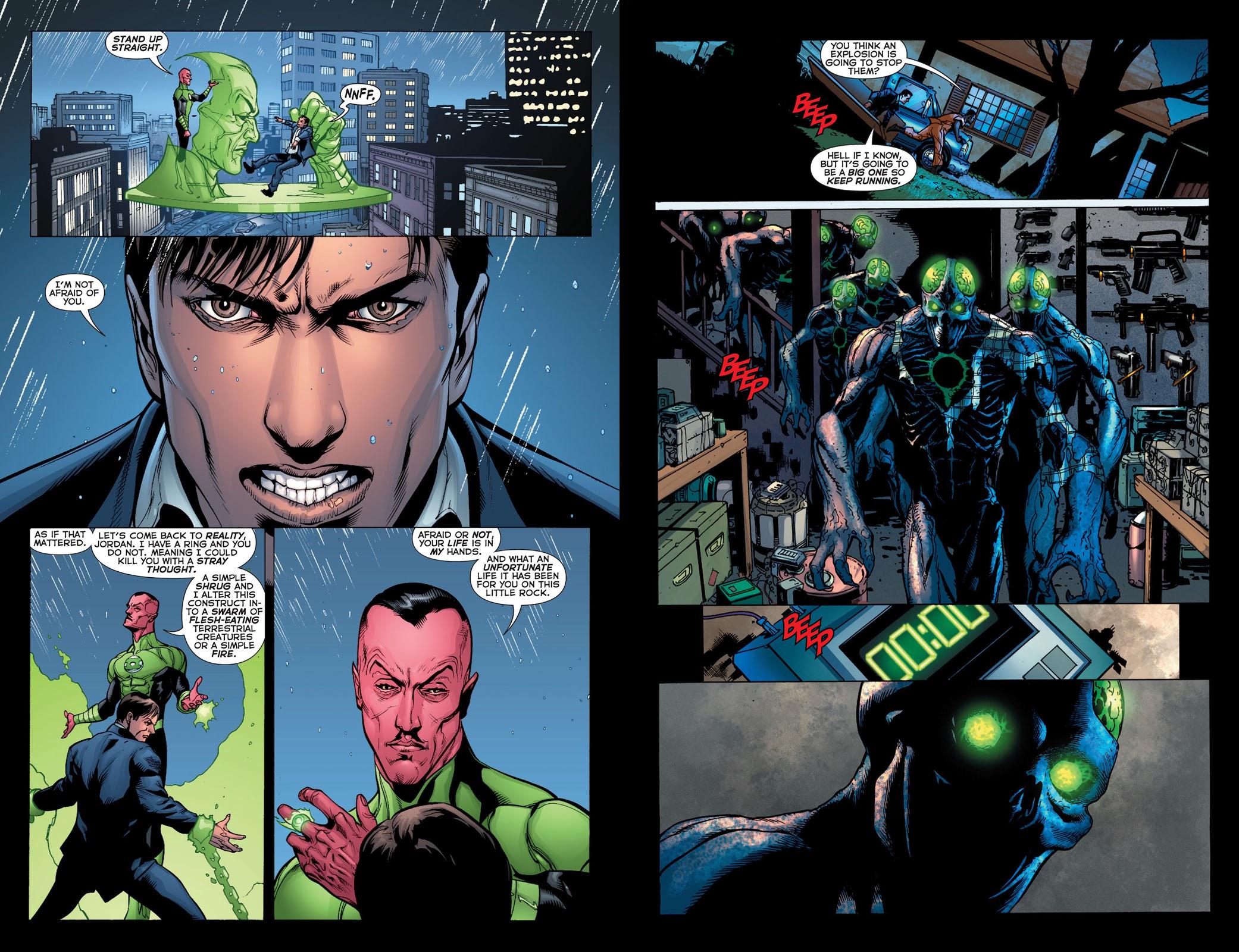 Over the course of nine years writing Green Lantern, Geoff Johns grasped an ailing franchise and gave it a complete creative overhaul, introducing a multitude of new ideas, characters and pretty well constant thrills. Well, for the most part. With Blackest Night dealt with in Omnibus Vol. 2, the plot that fed all subsequent stories was the seeming corruption of the Guardians of the Universe, and it’s where Johns lost his way somewhat, dragging Green Lantern and all associated titles from one crisis that needed the involvement of thousands to the next. The inevitable consequence was the epic becoming commonplace, patched together with the joins showing as Johns seemed unaware there was a problem of diminishing returns.

In paperback this content is found as Green Lantern: Brightest Day, War of the Green Lanterns, Sinestro, Revenge of the Black Hand, Rise of the Third Army and The Wrath of the First Lantern. Four of those six volumes are crossovers involving multiple detours into other titles for the complete story, not all of those detours included here, although not all are required. Johns continues to throw in surprises, but it’s the character moments that are the most memorable. He rebuilds the relationship between Hal Jordan and Carol Ferris, and innovatively forces a renewed companionship between Sinestro and Hal. The finale to that, right near the end, is an astonishingly heartbreaking moment beautifully written, as is most of the final chapter once the major villain of the piece has been dealt with. There’s also the introduction of another legacy character in Simon Baz, a new Green Lantern from Earth, initially confused and well characterised as events overtake him, but he’s eventually lost in the crowd.

While other artists shine, Fernando Pasarin especially, there’s no doubting the immense contribution of Doug Mahnke as an artist who constantly delivers pages with substantial power to them and consistently knows how to depict a scene for maximum impact. The sample art more than does him justice, and this Omnibus contains dozens of pages with an equal impact. The colourists become increasingly important also, and there’s some very subtle work here, only very occasionally dropping into the lurid as colours clash.

The jaw dropping chapter ending confounding all expectation is a Johns speciality, and several feature over the course of eleven hundred plus pages. Johns plays fair with these, not just contradicting them immediately, and often finding novel ways around situations. Hal remains the primary Green Lantern, but there are entire sequences where he’s barely seen, or his effectiveness is deliberately marginalised. It allows moments for newcomer Simon Baz, and particularly Guy Gardner to shine. They need to, because for the most part the villains are uninspiring, either the mass of them providing the threat or they’re powerful and tiresome. It’s a strange contradiction that Johns added so many rich characters to Green Lantern’s world, but few of them are outright villains. The likes of Atrocitus and Larfleeze could be seen as such given their motivations, but are forced into heroic action.

Johns may not have created Green Lantern or his mythology, but no other creator has added so much, something the very existence of an Omnibus recognises. This may the weakest of the trilogy, but there’s still a lot to inspire, thrill and enjoy. At its worst it only ever dips down to average, but at at its best it’s breathtaking.