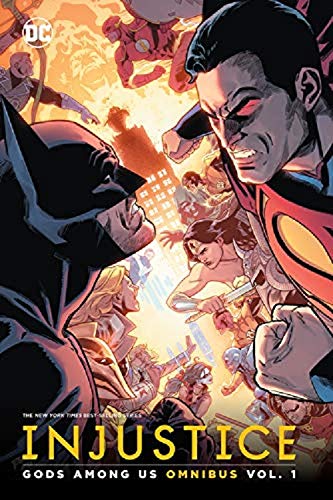 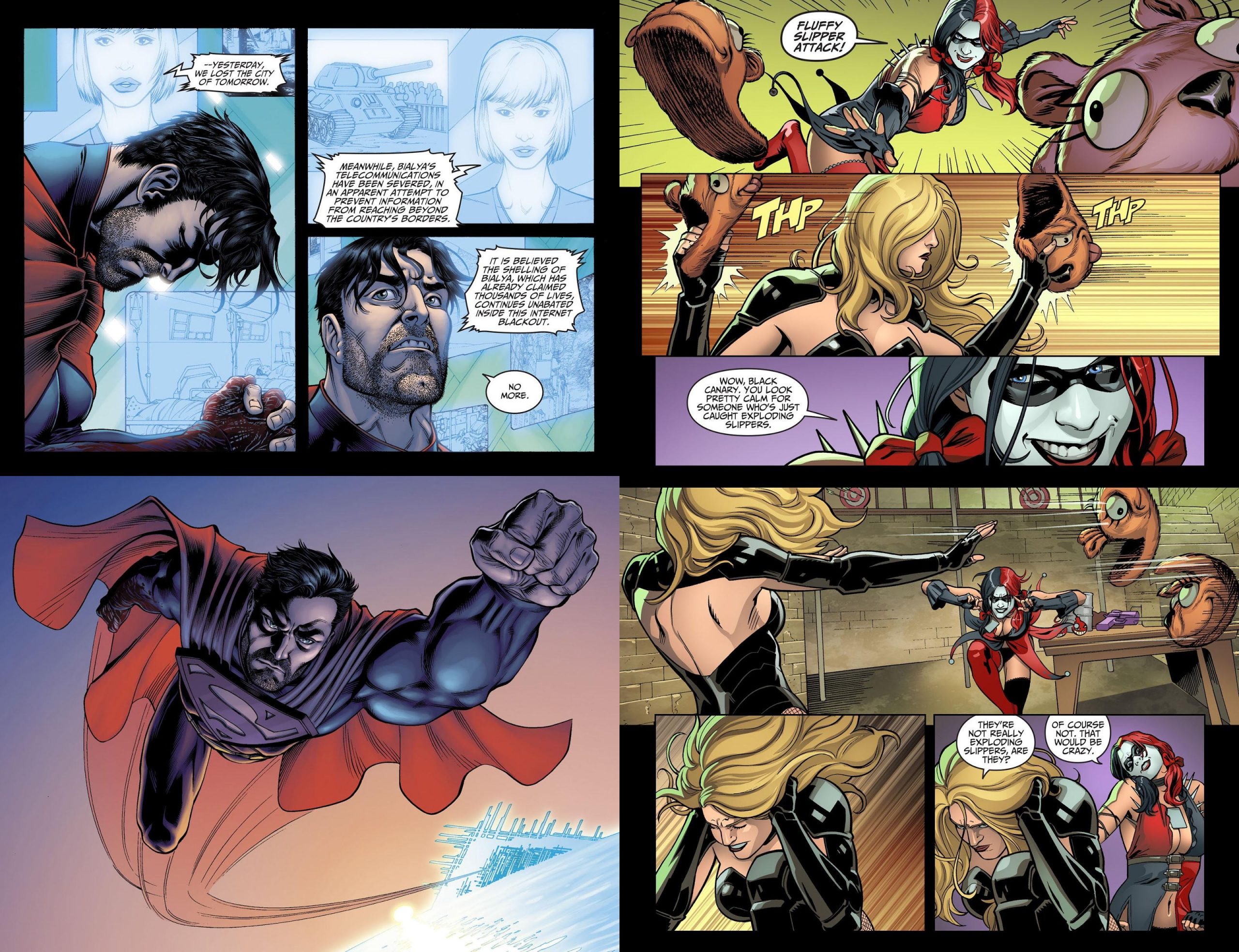 Comics don’t have a great track record when it comes to graphic novels based on computer games. There are exceptions, but you’d struggle to name very many. With Injustice, however, it wasn’t just a case of a publisher licensing a property and hoping to shift a few books, because Injustice: Gods Among Us is a game built around DC’s top of the line characters. The game and associated merchandise all feed back into DC’s coffers. Even taking account of DC’s extra incentive to ensure quality, surely no-one could have predicted just what a creative success this would be.

Much of the praise should be heaped on Tom Taylor, comparatively unknown back in 2012 when he took on the task of constructing the prequel to a world that Superman rules with an iron fist in the game. Taylor first had to come up with a reason for Superman’s mindset to shift so dramatically, and the result is suitably chilling. “No more. What happened yesterday can never be allowed to happen again”, says Superman addressing the world, “Monsters can no longer roam free among us”. And with that statement the road to hell becomes a reality.

Some heroes buy into Superman’s version of might making right, but Batman stands against that. At over 1000 pages, this Omnibus combines the original Gods Among Us series in which Batman takes a stand, the two volumes of Year Two in which Superman’s control of the world is cemented, and the two volumes of Year Three, which is where, at the halfway point, the quality begins to dip. That’s down to Taylor stepping aside. His five sixths of the series are filled with a multitude of nice little character moments, often surprising, where he defines someone with a well chosen line of dialogue or an appropriate reaction. It’s allied with imaginative thoughts such as the wider application of villains’ technology, and frequent plot bombs. Buccellato’s work isn’t poor, but neither is it inspiring, being far closer in tone to standard superhero battles.

Tom Derenick, Mike S. Miller, Bruno Redondo and Jheremy Raapack are the workhorse artists, with Miller (sample spread left) and Redondo (sample right) pulling well ahead of the other two in terms of pages produced. Redondo is the star turn, at home with slambang superhero action, alien planets or bar brawls, finding something interesting to draw in every scene, no matter how mundane it might seem. As ever with an Omnibus, the oversized presentation does the artists proud. Several others contribute a few pages at a time, with chapters by Neil Googe and Kevin Maguire standing out early on.

The emphasis shifts with the start of each of the three segments, but each is taut and entertaining, and as long as Taylor’s involved there are plenty of surprising moments. Cost will obviously be a consideration, but if you can afford it, this is the way to experience Injustice. A second volume completing the series is surely inevitable.