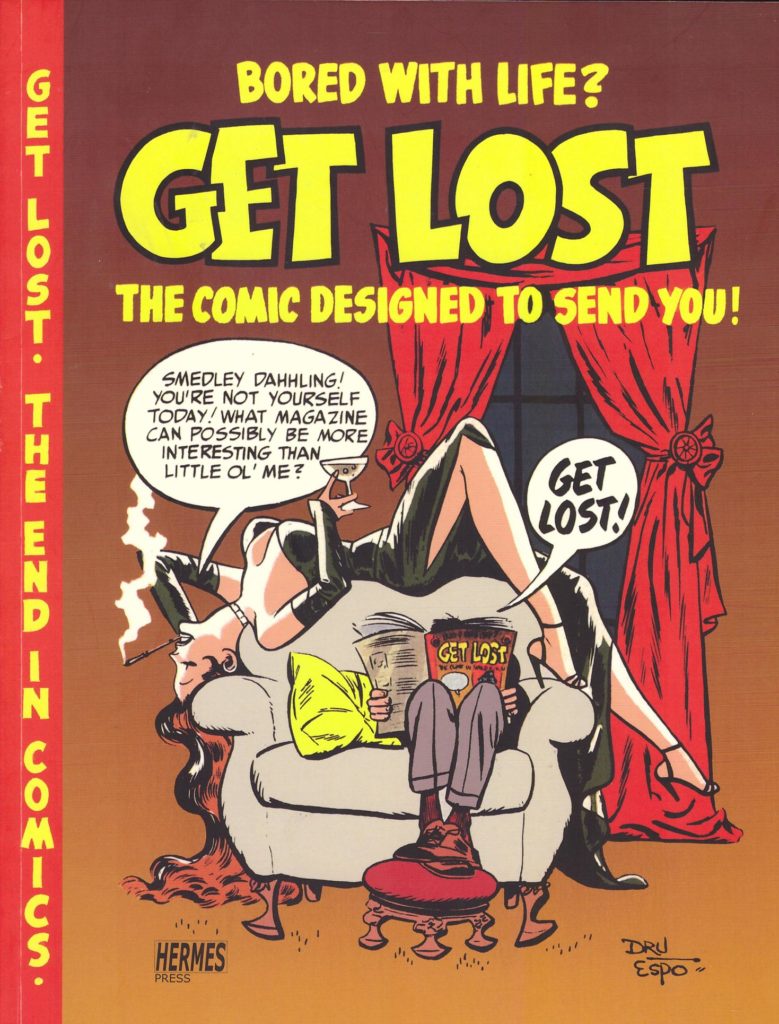 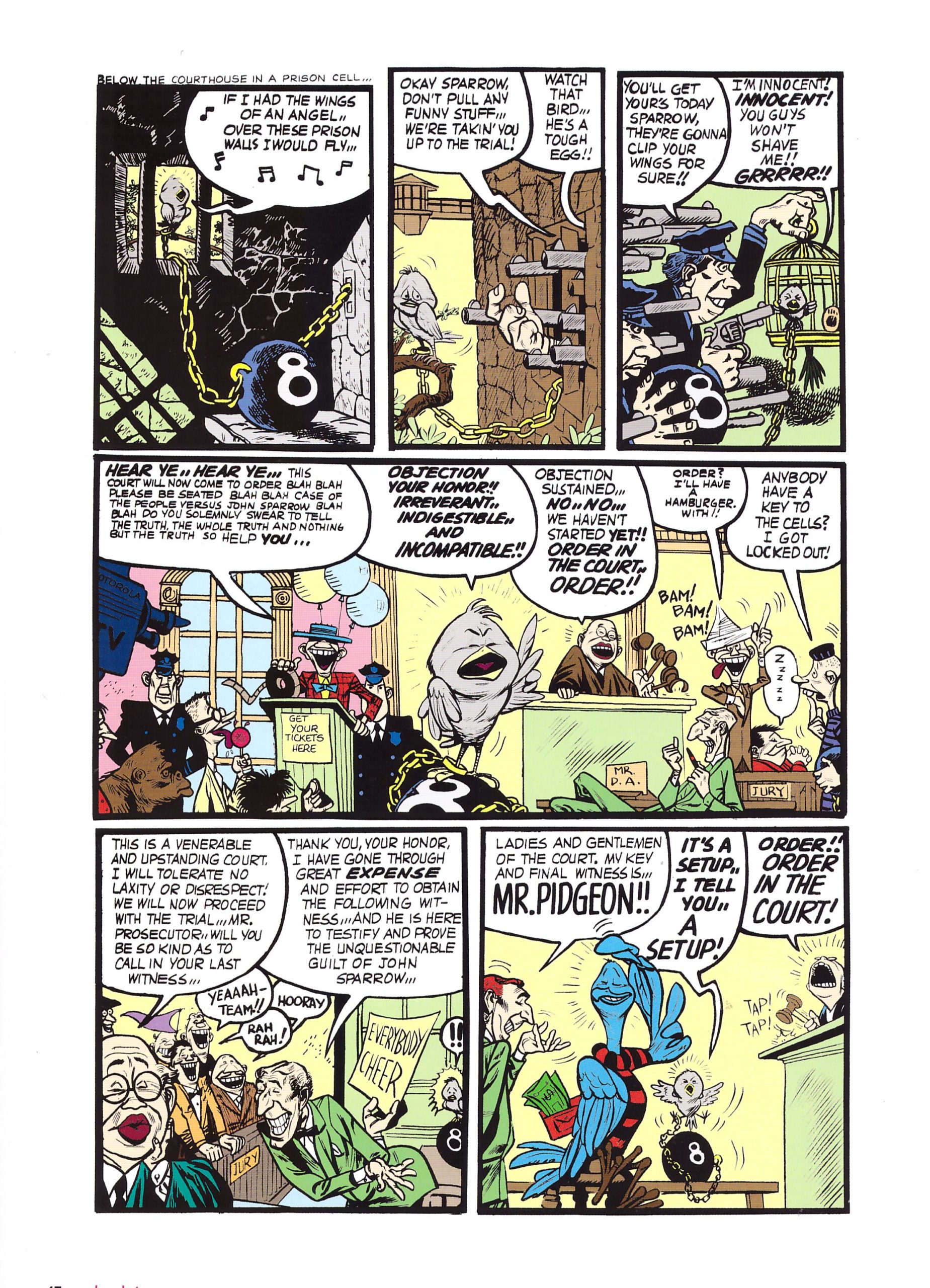 The instant and massive success of the comic version of Mad in late 1952 led to the predictable scramble from other publishers to introduce imitations. None of them had Harvey Kurtzman’s unique satirical sensibilities, and very few publishers could latch onto artists as capable as Jack Davis or Will Elder. 1954’s Get Lost stood a better chance of taking away a slice of that Mad income by virtue of pencil and ink team of Ross and Andru and Mike Esposito being first rate, enthusiastic and discovering they could produce funny scripts as well. It still only lasted three issues, all reprinted here on thick, glossy paper, along with a contextualising introduction and a short interview with Esposito.

Anyone not realising Get Lost is so derivative might be forgiven for believing they’ve discovered a lost masterpiece. The scripts spit out one gag after another, almost too densely, and an equal amount of visual asides fill the panels. It’s slapstick, farce and verbal dexterity to a high standard. Andru and Esposito rely far more on literary, TV and film parodies than Kurtzman, and until the third issue it’s a rare strip not mining that seam. Unfortunately it also means anyone with limited knowledge of 1953 and 1954’s big cinema hits misses some of the parody, almost certainly the case for ‘Don and Martha’ a two page pastiche of Stan Freberg’s John and Marsha, which consisted of little but the two names spoken in different tones.

That Get Lost was a work in progress is seen with the final issue. Here Andru and Esposito expand their horizons a little further, although they’d varied the look of the art from the start, signing the strips with aliases to suggest a larger staff (although future SF author Harry Harrison wrote a text piece). They’d begun the process of change with a strip pastiching EC’s horror format, either baiting EC publisher Bill Gaines who’d taken them to court for copying Mad, or possibly providing the final straw. Freberg’s John and Marsha is again an influence. That third issue varies the content considerably with a page of reviews, a multi-layered extemporisation around ‘The Spider and the Fly’, a nutty one-pager about geometric shapes, and advice on how to ride the New York subway. That’s alongside a caricatured John Wayne, and a Gunga Din skit.

Sometimes Andru and Esposito are carried away, packing too much into panels, leaving nowhere for the eye to rest comfortably, but that’s the cost of their fertile imaginations. As noted, time has reduced some jokes to head-scratchers, the reference long forgotten, but here’s where the density works, as there’s immediately another gag. Laugh and admire.