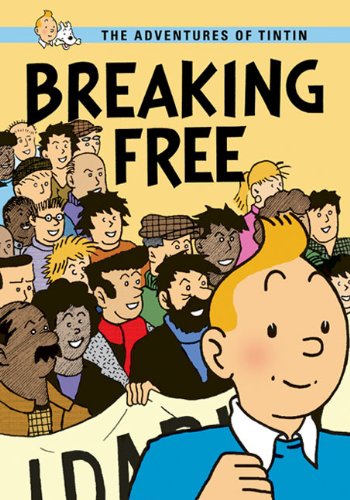 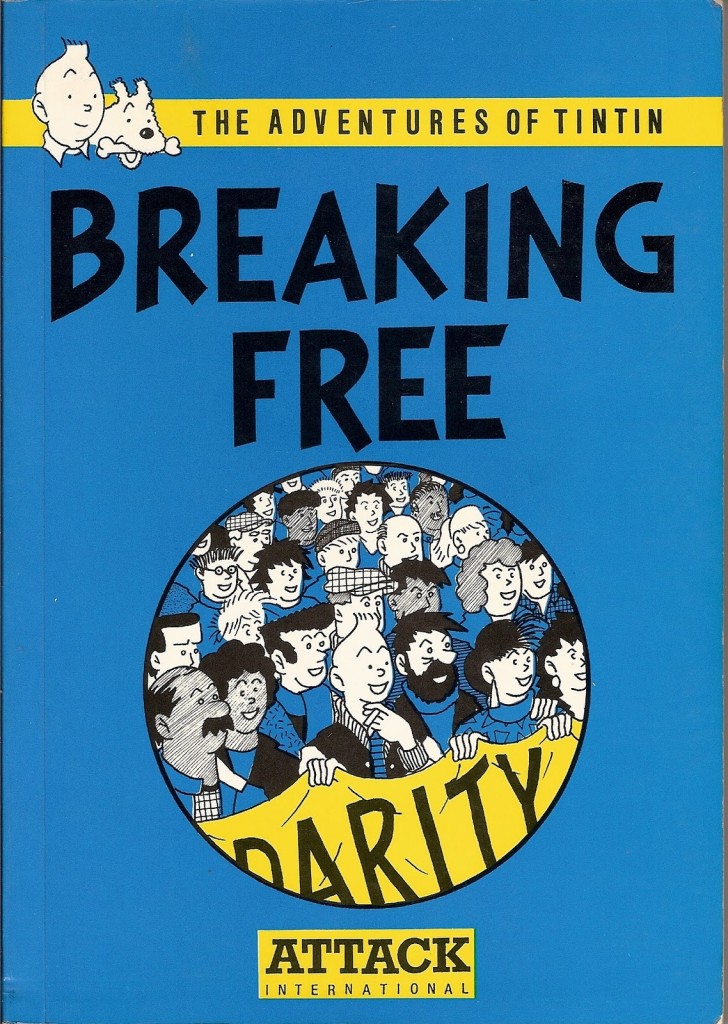 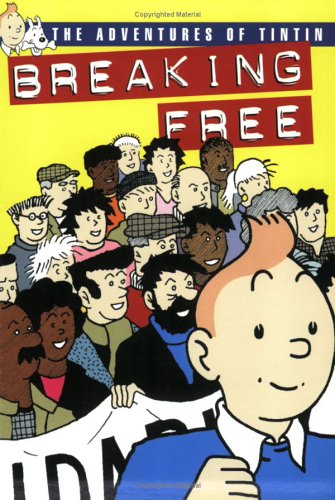 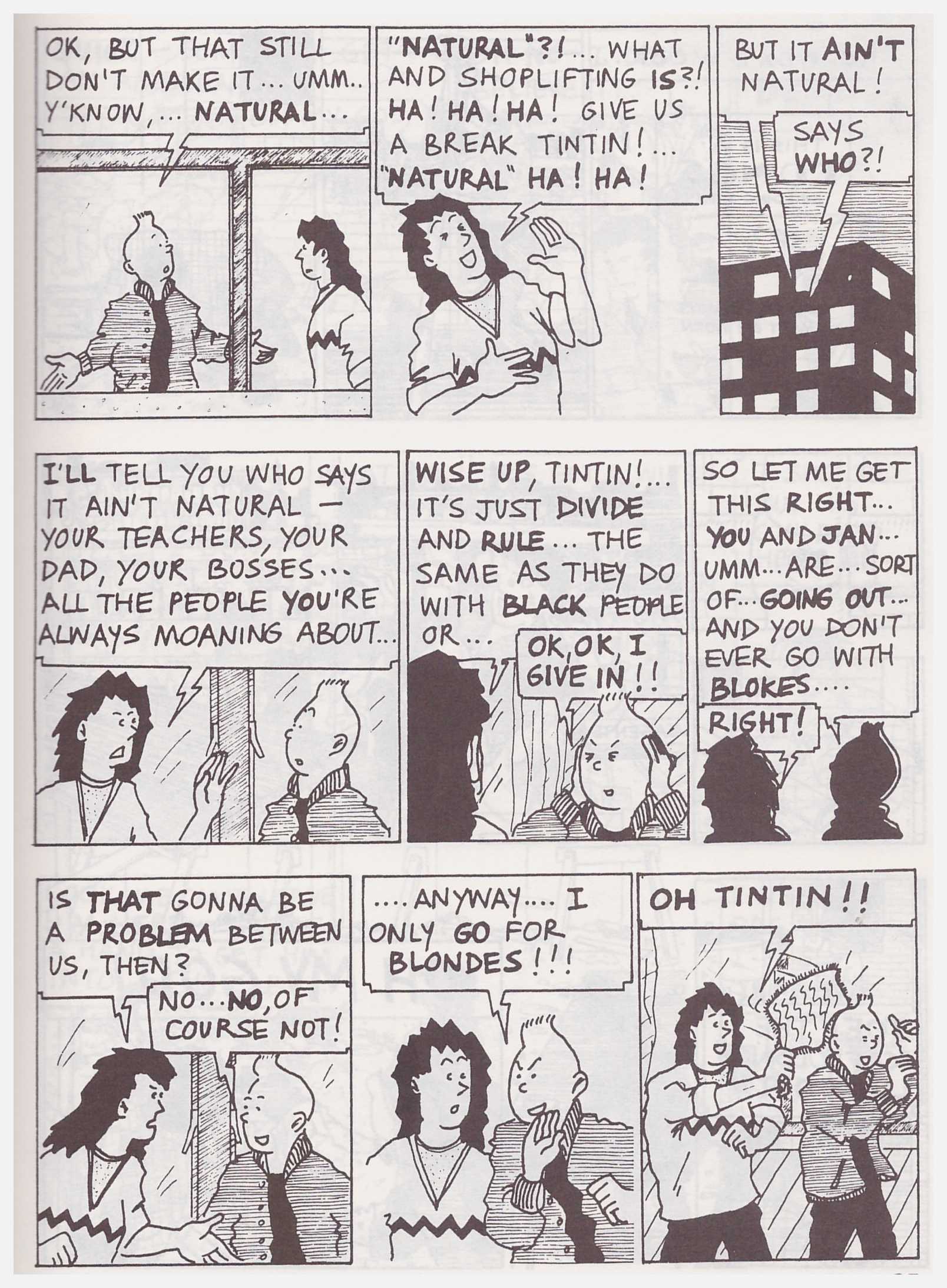 To begin with, let there be no confusion that Breaking Free is any way an official Tintin product, although the merest glance at the art would confirm it. It has, though, experienced a surprisingly durable existence since its original 1989 publication, reprinted several times since.

Perhaps the thought of Tintin as a British anarchist stiffing it to the upper classes and the bosses has an appeal? There’s certainly a validity in recasting his plucky everyman persona as a member of the downtrodden proletariat, and if you’re going to do that, why not surround him with members of his cast?

This was produced in the wake of the 1980s miners strike in Britain, and much of what’s detailed draws its parallels from that. Poor safety in the workplace, the clash of ideologies with ordinary people caught in the middle, the shredding of communities over scab labour, and connivance between employers and union officials all feature, along with the evils of property development leading gentrification. Everything dealt with has a social relevance, but the humourless and hectoring idealism that drives the book makes for very dry reading indeed.

That’s even before the diversions into earnest political correctness as Tintin’s traditional working class bigotry is confronted by the reality of a lesbian moving in next door. Any semblance of correct behaviour is discarded as far as the police are concerned. Viewed as tools of the oppressor, otherwise unacceptable violence can be excused as Tintin bounces a brick off a policeman’s head.

The creative alias of Jack Daniels has been employed to keep the lawyers from the door claiming trademarked character appropriation. Daniels manages a relatively basic approximation of the Tintin cast, although not as seen before. Tintin has a scowl etched into his face, a single Thomson is re-cast as of Asian origin, and Captain Haddock is just The Captain, and Tintin’s Uncle.

By the end of the book we’ve reached a scenario that’s, sadly, less convincing than a man in tights with a big S on his chest. Anyone holding non-cred views only needs a brief lecture to see the light, if the people unite anything is possible and the oppressive state will fall into collapse before teatime. Oh, and climate change will be a thing of the past as well.

It’s all rather a shame, as the ideas of unity and solidarity that Breaking Free promotes are acceptable and desirable. Someone had enough wit about them to appropriate Tintin as a figurehead, but not enough to ensure they weren’t just preaching to the converted. A little less earnestness and a little more plot might have gone a long way in spreading the ideas.

Those interested in dubious use of Tintin by rogue creators running off-message might also want to look out Tintin in Thailand.