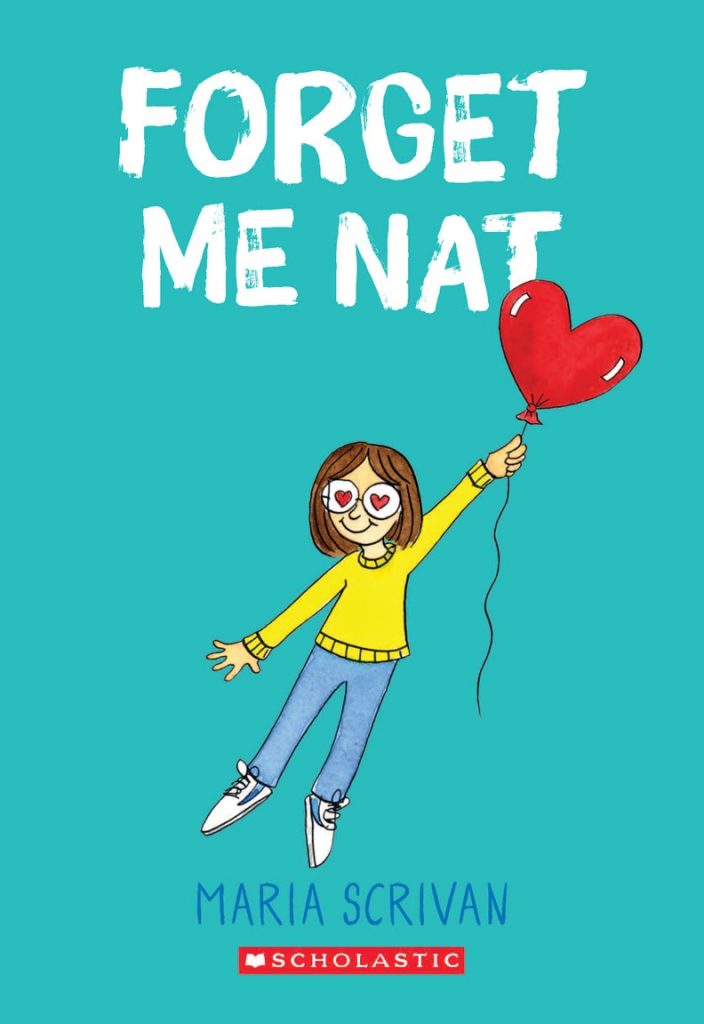 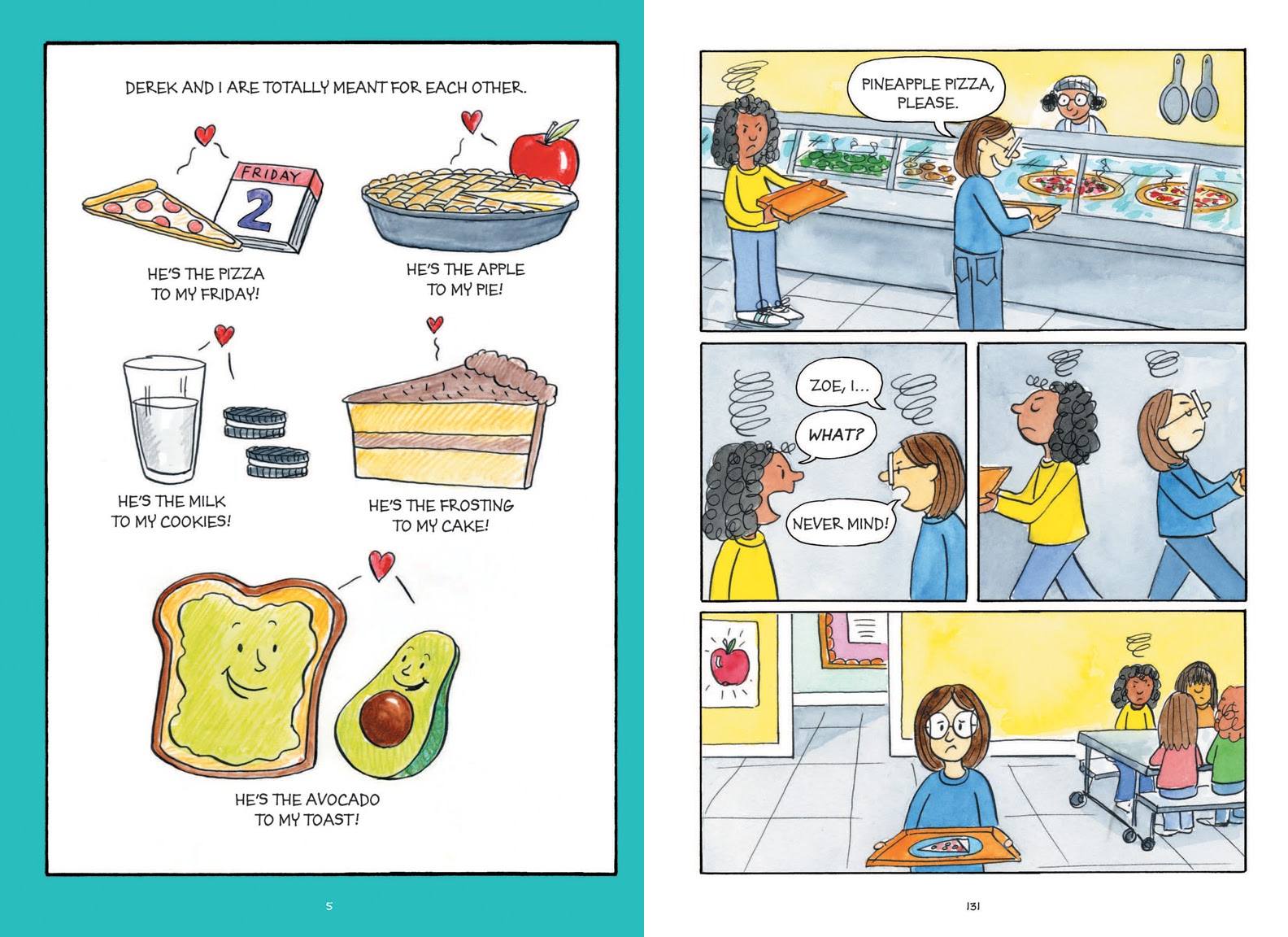 We first met Nat as an insecure girl about to begin middle school, and experiencing the trauma of being dumped by her lifelong best friend who decided the time had come to upgrade to trendier friends. This was all in Nat Enough, where we also learned of Nat’s crush on Derek, a smart kid, but not the most communicative . A note stuck to her locker, though, has been enough to send Nat into fantasy overdrive, yet that title’s a little forbidding, isn’t it?

In Forget Me Nat Maria Scrivan provides a second slice of subtle wisdom, guidance casually served up. It’s in the same charming style as before with Nat talking directly to the audience about her hopes and fears, illustrating them in a series of appropriate visual metaphors, and Nat’s experiences interrupted by jokes supplied by her dog and cat. Scrivan also bolsters the other characters introduced before, giving readers a choice to identify with. Zoe is level-headed and supportive, Millie entirely self-centred, and Flo unique in following her own muse and not caring what her classmates think of her.

Among the issues raising their heads beyond the teenage crush are the election for Class President, Nat having to start wearing a dental brace, and the Valentine’s Day dance. The smart title, however, suggests the direction we’re heading in, and Nat’s obsession with Derek causes her to neglect her friends. Scrivan’s not in the business of providing gritty reality, so it all works out in the end, by which time readers may have figured out how what she does could help with their issues.

A third dose of Nat can be found in Absolutely Nat.