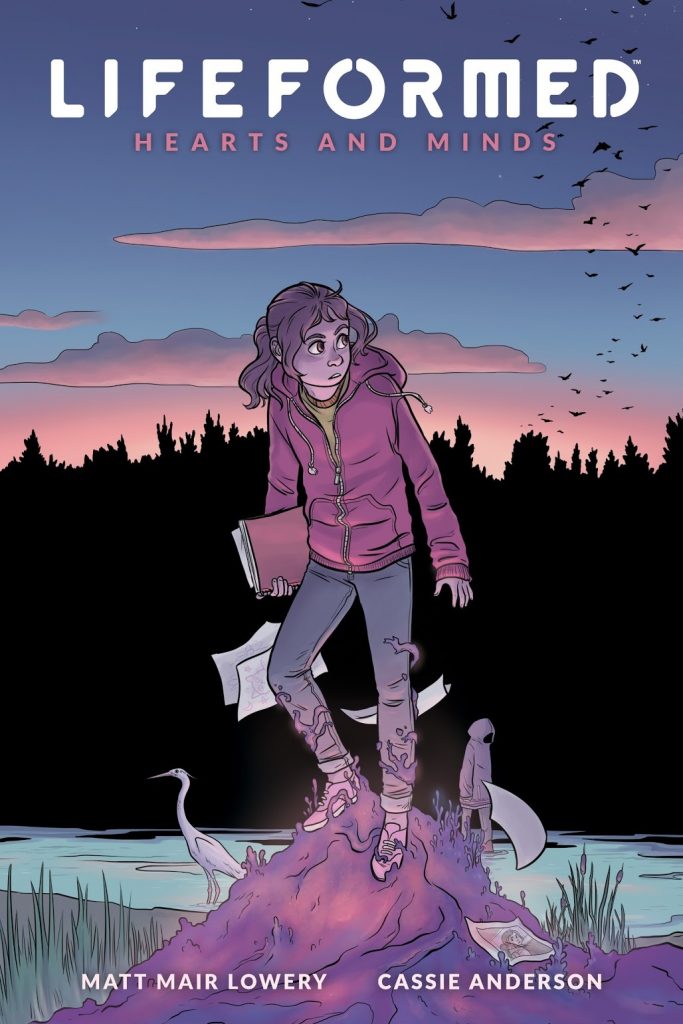 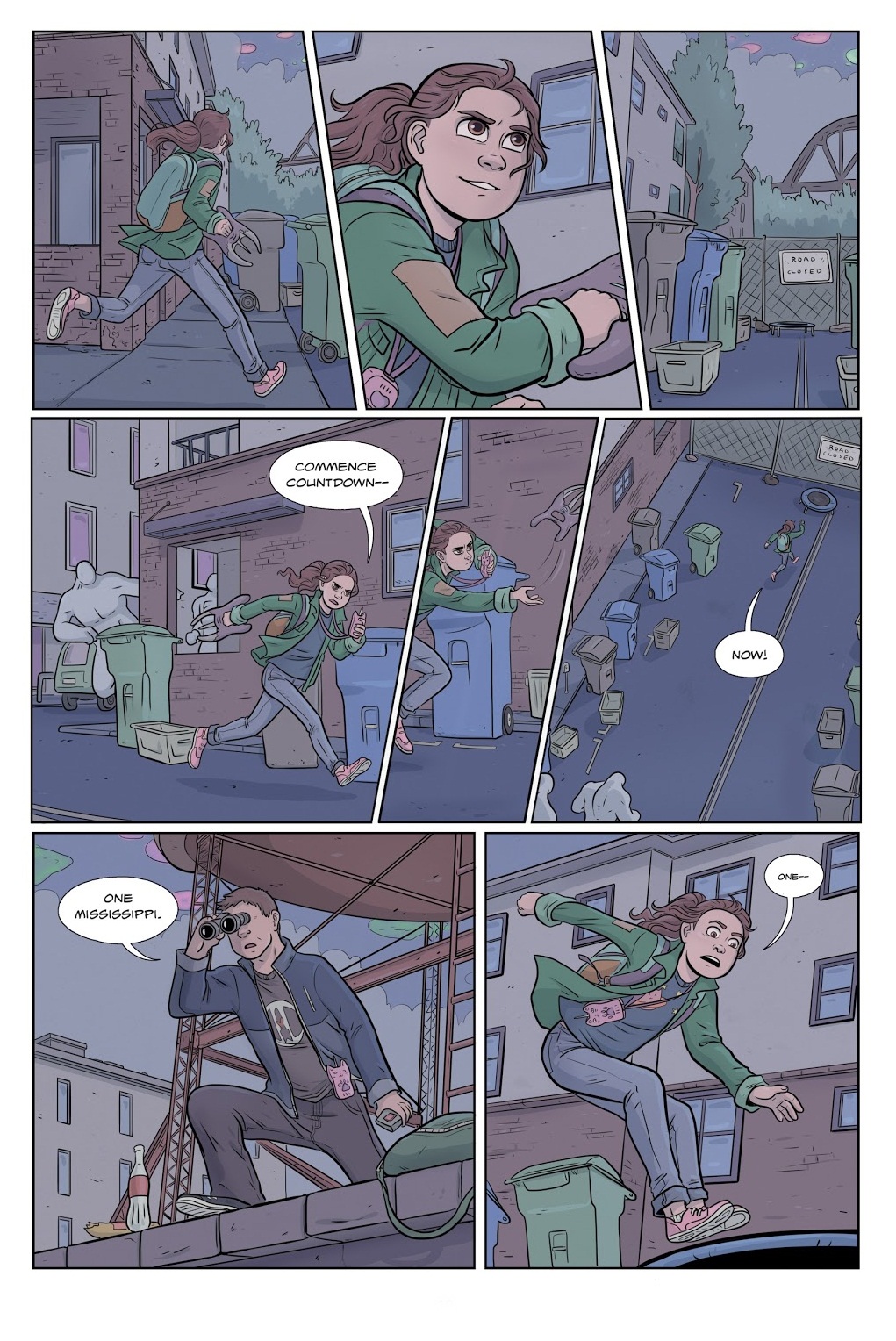 For a still young teenager, Cleo’s experienced much more than any parent would wish, but then Earth’s been invaded by shape changing aliens, their reasons and purpose now clarified in passing. Cleo was fortunate enough to meet an alien opposed to his race’s plans, but the price of that meeting was her father’s death. Adopting her father’s form and acquiring some of his memories, the pair have remained together ever since in a mutually protective relationship, having some small successes in waging a guerilla war against the invaders. It’s not gone unnoticed, and Hearts and Minds establishes early that someone’s on Cleo’s trail.

In Cleo Makes Contact Matt Mair Lowery and Cassie Anderson charted Cleo’s personal growth, and the title of Hearts and Minds comes from her suggestion as to how the aliens might be repelled, in itself an indication of that growth. As before Lowery mixes the past with the present, looking back to experiments carried out on humans before the invasion, while introducing new considerations, one of them being Cleo meeting a mysterious yet seemingly benign friend she can confide in.

There was an element of emphasising positive coping during Cleo’s first outing, but while she remains a fine role model, there’s no thought of messages here, just a page-turning young adult action thriller. Anderson doesn’t have a vast backlist to her name prior to Lifeformed, but you’d not know that from her accomplished storytelling. She’s a natural, ensuring we maintain a sympathy for Cleo while managing to define a sinister mirror image, and despite having to convey some complicated procedures with images alone there’s never a point at which heads need to be scratched trying to figure out what’s going on.

Revelations come flooding out at the end, disclosures that provide a different view of Cleo, and having used them to shock, it’s a shame Lowery didn’t see fit to discuss them further. The bigger picture is the bond between Cleo and her ‘father’, and how easily both have slipped into roles enabling love to overcome much, but some addressing of the revelations was needed.

Despite Cleo being the title character last time round, it was also the story of Ayesha, the first human captured by the aliens, and it’s pleasing to see Lowery follow up her experiences in the past, bringing them to a natural conclusion, although with options open. Much the same applies to Hearts and Minds. If we want, or if it doesn’t meet sales expectations, it draws Cleo’s story nicely to a close, leaving us with a good idea of where it leads. We don’t want that, though, we want Lowery and Anderson to continue the adventures of this unlikely inspirational figure.