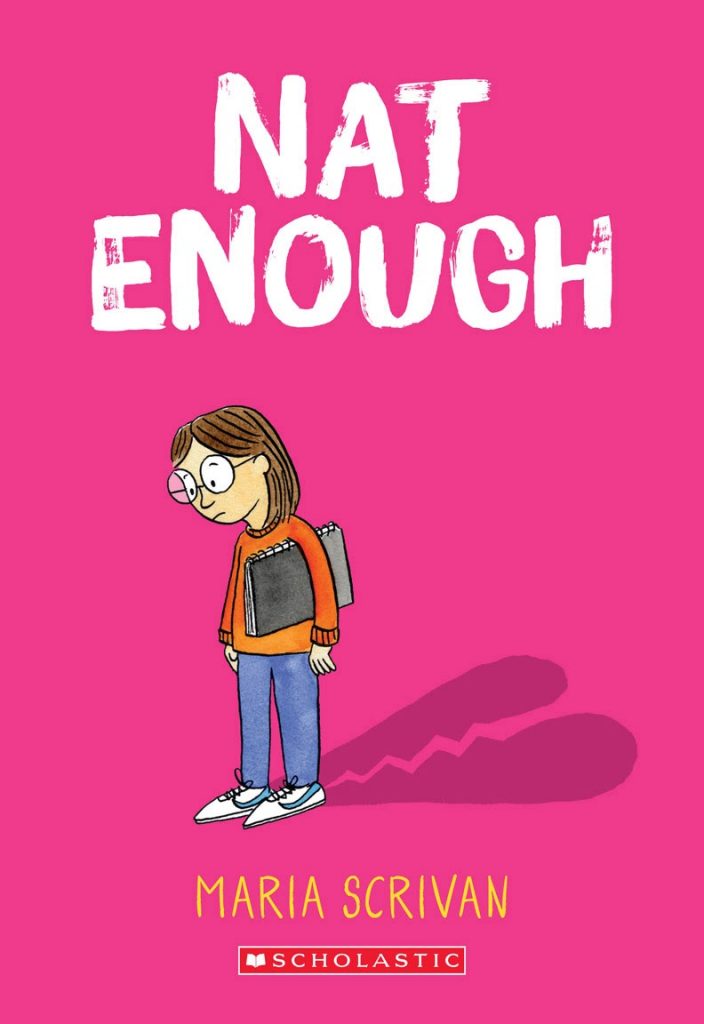 Nat Enough is so called because Natalie doesn’t feel she has enough. This isn’t in terms of money of goods, but intelligence, personality and athleticism among other things she tells readers about as she narrates her own story. Given her sense of self-worth, it’s not exactly happy, despite Maria Scrivan providing Nat with a passive, accepting nature rather than a depressed personality.

The narcissistic teenage girl callous enough to ditch her friends in search of perceived popularity is a common figure in American fiction for young girls. Are they really that common in reality? We’re served with another here, Lily, Nat’s best friend all the way through junior school who dumps her in preparation for middle school. Scrivan piles on the problems for Nat, who’s also verbally abused by a boy. The admirable creative trick is how this is all presented with relative good humour at the same time as we despair at Nat’s response being an attempt to win the fickle Lily back.

Among several neat ideas are splicing the scenes with the antics of Nat’s dog and cat, who’re both contented with the world, her talking mirror, and planning sessions and explanations presented via a series of scrapbook-like pages. Scrivan invests Nat with bags of personality, and visually stresses the aspects Nat can’t see about herself, not realising how creative she is for one. She also provides a great supportive proper friend in Zoe who’s able to point out what Nat can’t see for herself.

It might occur to readers to wonder why there are no adult influences in Nat’s life. Can’t she talk to her parents/guardians? The teachers shown are largely distant, although one of them comes through in the end after initially jumping to the wrong conclusion.

It’s not going to come as any great surprise to anyone other than young readers that we’re supplied with the full John Hughes movie ending, but that’s what the intended audience want. As a bonus there’s a comic produced by Nat to close the book. It’s been an amusing and sympathetic ride, and pushes all the right buttons. Nat returns in Forget Me Nat. 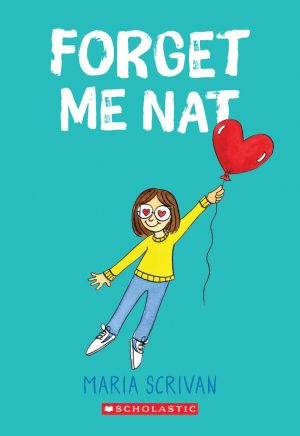