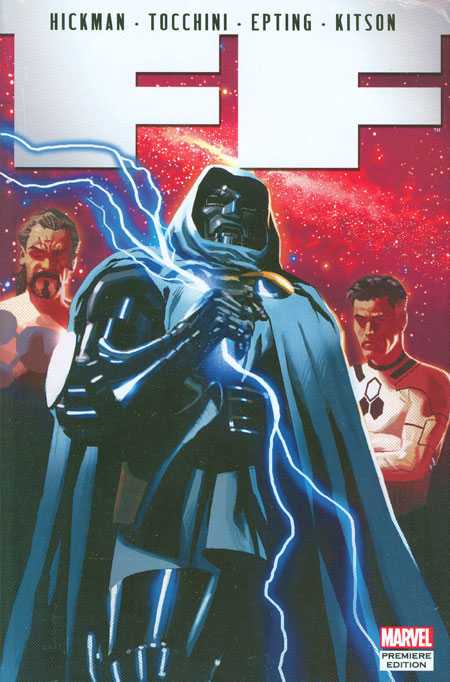 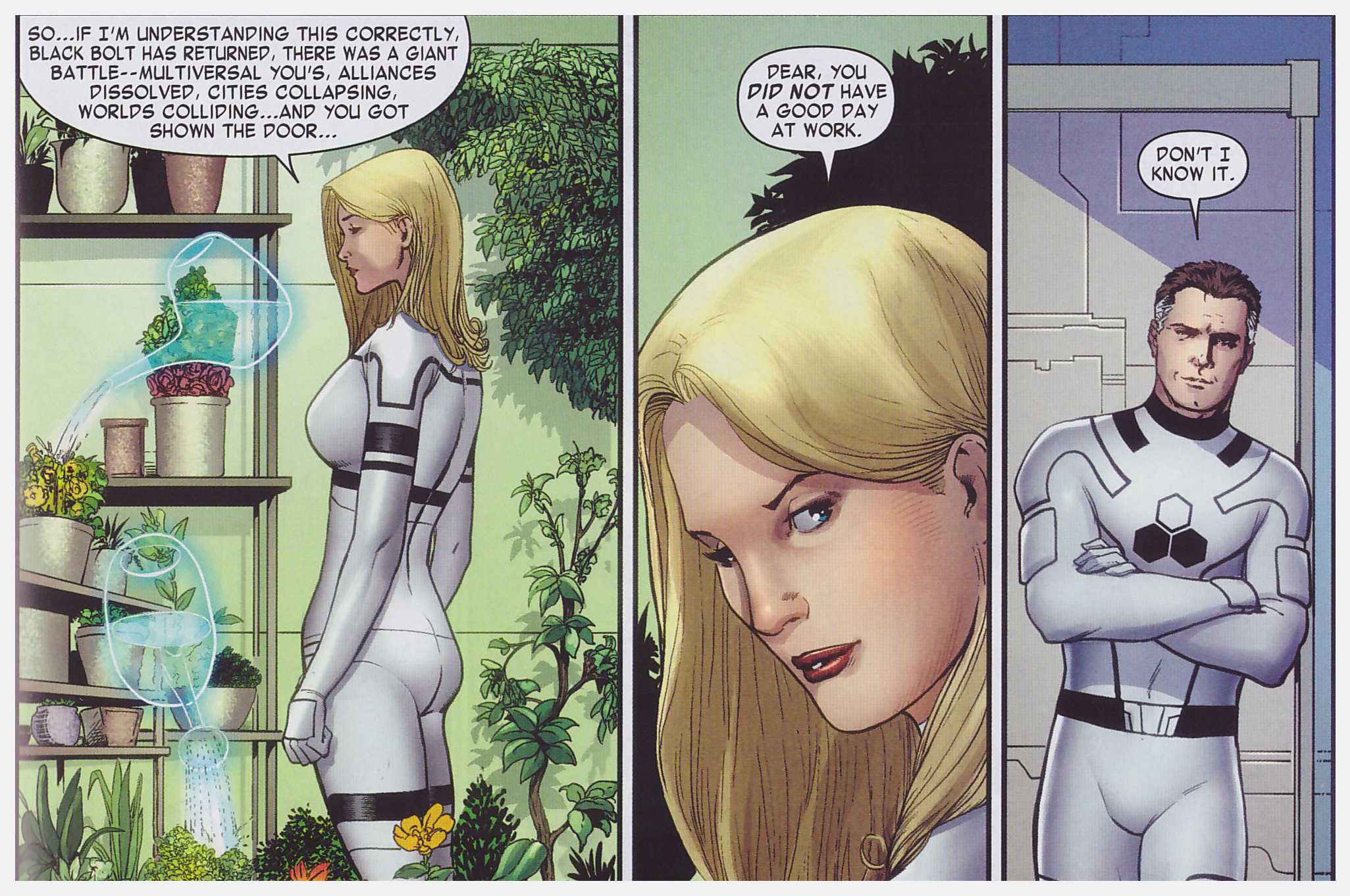 Having already thrown an inordinate amount of elements into the pot and left them to stew for some considerable while, Jonathan Hickman looked to be heading to a climax by bringing several strands together in FF volume 1. Alas for those expecting a resolution, he immediately sidetracks again by supplying a potted history of the Kree’s plan to seed the galaxy with living weapons they could later call on, and how that turned out. The focus then switches to the Inhumans, both chapters drawn inelegantly by Greg Tocchini. It is Hickman’s style of storytelling, but for the first time in his run there’s a feeling that much of these chapters could have been compressed into several pages interspersed between other material.

When the climax arrives the reason for the Inhumans back story becomes apparent, as they’re thrown into the mix, but this is Hickman’s second wrong step. He’s spent so long setting up vast portions of his story that to see much of it concluded in deus ex machina fashion over two chapters is unsatisfactory. Even Steve Epting returning to pencil the action, inked by Rick Magyar, can’t disguise that this is a lot of thrashing to very little effect with several cast members serving hardly any purpose. The suspicion is that Hickman has very little interest in superhero battles (evidence over his run) and would prefer to head back to adventuring.

With most volumes to date the fine character moments have been the icing on the greater plot, but here they’re the best material. We have Spider-Man pointing out a ridiculous plot element, Reed Richards’ reconciliation with his wife, the door that that transports a person to where they need to be Doctor Doom experiencing some difficulty, and Valeria Richards experiencing a quiet moment with the clone of Bentley Whitman, the Wizard.

The final chapter is the quietest and most in keeping with what Hickman has done well thus far. It’s but a prelude, though, and the story continues not in volume 3 but in Fantastic Four by Jonathan Hickman volume 5.