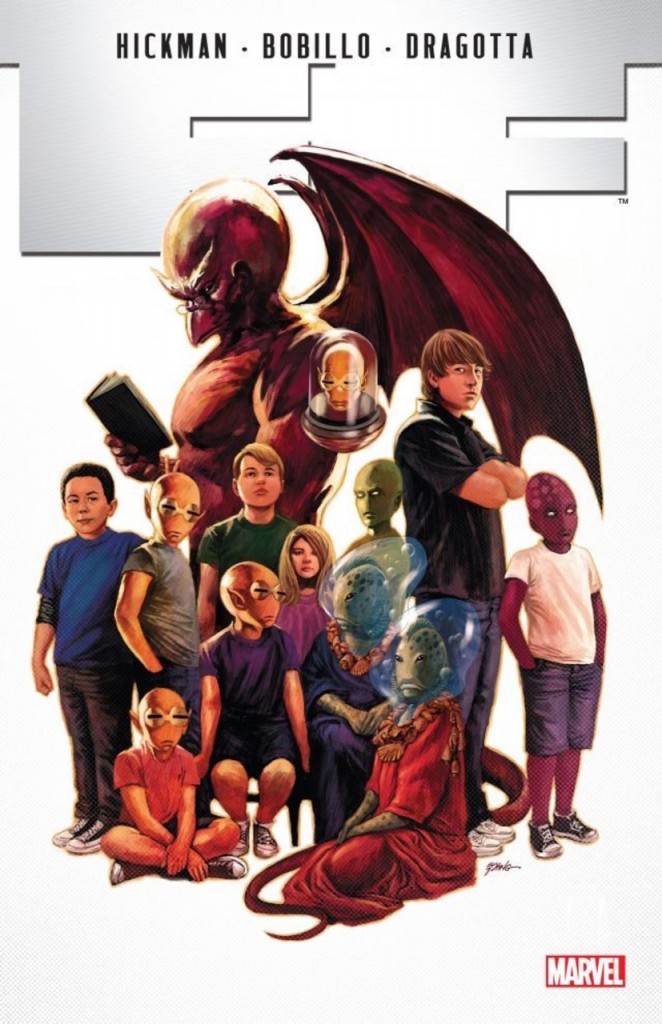 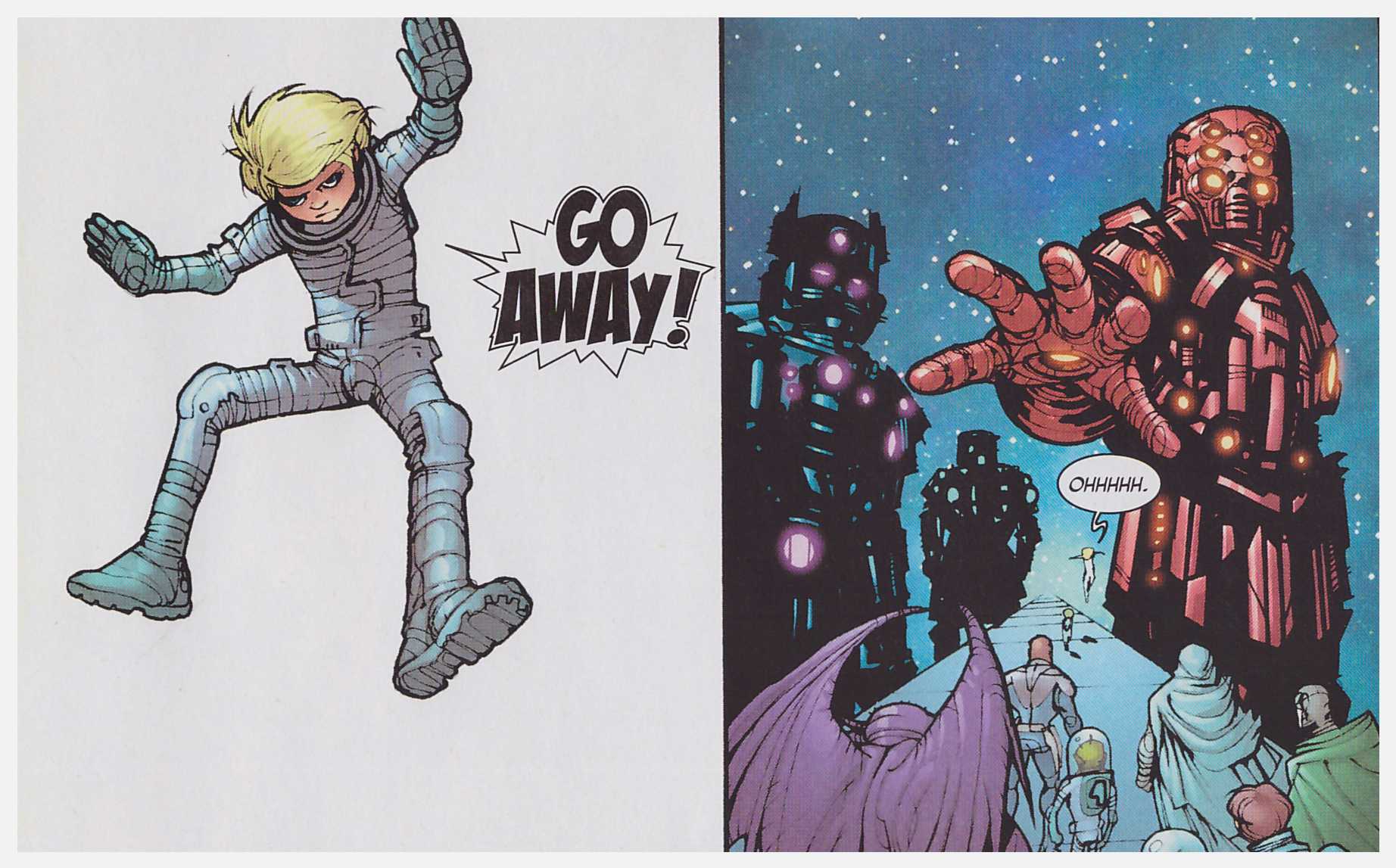 Until this point Jonathan Hickman’s scripts for both Fantastic Four and FF have been illustrated by artists with a broadly naturalistic style, so the first surprise on opening this book is viewing Juan Bobillo’s far more stylised interpretation of the cast. It doesn’t sit well. Even worse are the great empty blocks of space on so many pages with panels seemingly pasted on at random. It looks plain amateur, and Nick Dragotta replacing him on the final chapters is extremely welcome.

Events early in Hickman’s fifth volume of Fantastic Four result in the top floors of the Baxter Building being relocated to Latveria, Dragon Man and all the children from the Future Foundation along with them. Here they’re reunited with Nathaniel Richards, Doctor Doom and the one remaining alternate Earth counterpart of Reed Richards. Events run concurrently with those in the Fantastic Four volume, and impact on them, although both stories can be read separately for those preferring an insular experience.

Hickman’s focused a lot of attention developing Valeria Richards, and her touching relationship with Doom is integral to what occurs here, but it’s ultimately Franklin who holds the key to the future. He’s advised by a mysterious silhouette whose identity won’t tax the brain of anyone who’s been following the series, and portentous words imparted in Hickman’s first Fantastic Four volume all have their part to play here. Best Moloid line: “Come with us. Learn about the miracle of indoor plumbing”.

In order to avoid events viewed by Nathaniel Richards countless times when they were still futures, a sacrifice is necessary. It’s very well delivered, but the poignancy is considerably diluted by the sure knowledge that it’s only a temporary departure. It does lead to a stunningly delivered piece of deception on the part of Valeria Richards promising not to keep secrets in the knowledge that she’s concealing an enormous one.