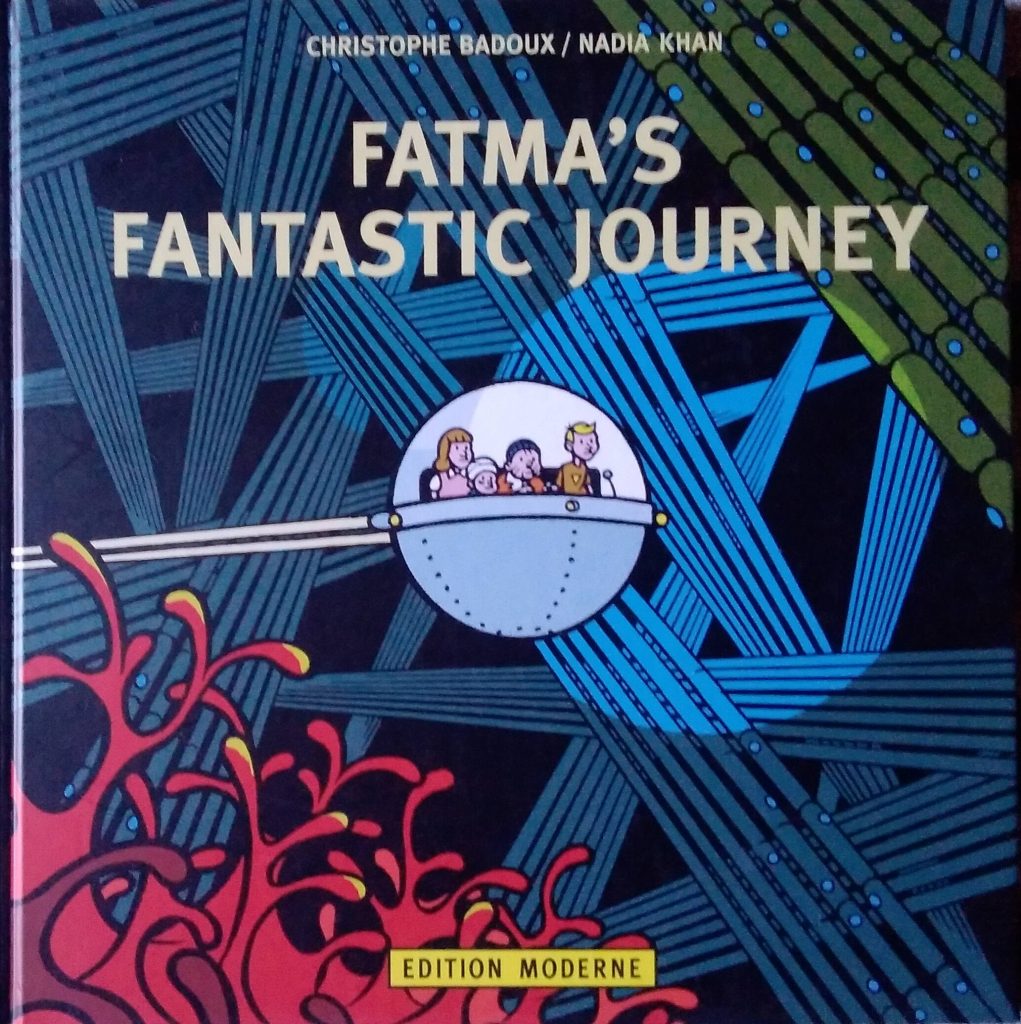 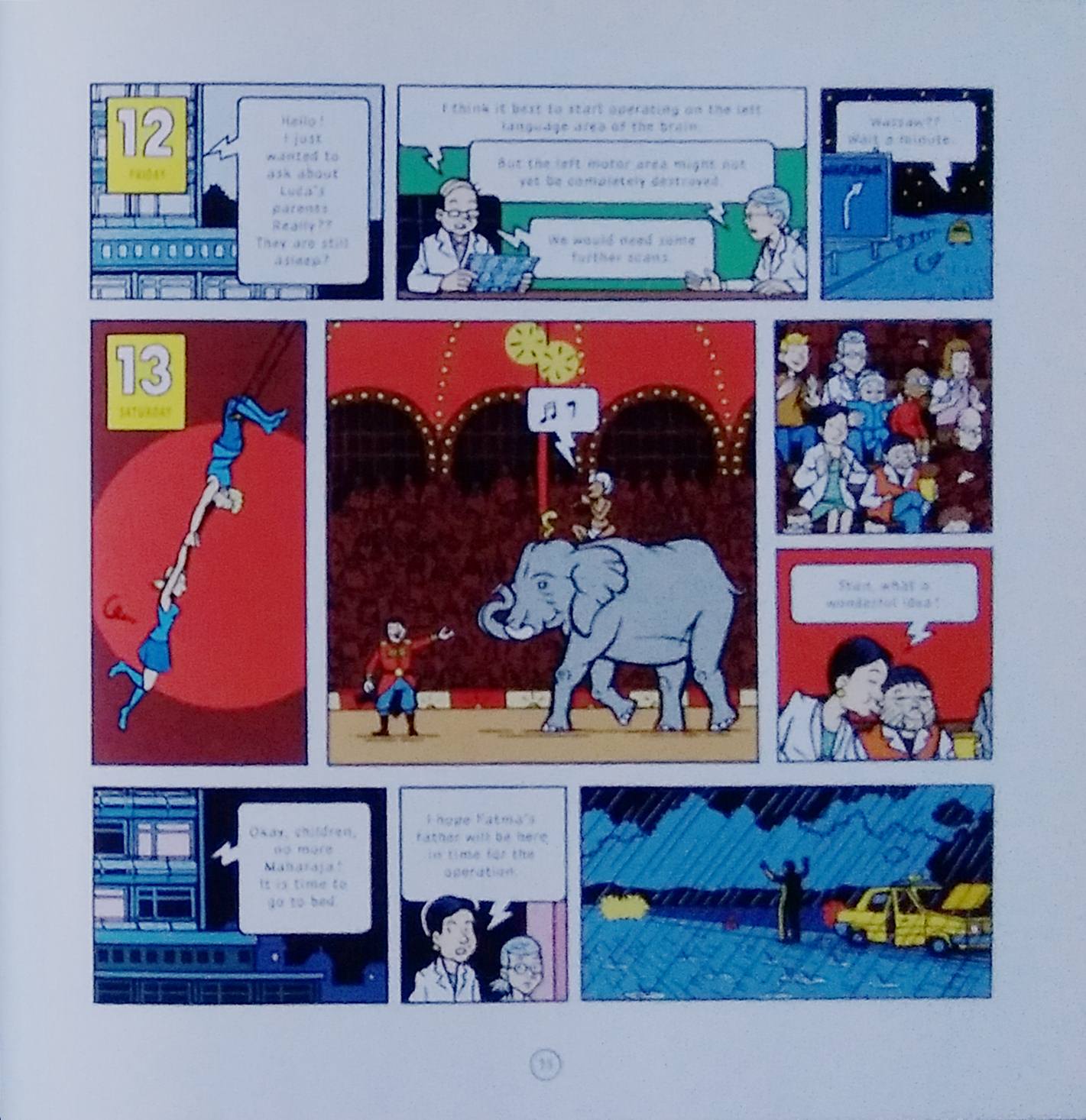 Moyamoya Angiopathy is an extremely rare, but life-changing condition only discovered in 1956. Those affected have a blocked artery at the base of the brain causing blood vessels to split into hundreds of small paths, and because of deficient blood supply sufferers frequently have small strokes. Nadia Khan works at Zurich’s University Children’s Hospital and has contributed to several research papers about Moyamoya, and in 2006 she wrote and published two graphic novels drawing attention to the condition.

Fatma’s Fantastic Journey is issued in an attractive hardcover format, with Christophe Badoux illustrating in a clear, shadow-free style. He’s primarily a commercial illustrator, although has three other graphic novels to his name, so there’s a functional clarity to the line art. While he keeps things simple for a younger audience there’s no lack of detail, and there’s a joyous use of the little visual effects only comics provide.

Because the story deals with such a serious condition, yet is intended for all ages, Khan keeps things light, with the four hospitalised children relatively cheerful as they await treatment or operations. A joyous creation is surly ambulance driver Stan, who uses his vehicle as a taxi for children he’s fond of despite his comically abrasive personality. Badoux would later revive him in Stan the Hooligan. Often at Stan’s suggestion the children are taken on trips, and the title comes from Fatma wondering if it would be possible to shrink humans for a journey inside a body. When the time comes for her operation she’s hallucinating slightly from the anaesthetic and imagines such a journey as Khan painlessly explains how the blood circulation system works.

The combination of good humour, adventure and explanation is a winning formula imaginatively illustrated, succeeding in drawing attention to a condition most people don’t know about. An occasionally awkward bit of dialogue can be overlooked.

Although the Edition Moderne logo is prominent on the cover, they only distribute Fatma’s Fantastic Journey with Khan noted inside as publisher. Goodness knows where you’ll find a copy now, as for a published book its online presence is negligible.