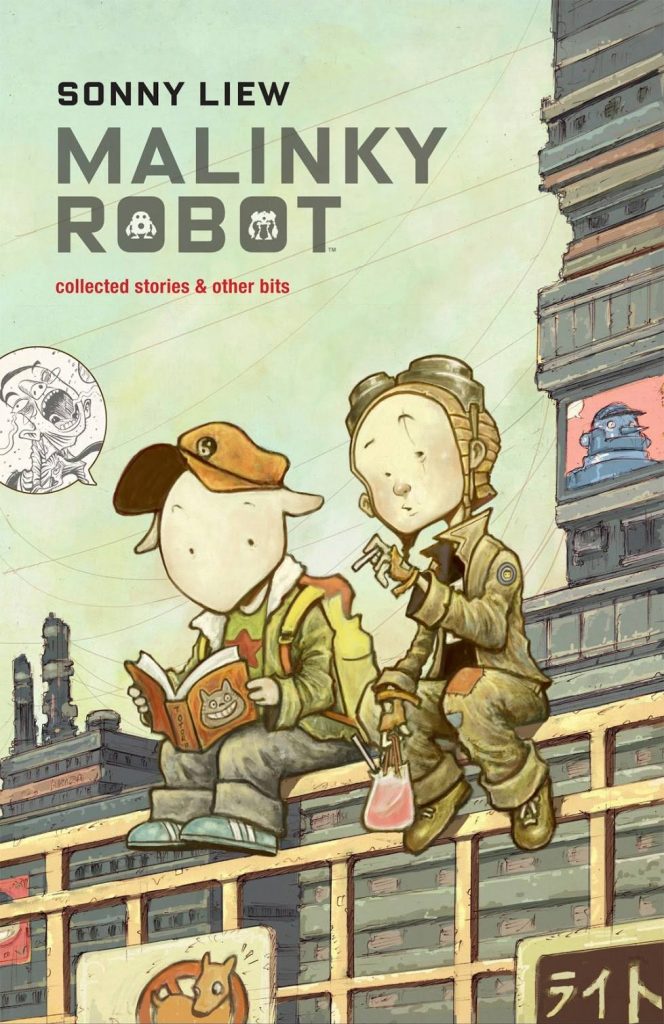 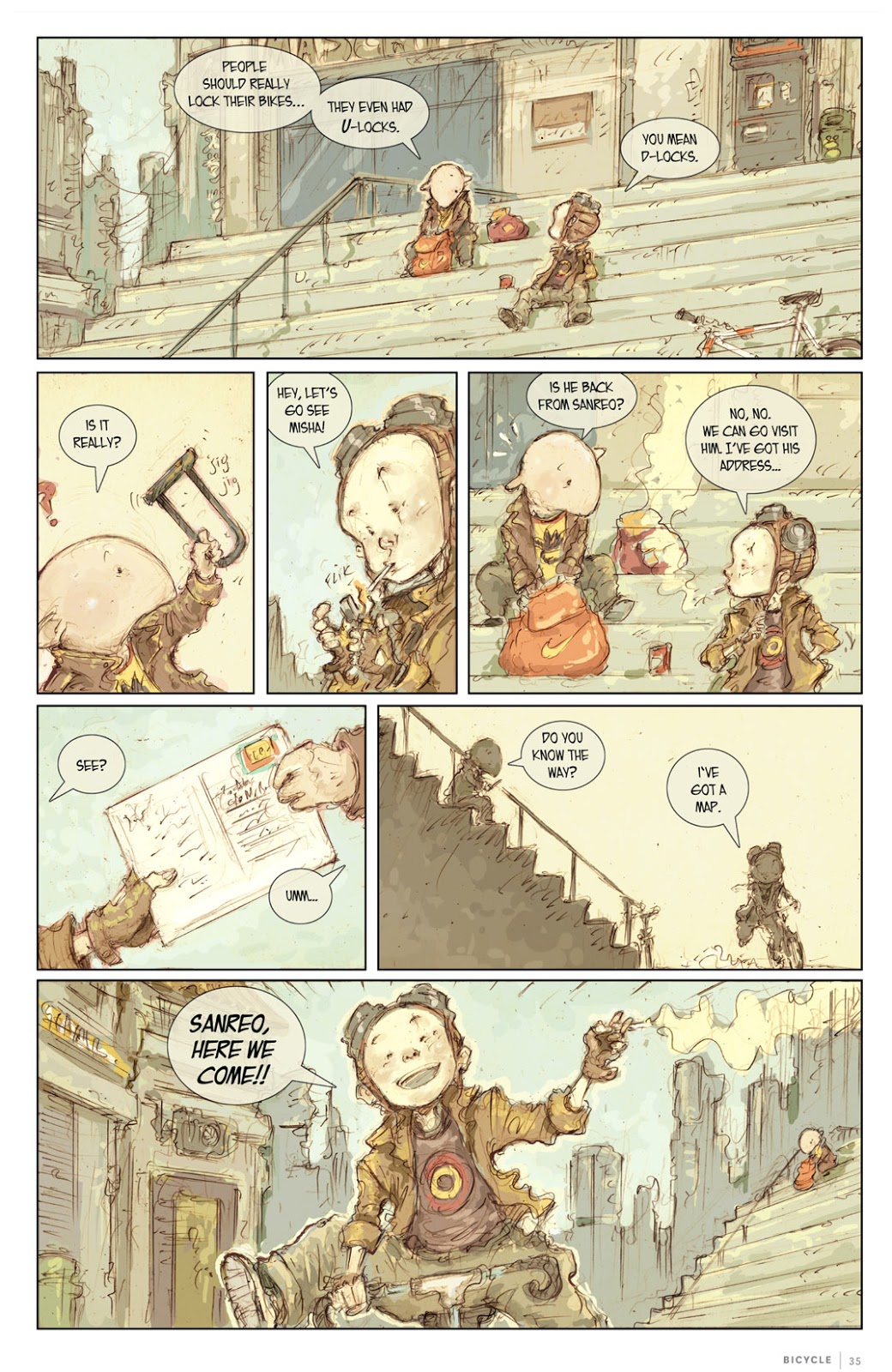 The concept of man-made servants and their subsequent moral and spiritual plight has been with us for centuries, long before Czech playwright Karel Čapek coined the term “robot” in his drama R.U.R. (Rossumovi Univerzální Roboti). Automata, clockwork toys and mechanoids have fascinated humans both for their connotations of childlike innocence and the terrifying potential they harbour. For many, robots also offer insights into what it means to be human.

Sonny Liew took philosophy at Cambridge and subsequently studied illustration under David Mazzucchelli at Rhode Island School of Design, but had been working as a comics pro in Singapore since 1995. In 2011, he released this selection of charm-drenched tales featuring tough street kids just getting by. As revealed in the author’s introduction, the lads and their world had been around for a decade or so, popping up in various publications and all over Europe before finally settling in here in a fancy trade paperback or digital edition.

Very much a love letter to bustling, vibrant Southeast Asian urban life, the tales are set in San’ya city: a sprawling, semi-derelict, intensely inhabited – if not overpopulated – metropolis of the future. Shabby survivors Oliver and Atari introducing themselves and their lives in ‘Stinky Fish Blues’ as the city is suddenly saturated with an odour that cannot be ignored.

Another day and another fresh hope dawns as Atari and Oliver “borrow” a ‘Bicycle’ or two and voyage all the way to Sanreo to see old pal Misha. As well as lethal traffic and noxious fumes, they find a world of placid wonder and green joy, which expands as Misha buys them lunch and shares a kaleidoscope of miracles from the Sunday Funnies section of the newspaper while Oliver dreams of a career in cartooning. This delicious pastiche features a welter of parodies to delight – or maybe outrage – fans of Calvin and Hobbes, The Far Side and many others. Sadly, the consequences of their earlier velocipede liberations are drawing closer.

The gritty, Dickensian whimsy continues with ‘Karakuri’ as the cheery chancers help old Mr. Nabisco move to a new apartment. While carting boxes they strike up a relationship with his battered old, home-made robot, sparking a furious discussion of just what makes a real mechanoid.

Liew’s superb imagination is highlighted in a wealth of ‘Sketches’, including Mr. Bon Bon, Atari, Dakota & Friends, the Bums of San’ya and lots more, after which the strip fun resumes with bittersweet vignette ‘New Year’s Day’ as Nabisco’s makeshift metal man makes his desolate and lonely way home after being left in a bar. Thankfully, people are mostly kind with directions and fuel top-ups.

‘Dead Soul’s Day Out’ flashes back to the day the boys were begging and found beaucoup bucks in the form of a large denomination bill in a junk pile. It was the day Misha left town for Sanreo and their splurge of excesses was tinged with sadness and joy.

Witty, moving, contemplative and beguiling, these tales of kids surviving the hard-knocks life are a lovely counterpoint to colossal combat, sexualised terror and weaponized angst: a true discourse on folks – artificial or otherwise – becoming heroes by just getting by and being friends.