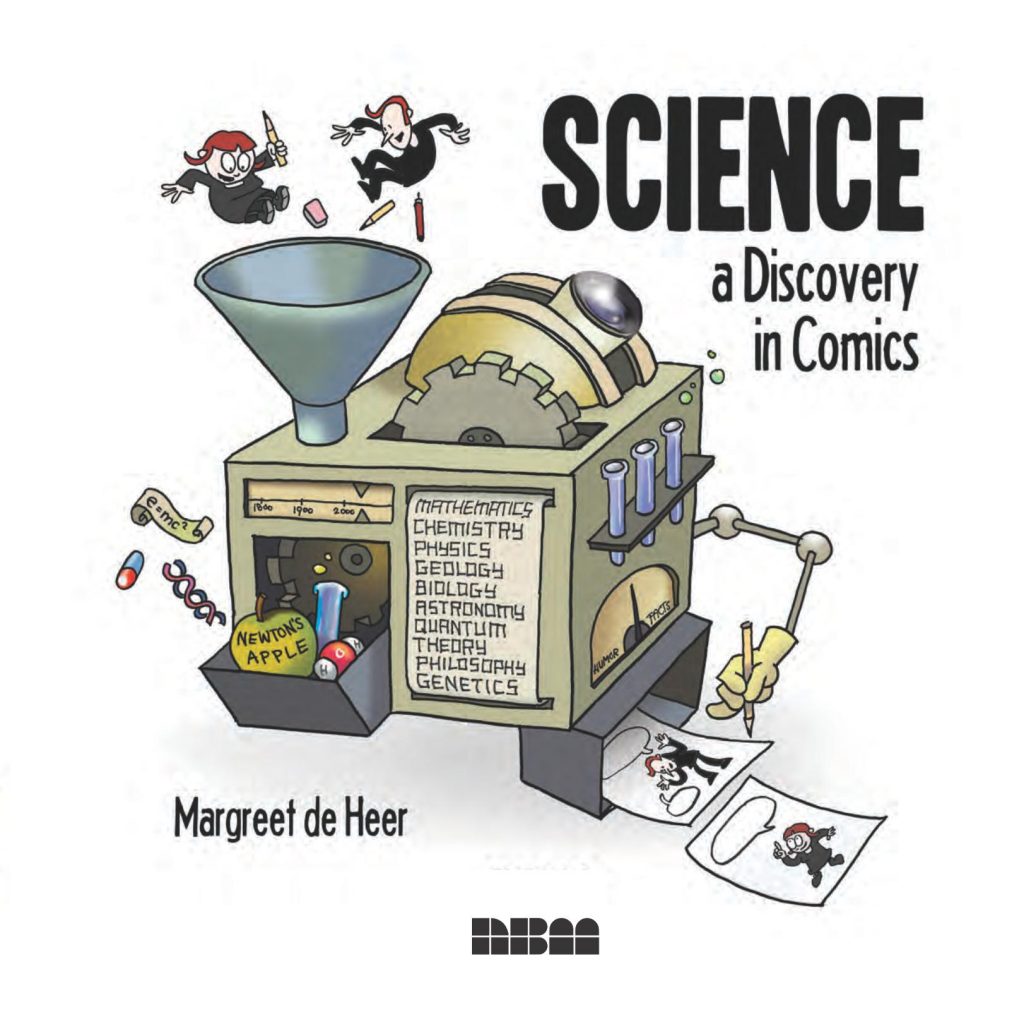 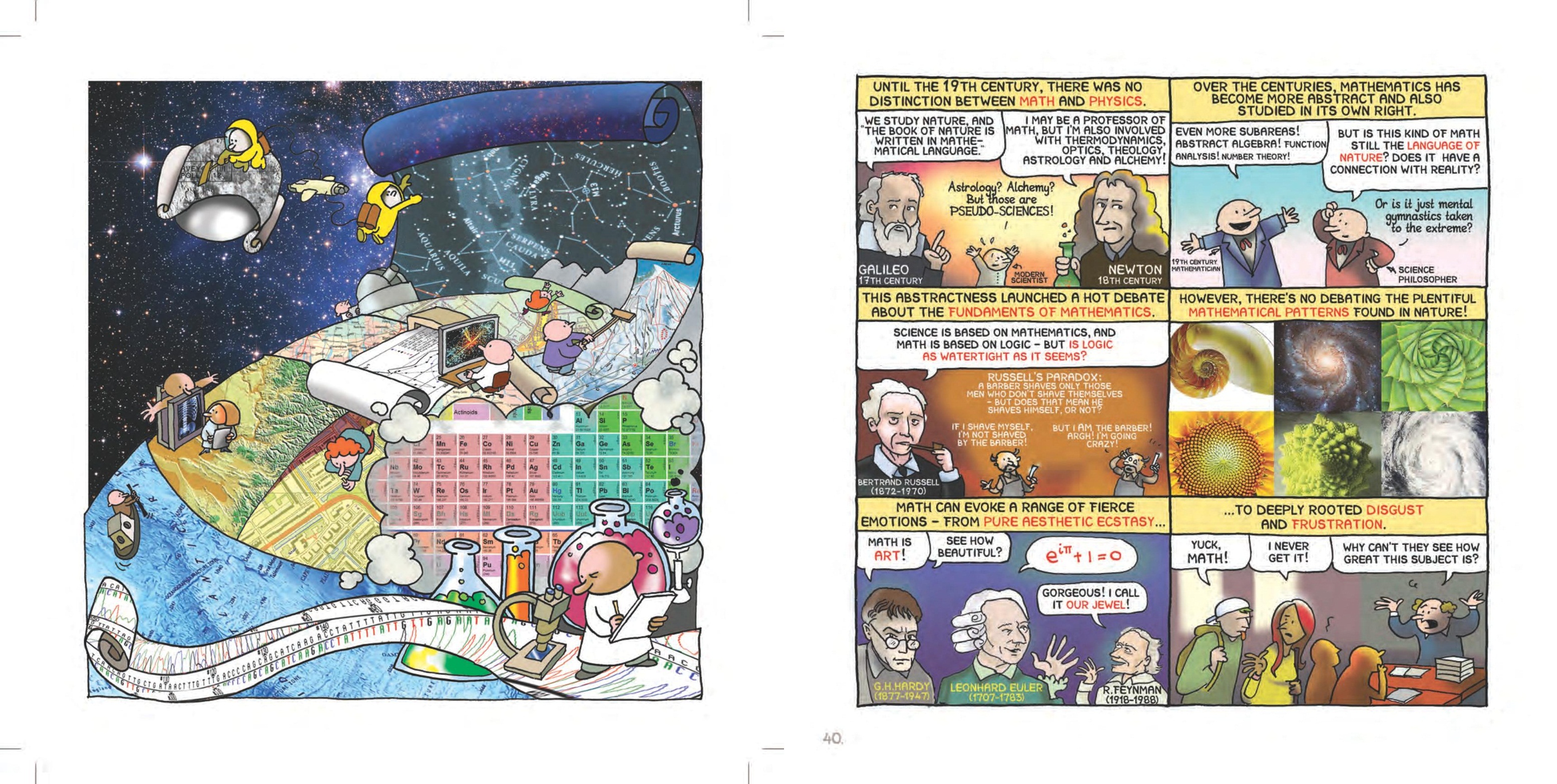 Having produced good natured discoveries in comics on Philosophy and Religion, Margreet de Heer’s introduction details the complex place science now occupies in discussion. At its most basic, science is an understanding of how the universe works, that then subdivided into animal, vegetable and mineral sections, and the study of energy, force, motion and matter. It’s a vast topic, so when de Heer’s avatar states “I want to make one drawing that expresses what science is”, the odds are against her, but take a look at the sample art.

It’s easy to laugh at the speculations without foundation of some ancient Greeks who considered science, but they’re remembered because they devised rigorous scientific method even though they lacked understanding. Actually, that’s not exactly true, as several landed on principles we know to be true today, with Miletus surmising that everything came from water being a noteworthy leap, and early mathematicians and engineers devising principles still holding true today.

Although not specifically introduced this time, de Heer’s husband and colourist Yiri T. Kohl acts as a sometimes contrary guide and sounding box as de Heer takes us through the chronology of science, introducing the constants along with rectifying some injustices. To this day scientific history until the 20th century is primarily that of men, but de Heer provides a weighty selection of advances initiated by women. Other interesting sections include the rift between religion and science, formerly a broad partnership, likened by de Heer to a failed marriage,

As was the case in her previous books, de Heer packs in an immense amount of easily assimilated information into a comparatively compact space. The cheerful cartooning and enough gags along the way keep the interest up, as social history accompanies scientific advance. Just take in what’s imparted on the right hand sample page, and there are several others equally dense running through the progress of different sciences, although more spreads than in earlier books are required. It’s one hell of an achievement as the scientific minded will learn little snippets they didn’t already know due to de Heer’s all-encompassing approach, while those for whom science has always been taken on faith have the opportunity to rectify past lapses. Among the latter category were de Heer and Kohl themselves, who discovered the enjoyment of learning when it wasn’t forced at school.

De Heer keeps the information largely non-controversial, preferring to discuss recent progress rather than controversy, which is fine as anyone researching further will be able to locate that for themselves. However, there’s a drawback to Science as a topic because it’s so broad, and encompasses so much. Unlike de Heer’s books on Philosophy and Religion, so many influential people are given relatively short shrift, as there’s not enough room to include much other than names, lifespan and a line about their importance. As informative as Science: a Discovery in Comics is, and as daunting as it may seem, perhaps separate books on Astronomy, Biology, Chemistry, Geology, Physics etc would have been even more informative projects.