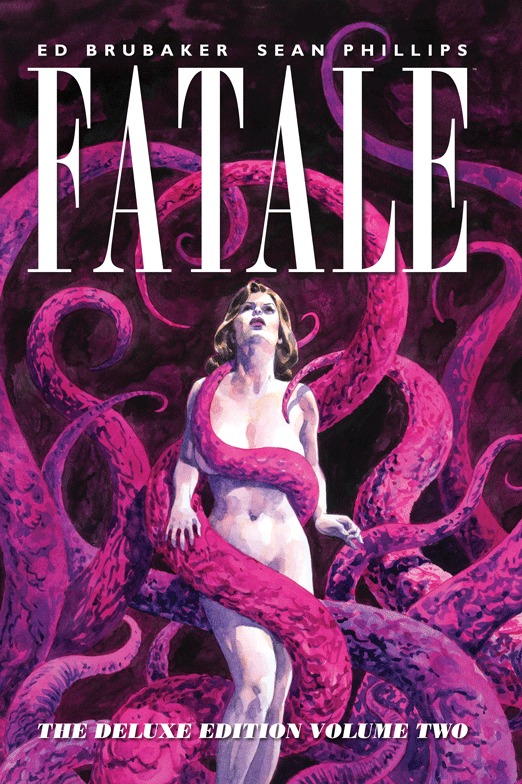 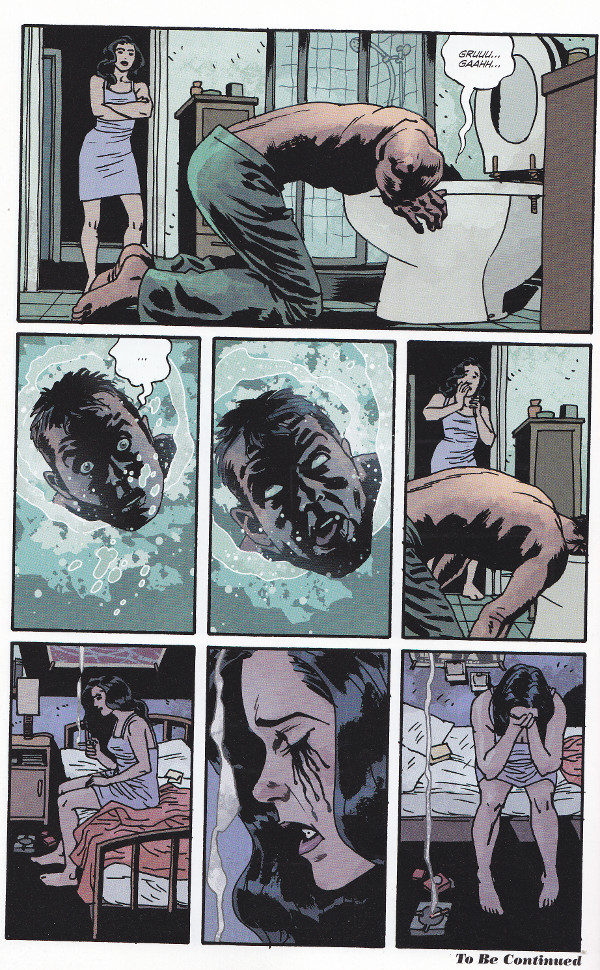 Collecting the middle to latter books of Fatale by Ed Brubaker and Sean Phillips, this second volume sees the conclusion of Josephine and Nicholas Lash’s story in an epic noir narrative where even winners are losers.

West of Hell opens up the second part of the story to shed some light on this eternal cycle of life and death Josephine and Bishop are part of, and others find their lives destroyed by. It comprises short stories of two others who bear a remarkable resemblance to Josephine over two very different time periods, an origin story for Josephine, plus one for police detective Walt Bookman and how he became involved with Jo. It’s a departure from the main narrative with no sign of Nicholas, and while these kinds of diversions to explain and further build character plotlines can sometimes weaken the narrative, this is very important to story development and every bit as good as Death Chases Me and The Devil’s Business. Elisabeth Breitweiser takes over the colouring from Dave Stewart just after the opening story, and while her style makes more use of brighter colours there is no detrimental effect.

The fourth volume, Pray for Rain, flashes back to the 1990s Seattle Grunge scene for the darkest story of the series. The concluding Curse the Demon portrays the final confrontation between Bishop and Josephine as she sets out to end the cycle once and for all.

Brubaker is a master storyteller possessing an amazing ability to interconnect his stories with plot sequences staged in seemingly throw-away statements throughout the series. These are all neatly tied up, which is impressive considering there are more than a few. The only setback comes in Curse the Demon. That there are no real victors here makes the finale classic noir in its style, but predictability renders it unsatisfying, and supernatural aspects are not easy to understand. This is, however, the only blemish in an otherwise outstanding and highly consistent bit of writing.

Phillips’ art is superb as usual, his style changing slightly over each volume to match the progressive descent into madness. Some frames are methodically placed but still other scenes seem to overlap each other as the natural and supernatural world collide in mind-altering proportions. It is heady stuff, although his work in supernatural sequences can be so surreal it doesn’t exactly help the reader make sense of it all.

If you take into account that this is a story where the forces at work are mysterious and beyond understanding then it is, as mentioned, a small detail. Fatale grips from start to finish, compelling the reader to watch this bleak tale play out until the end, that in itself an attribute of the best noir.

Considering that this is three books in one, with the added extras of additional cover art by Phillips and musings by Brubaker for not much more than the three together, this is really good value for a cracking story.