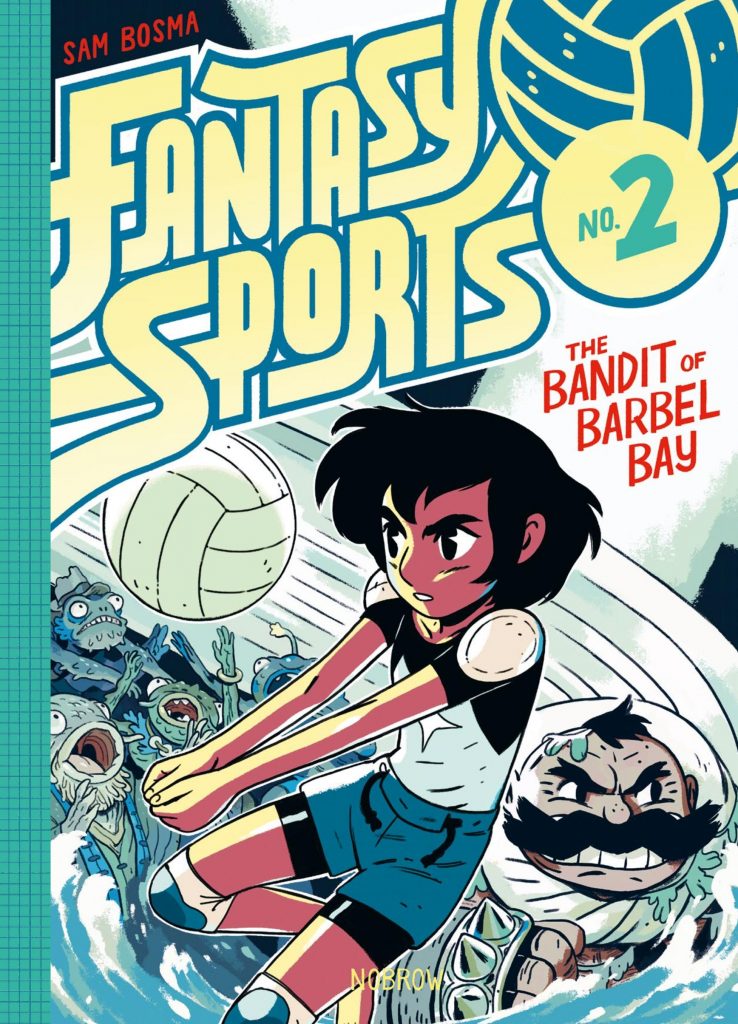 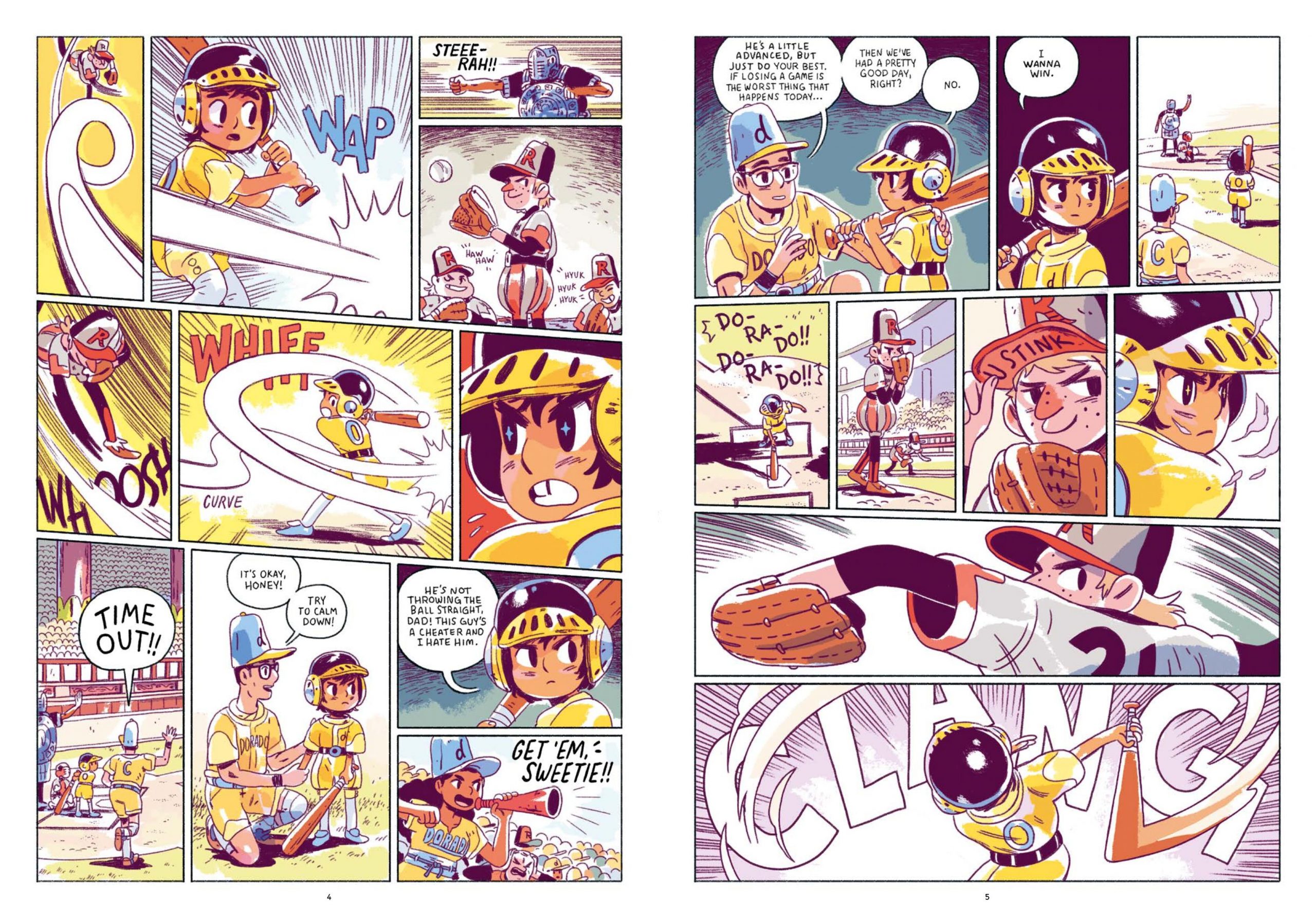 Fantasy Sports 1 had the interesting idea of mixing real world sports with a dungeons and dragons environment, but never really took flight. The Bandit of Barbel Bay is far more entertaining. One fault was how long it took to hit the explanation for the series title, something Sam Bosma rectifies with the opening here. Apprentice magician Wiz is seen on the sample art in younger days, annoyed at facing a baseball pitcher who cheats. It seems Bosma has been looking at earlyish Osamu Tezuka, as the panels packed onto a page, the bright yellow with black and white, and the expressions have something of Astro Boy about them. He certainly transmits the atmosphere over several pages as Wiz learns that winning isn’t always worth the cost. It’s an interlude from the past, after which we pick up with Wiz and Mean Mug directly after the events of the previous book, except Wiz’s transportation spell has somehow gone wrong. They end up in Barbel Bay.

For all the excitement of a basketball game against an ancient evil in the last story, there wasn’t a great deal of depth, but Bosma rectifies that here. Wiz and Mug work for the Archmage, but it’s now revealed that contrary to what they’ve been told, the Mages may not be the decent people in this series, prone to looting places and leaving the inhabitants to fend for themselves as best they can afterwards.

Bosma’s art is quirky, but incredibly detailed. More so than last time he relishes creating the environments, be they scuzzy bars or caves for treasure hoards, so the locations are filled with life, and with strange looking creatures. Once again, when it comes to the sport, the action and movement is lively.

The baseball opening proves just an appetiser, as volleyball is the main event. Unlike basketball before, Bosma feels it’s necessary to explain the rules of a sport that doesn’t have massive TV coverage. The game is exciting with plenty of twists, has some relevance to the baseball game seen earlier and Bosma saves his best surprise for right at the end. By then even Mug is developing doubts about his loyalties, while Wiz has been concerned for a while. Are they doing the right thing? The Green King continues their adventures.