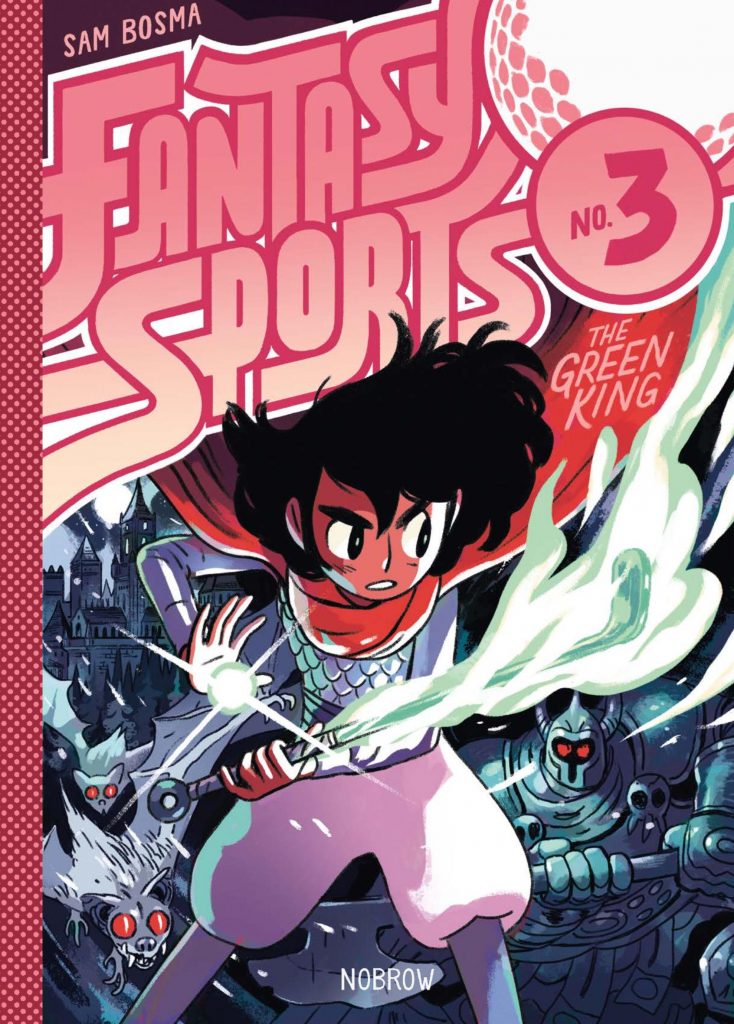 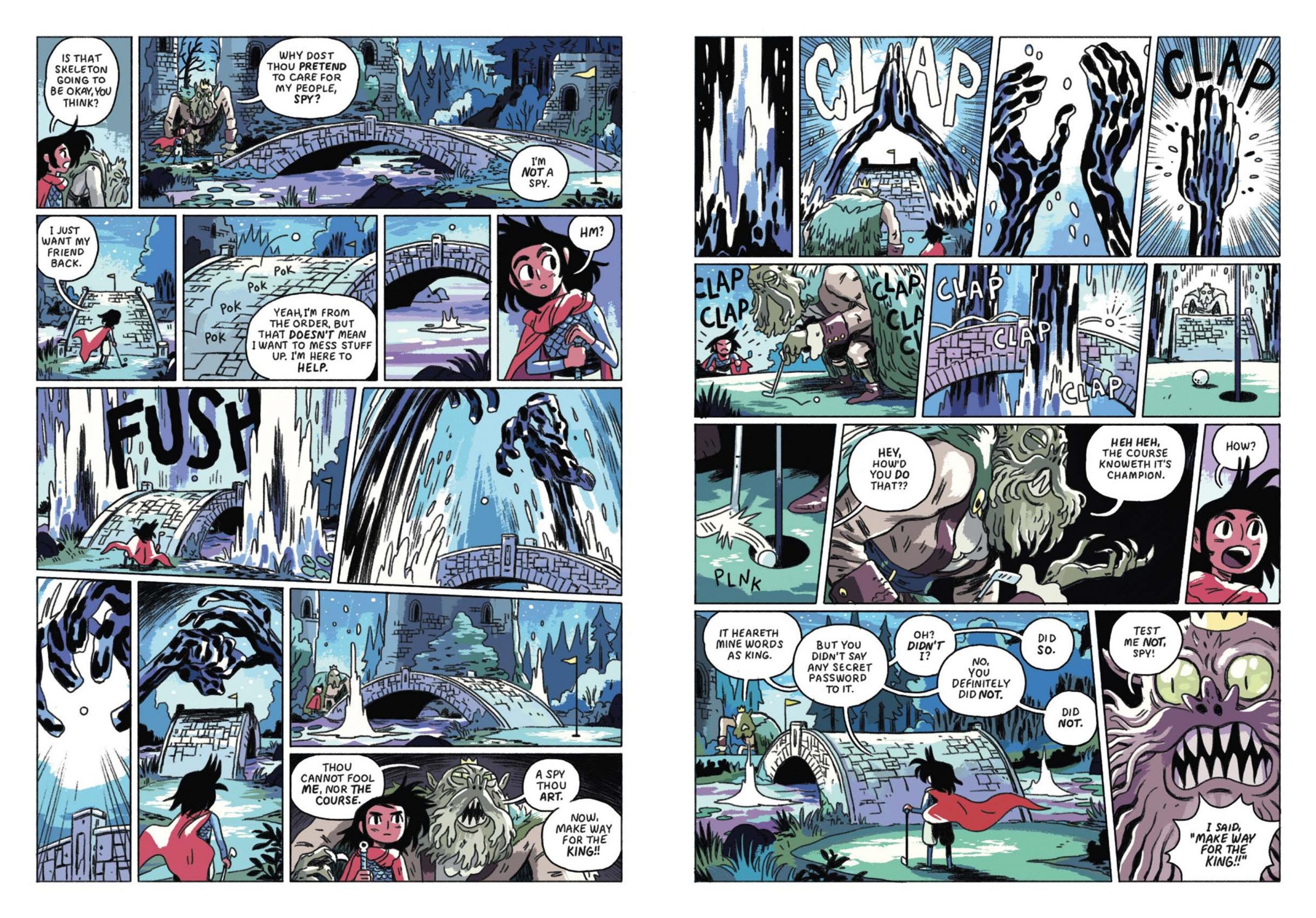 Fantasy Sports opened with the bickering partnership of Wiz and Mean Mug raiding an ancient tomb for treasure to be taken back to the Archmage after winning a game of basketball. The Bandit of Barbel Bay saw Sam Bosma supply more background to the world, including that not everyone viewed the Mages as the good guys. After a game of volleyball, it’s left Wiz and Mug with doubts.

Those doubts grow as they wash up in a different community under the thumb of a big monster believed to have been sent by the Archmage to torment them and prevent them going about their business. Wiz tackles this one almost solo. As before, a sport is central to rectifying matters, but the golf isn’t as structured as the sports in previous volumes. As seen on the sample art, it’s treated as an expanded version of mini-golf, using a castle and its grounds as the course, and Wiz has to outwit a wily foe.

Bosma makes the most of drawing a spooky old castle and the types of stuff it might have lurking around it, or hanging from the walls, but golf’s not the only sport on offer. Anyone who’s read the previous two books might have wondered why Mug’s wearing what looks like a wrestling belt. Bosma lets us in on how it was won, and why not everyone might be happy he has it. It’s an excuse for Bosma to throw in the spectacle of televised wrestling, complete with heroes and villains, microphone grabs, hysterical commentators and impossible escapes.

This differs from the earlier books via a big injection of poignancy. Characterisation has been low on the agenda while the action has been prioritised, but The Green King offers several sympathetic personalities. Wiz has gradually grown into that role, but she’s not the only one. Book by book, Fantasy Sports has improved, and it’s intended a fourth book will conclude the series.