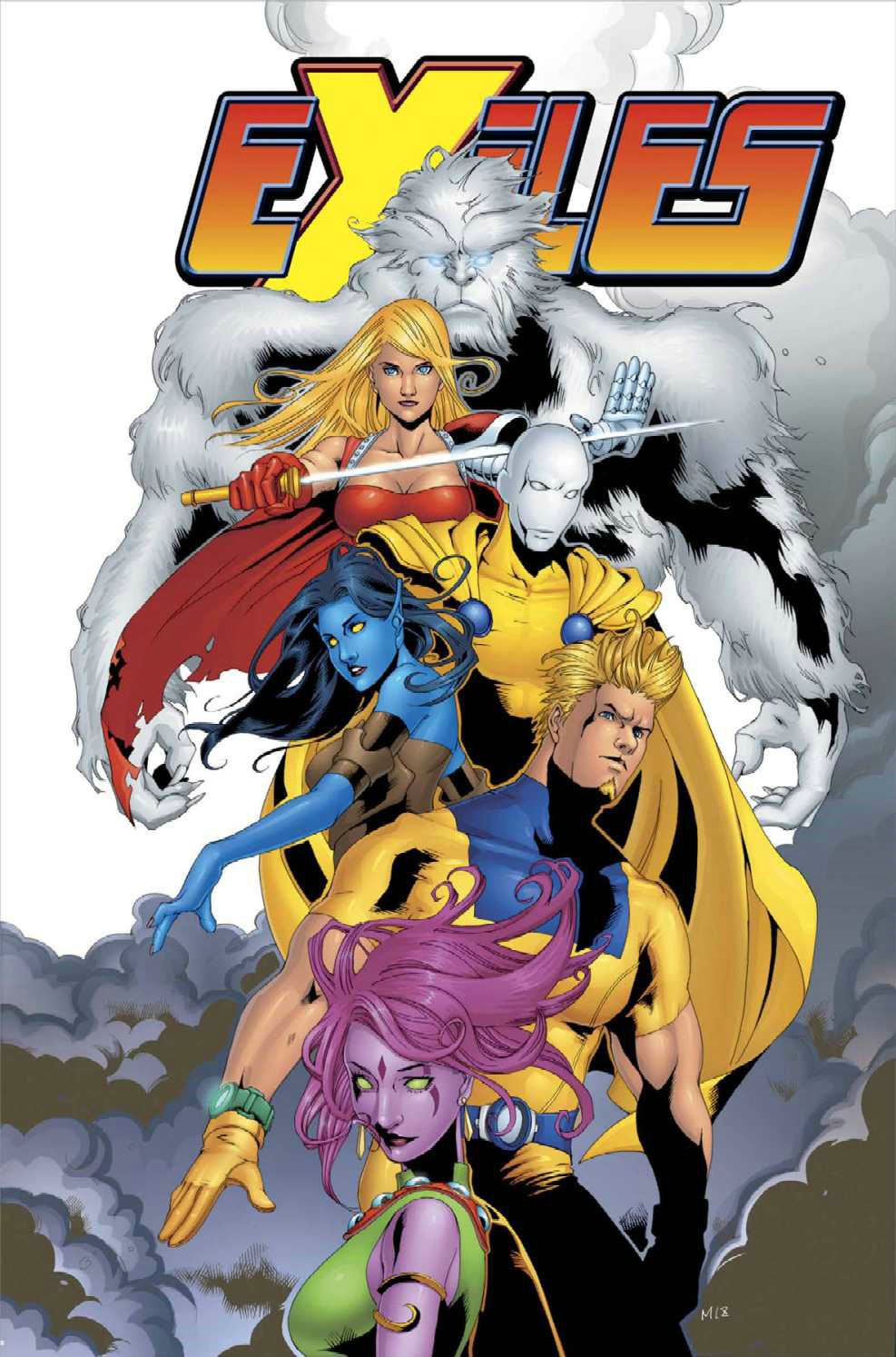 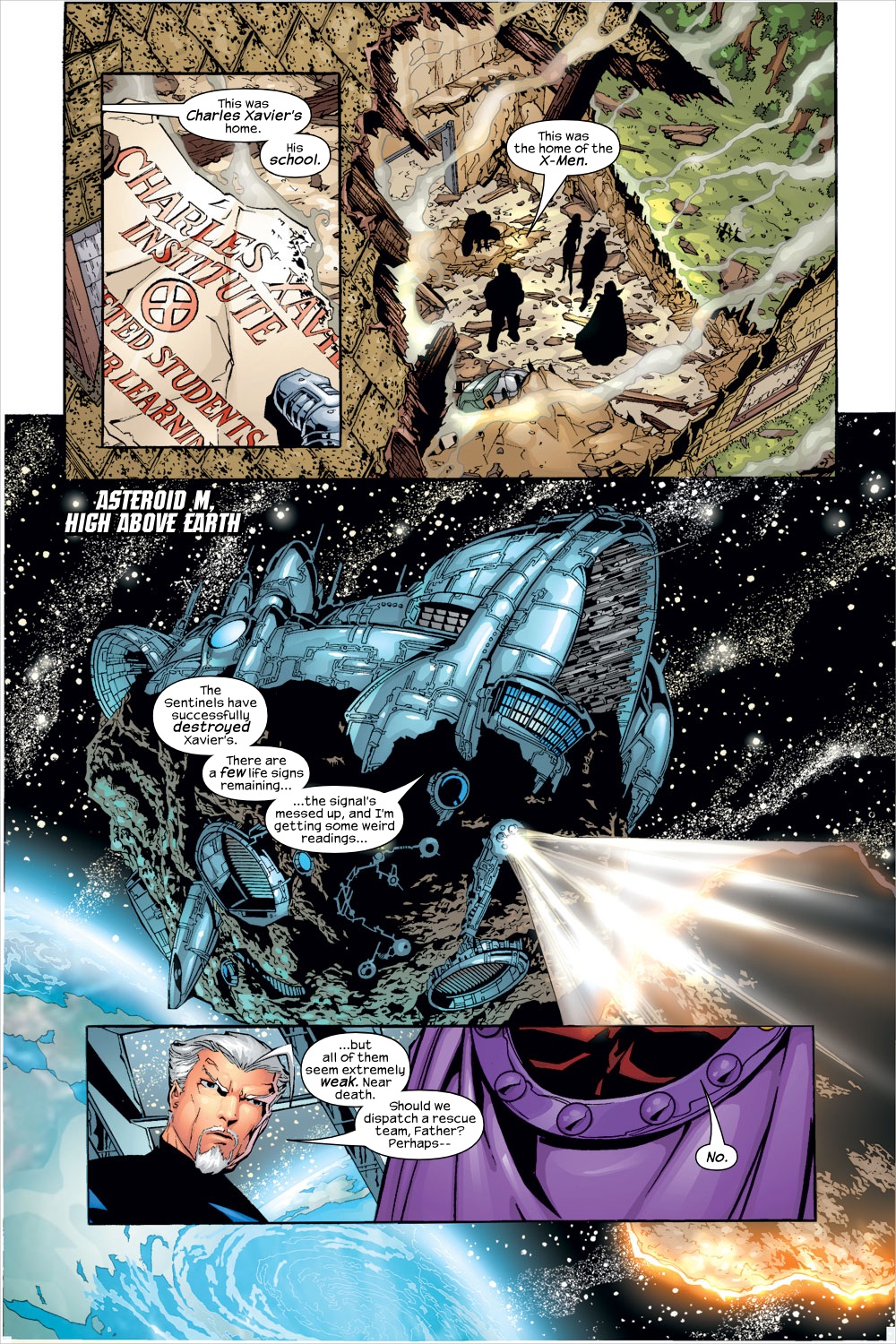 Chuck Austen’s Exiles début on Unnatural Instincts was poor, featuring inconsistent and/or distasteful characterisation, along with too many plot holes. That makes the opening three chapters here a real surprise because the plot works. So does Austen’s tendency to turn people into callous murderers when applied to the more savage Weapon X team also bouncing around alternate Earths. When they lose a member the replacement is Hyperion. Think of him as a selfish Superman who considers might to be right. Why should Weapon X complete their mission and bounce to another Earth, when they can forget about it altogether and rule the Earth they’ve just landed on?

As seen by the sample art, when Jim Califiore’s not drawing humans other than in silhouette, he can lay out a nice page of superhero art, but unfortunately the requirement is for plenty of pages featuring humans. He twists bodies into odd shapes, and consistently misplaces the eyes on a human head, meaning that his characters have extraordinarily flat tops to their heads, and accompanying elongated cheeks and chin. Usual inker Mark McKenna doesn’t bother making any adjustments, but we have hints of the artist Calafiore could be during two chapters of Eric Cannon inking him. Calafiore also writes those chapters, a story of war between X-Men in the young Nocturne’s world, where a young Kitty Pryde also turns up. The basic plot and emotional drama works, but it’s stretched too far over two chapters.

We go through five episodes before Austen picks up on the tragic ending to Fantastic Voyage, but subtle characterisation isn’t his strength. This reads like the worst excesses of the emoting X-Men with everything is overplayed, ramped up for maximum melodrama, so while the basis of their feelings is sound, the extrapolation is poorly handled. Much the same applies to the plot, where the Exiles are pitched against Weapon X and told only six of them in total must survive to move on and continue fixing alternate realities. It’s another distasteful plot, and for it to work we have to accept that too many superheroes are too dim to consider ways of dealing with Hyperion and crew, and that Spider-Man’s webbing is strong enough to hold the Hulk in place. One team member is at death’s door a few pages before being sat on the couch watching TV. The solution Austen eventually applies to the Hyperion problem is good, but prefaced by too much that’s not thought through well enough.

Neither is the eventual ending when many of the illogical plot devices are written off as temporary insanity on the part of the Timebroker, the person supposedly controlling the transportation of the heroes from world to world and relaying mission messages. It’s poor. New writer Tony Bedard takes over with Earn Your Wings. Alternatively both can be found in the bulkier paperback Ultimate Collection Book 3.