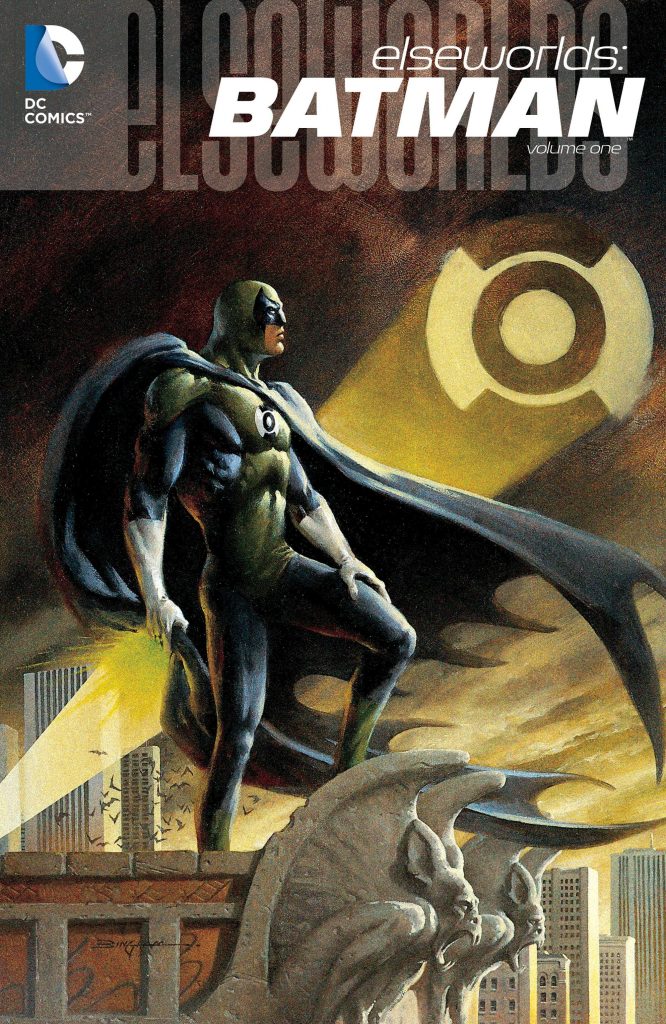 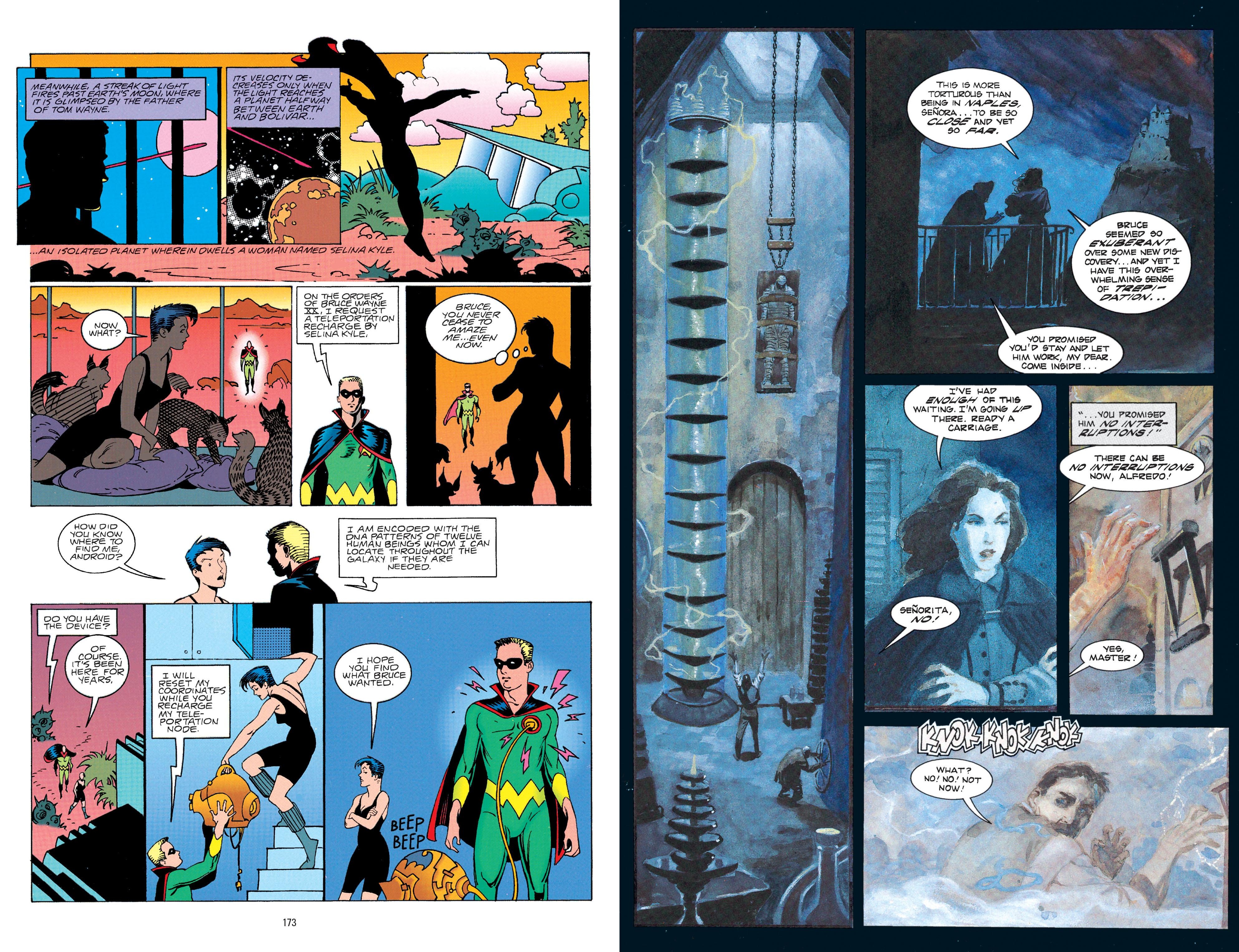 In the 1990s the Elseworlds imprint was a chance for creators to mess with a hero’s mythology by introducing an alternative set of circumstances resulting in a fundamental variation of the character. No DC hero was altered more often than Batman, and this opening volume features eight stories offering substantial variety, substantial differences in creative quality, and quite the trip through genres, resulting in a very mixed collection.

One of the best offerings opens the book, with TV writer Alan Brennert constructing a society in which church and state are indistinguishable, and Oliver Cromwell’s form of Puritanism has spread across the Atlantic. Norm Breyfogle’s sweeping art features several other DC characters as Bruce Wayne gradually sheds what he’s been brought up to believe, and adopts a primal identity. It can also be found in Tales of the Batman: Alan Brennert.

A lot of decorative art features, although the best of it graces the poorest scripts, with P. Craig Russell (sample page left) seemingly having spent six years drawing the confused dystopian future of Robin 3000. His wonderful sense of design and colour is present, but wasted on Byron Preiss’ kid gang adventure reel plot in which Tom Wayne in 3001 is the latest Batman, fighting to free Earth from alien domination. It drags on way too long, as does Dark Joker The Wild, originally issued in hardback such is the quality of Kelly Jones’ art, which is the only notable aspect of a dismal magical fantasy.

There’s more noteworthy art from Bo Hampton (sample right) for a Bruce Wayne who’s a 19th century geneticist, obsessed with putting an end to highwaymen after his parents were murdered by one. Jack C. Harris’ script offers the full gothic template of experimentation in an old castle, a girlfriend neglected by an obsessed scientist, a German setting, and experimentation carried too far. Despite the lack of originality, it chunters along entertainingly. Al Weiss co-wrote the Western plot for a Civil War era Batman, but the polish of his art is unsuited to the setting, which fails to convince. A shame, because the story twists about entertainingly, with co-writer Eliott S! Maggin nailing characters via their dialogue.

Howard Chaykin, credited as Howard Victor Chaykin, writes two stories, both mixing Batman in the past with historical figures along with the Joker, and both entertaining. The meeting with Houdini is written with John Francis Moore, and very nicely painted in watercolours by Mark Chiarello, although there’s an occasional posed quality to his figures, while Chaykin draws Dark Allegiances in his own accomplished style. Provocatively, Chaykin has his villains spout racial insults to underline their evil personalities in the first story, while investigating race hate groups more effectively in the second. Here Wayne earns a living as a technical engineer and fights fascists as Batman at night. It’s packed with inventive trickery and sardonic asides, recasts several Batman villains and presents a great surprise in a Hawaiian shirt. Chaykin’s having a lot of fun, and that transmits.

In the remaining story and cover feature, Mike W. Barr and Jerry Bingham have Bruce Wayne become a Green Lantern, but then do nothing more imaginative than merge the two histories and villains of Batman and Hal Jordan, before meandering to a half-hearted finish. It seems designed for a concluding episode that was never published.

So, a mixed bag, but just enough quality overall to justify the cover price. Volume 2 collects Doug Moench and Kelley Jones’ trilogy about a vampire Batman. 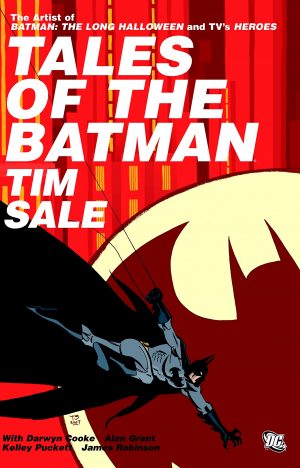