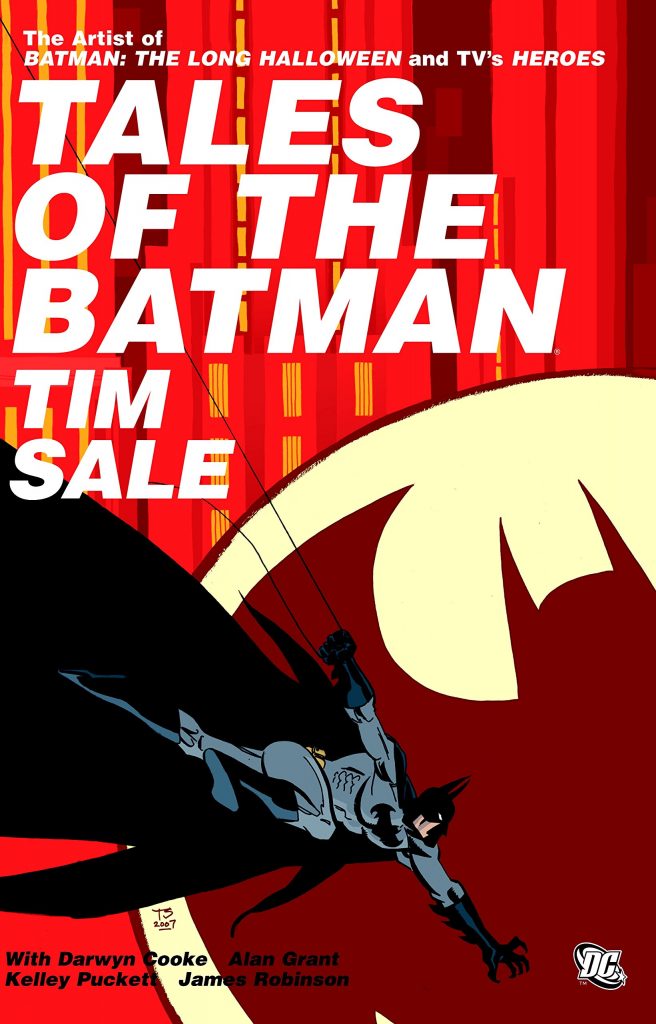 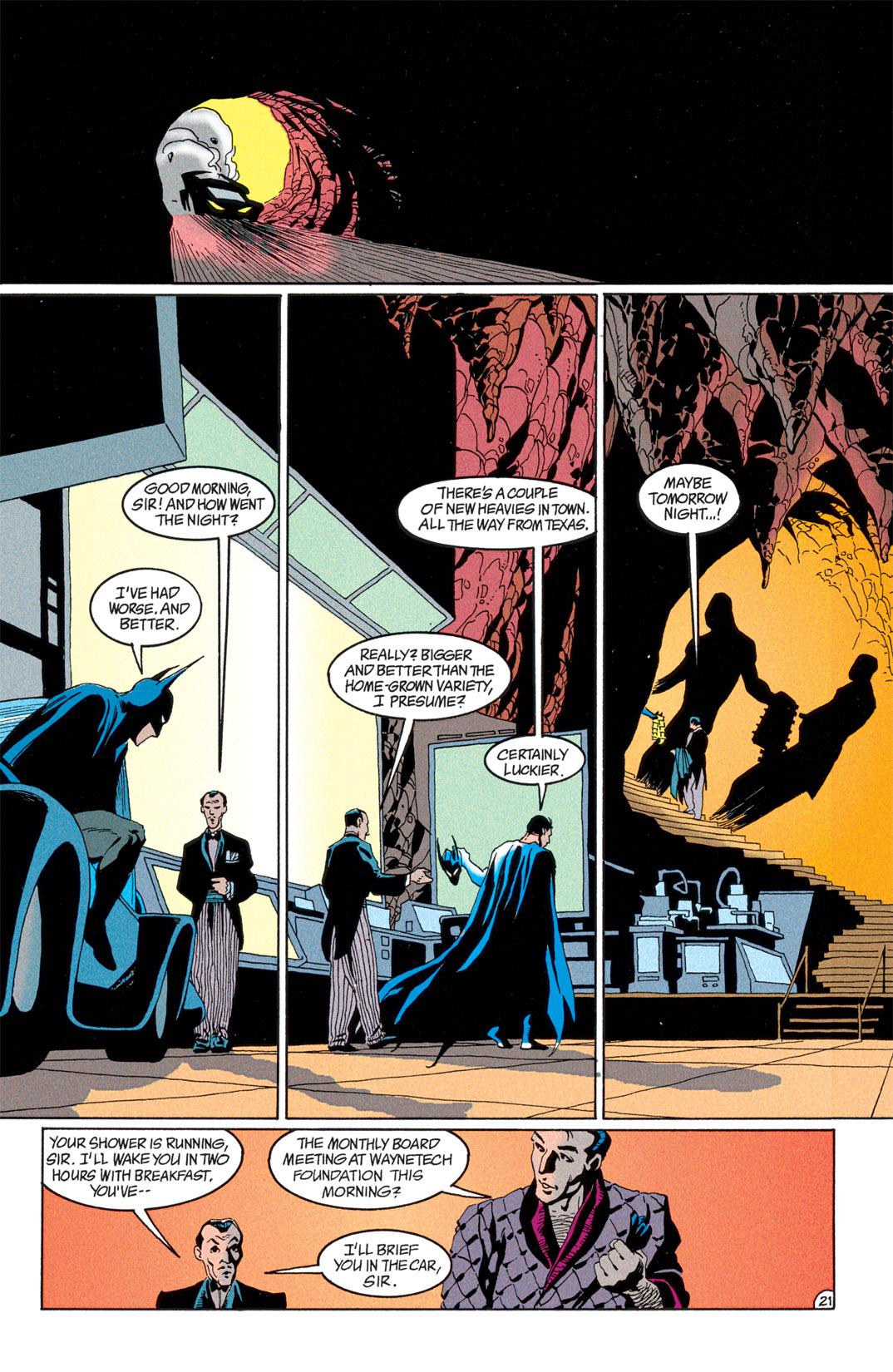 This is a very slim volume when compared with others in the Tales of the Batman series, coming in at under half the page count of Carmine Infantino’s equivalent, for instance. That’s partly because Tim Sale has never worked regularly on Batman, just coming on board for special projects, and partly because DC didn’t include some work that might have otherwise bulked out the book. The content of Haunted Knight, for instance.

‘Blades’ opens the collection, an extraordinary piece considering in 1992 both creators were largely unknown. James Robinson’s script introduces both a new hero and a new serial killer to Gotham, and Sale draws the hell out of Batman and his city. Elegant design harkens back to the Batman of the 1940s, but with a modern feel to it, and Sale picks up on the dramatic tone of Robinson’s captions, providing the appropriate emotional intensity.

Sale seems nowhere near as interested in Alan Grant’s story of Arkham Asylum’s inmates, Batman’s villains, playing a softball game after being transferred to an ordinary prison. There is the occasional flash of the stylish layouts seen on the previous story, views of Blackgate Prison on its isolated maritime rock for instance, but the majority of pages are crowded and lacking individuality.

Grant also writes the three chapter ‘Misfits’, which is better all round. It introduces a costumed thief with an incredible lucky streak and the bounty hunter on his trail, someone well equipped enough to fend off Batman. The Misfits of the title are a bunch of Gotham’s second string villains who’ve come up with the caper that they believe will seal their careers, but there’s one very important piece of information about which they remain ignorant. In both this and Robinson’s story Sale makes great use of space, emphasising the cast by dwarfing them in their surroundings, and while there’s not a lot to work with in terms of stupid established costumes for the villains, he transforms Killer Moth superbly.

A final strip is eight pages in black and white. Kelley Puckett’s script is slim, and Sale features his unaccountably malformed version of the Joker with ridiculously massive teeth, but the contrast of grey wash with monochrome is effective, and this is Sale now the complete artist.

Reproductions of covers Sale produced for comics he didn’t actually draw complete the content. As a very design oriented artist, the single image is a strength. This is a fine selection of pieces, and it’s interesting to see how a sketch of Catwoman used on his Solo cover developed into the finished article on Detective Comics.

It might be a slim collection, but when published in 2007 most of the content had either not been published in book form, or was long out of print. It chronicles Sale’s artistic development, and as well as looking good, almost all the stories are readable.