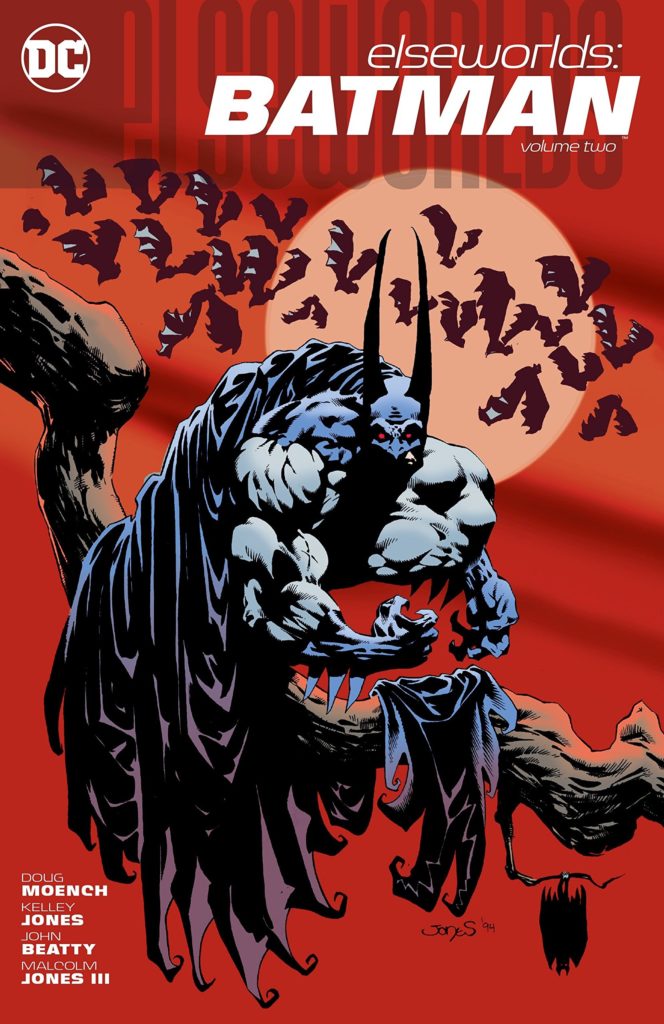 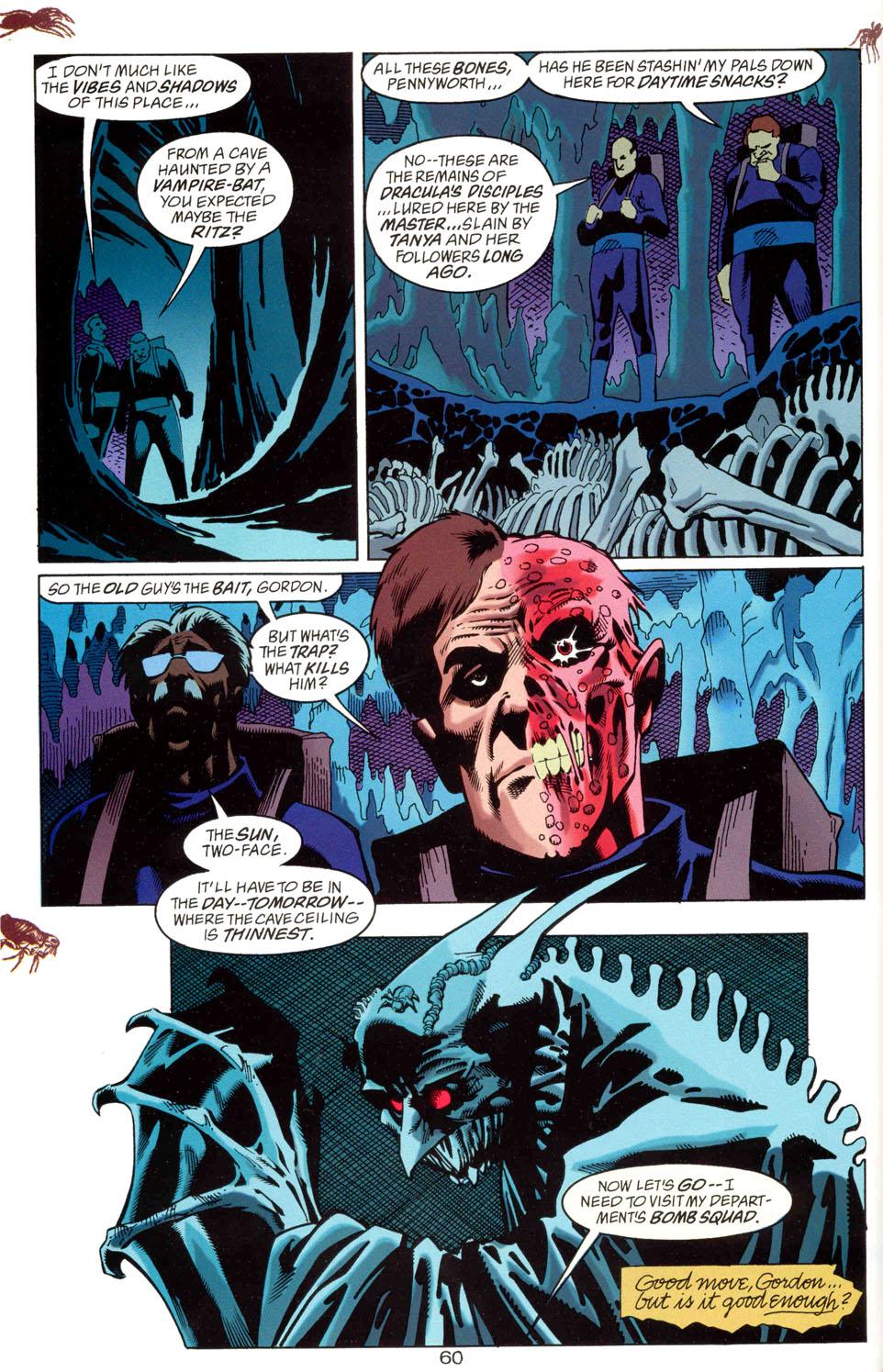 Batman Elseworlds presents versions of Batman in different times and places, not tied to continuity. Unlike Volume One and Volume Three, the entire content of this collection focuses on the progress of a single Batman. It’s a handy way to have all three of Doug Moench and Kelley Jones’ collaborations about a vampire Batman in one place. Moench put some thought into how Bruce Wayne’s individual determined mindset would handle being transformed into a vampire, but these are stories of moments, not of consistent quality.

The same applies to the artwork. Jones develops over the eight years he worked on these stories, taking on different influences, and becoming a more accomplished artist, albeit one prone to wild distortions not always pleasing on the eye. His Batman is a constantly transforming creation, by the end of the trilogy as feral and terrifying as intended, but other experiments aren’t as successful. Several of Batman’s primary villains are redesigned, and the Joker is a definite triumph, Jones looking at other depictions over the years to arrive at a very expressive version, but his Penguin is a disaster, an attempt at a beak failing completely. The first story is fractured, Jones not always successfully building some pages around a startling image, while the other two have them more smoothly incorporated into the page designs, and for fans of Jones’ art there are more than enough reasons to invest in this collection. He isn’t one for subtlety, though. This is a brutal, vicious Batman, and Jones is explicit with the demonstrations.

When Batman & Dracula: Red Rain was first released as a hardcover edition in 1991 it was phenomenally successful, yet it’s strangely lacklustre. The idea alone is thrilling, but despite the novelty of a handsome, modern Dracula, he’s by the numbers, never transmitting as the intended threat. Batman’s transformation is awkward, at first unexplained, and later only in passing, and it takes until halfway to pick up. The person that prompts this is ludicrously costumed, but otherwise interesting, and if the finale is largely predictable, at least the run up to it provides the necessary action.

Transforming Batman into a horror character is most successfully achieved in the middle section, Bloodstorm. Part of the success is the inclusion of some known villains for Batman to play off, but that’s not everything. It has some pace, deals nicely with a conflicted Batman now aware he’s going to need blood, and throws in some real surprises as it heads to a decent finish.

By Crimson Mist Moench is making the point that Batman is now irredeemable, accelerating his bloodlust so he becomes a greater menace than even the savage incarnations of his villains. He’s so barbaric that Alfred and Commissioner Gordon conclude they made the wrong decision in resurrecting Batman to deal with those villains, so what’s the solution? While the over-riding theme is interesting, Moench pads out the page count, repetitive scenes just replacing one villain with another, and everything devolves into excess. It’s almost pulp comedy, and that’s certainly not the intention.

Perhaps if all three stories had been contracted into the single, shorter piece, Batman as a vampire might have read better. As it stands, some ideas are nice, and some art is imaginative, but the execution fails to match the concept.