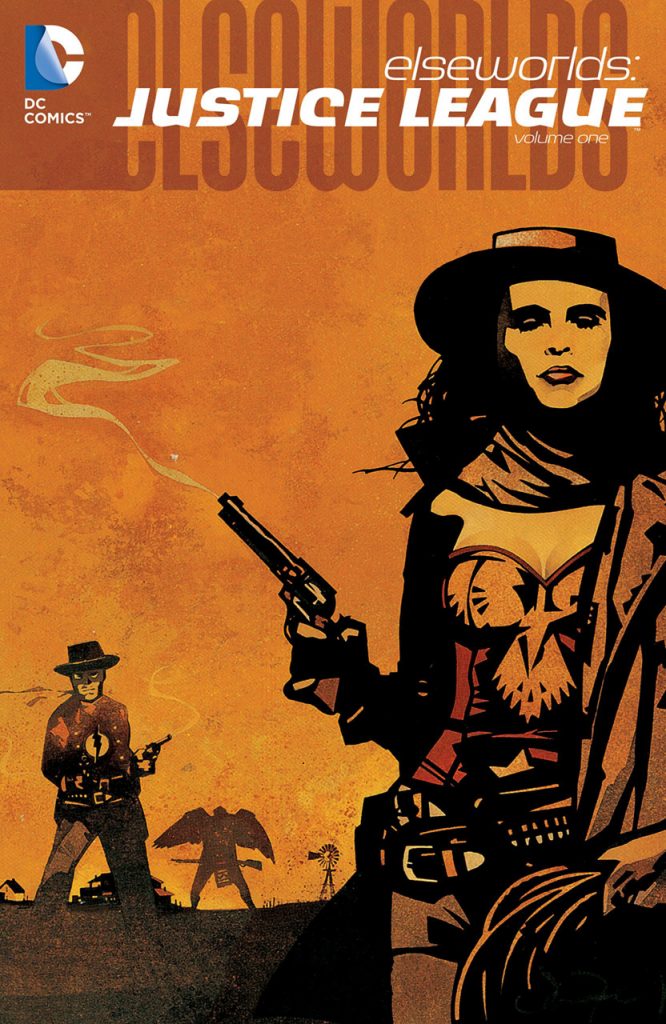 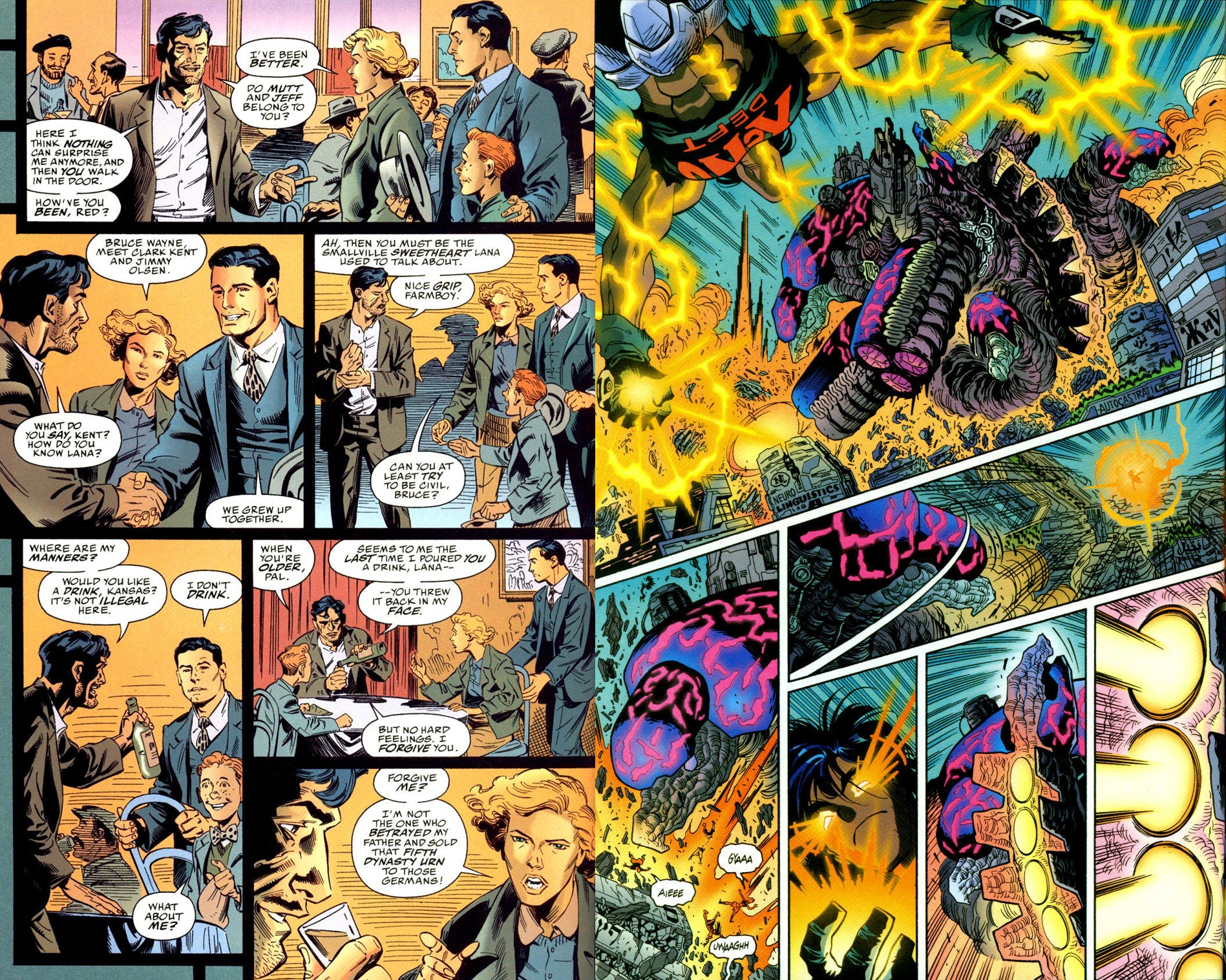 Issuing this hodge podge of alternate world stories as a Justice League collection is stretching the truth very thin. The team are only central to two of six stories, and while individual members feature in others, so do those with no connection to the Justice League.

Starting with the two contributions fitting the title remit, ‘League of Justice’ presents a fantasy world on which individual heroes operate, and to which a bunch of ordinary humans are transported and tasked with uniting them. Ed Hannigan ensures enough visually interesting scenes for Dick Giordano to interpret, but otherwise this drags, never fulfilling its potential. It’s a shame, as there are good ideas that would have shone in a more compact tale. ‘Justice Riders’ is far better. As the title suggests, it’s an old fashioned getting the gang back together Western in which Chuck Dixon deals in archetypes, both Western and superheroic, and there’s some fine art from J.H. Williams III early in his career.

Improving on that is ‘Elseworld’s Finest’, teaming versions of Batman and Superman in the 1940s with John Francis Moore and Kieron Dwyer (sample art left) drawing on the movies of that period for inspiration. You can imagine Bogart playing their down at heel Bruce Wayne, the variations on other known names are well conceived, as is the integration of themes from the continuity of both heroes spread over several exotic locations. It’s a lot of fun.

A second ‘Elseworld’s Finest’ unites Batgirl and Supergirl in Gotham. It’s an enclosed society where visitors are rarely welcome, an exception being a kindly Lex Luthor offering a new power source, who’s kidnapped by the Joker. Barbara Kesel, Matt Haley and Tom Simmons share the plotting, with Kesel scripting, Haley pencilling and Simmons inking. The virtuous Luthor is overplayed, and some art is exploitative, but once the plot starts contrasting Batgirl and Supergirl it’s more interesting.

‘Scissors, Paper, Stone’ is a version of the Teen Titans divisive when published in 1997 due to the cutesy manga art of creator Adam Warren. Perhaps after Teen Titans Go! and Tiny Titans there might be more widespread acceptance. Within that style Warren’s art (sample, right) is amazing in places, detail packed and inventive when required. He splices the stories of the alternative Titans between a battle to save their adopted planet in the future, and it’s an awkward fusion as a few pages of action are followed by densely worded infodumps. The variations on the Titans are novel, but the story isn’t, and the ending completely destroys the established light mood.

‘Amazonia’ is another highlight, although printed smaller than the original album size, which is a pity as it smudges Phil Winslade’s extraordinary and super detailed illustrative art. William Messner-Loebs has Wonder Woman transformed into a stage act by a villainous Steve Trevor in a Victorian melodrama, and Jack the Ripper is on the loose.

It’s puzzling that this strange and deceitful collection minimises the Justice League when there are other, decent, Justice League Elseworlds stories that could have been used (Age of Wonder, Created Equal, Secret Society of Super-Heroes). A second selection followed, even further off message. 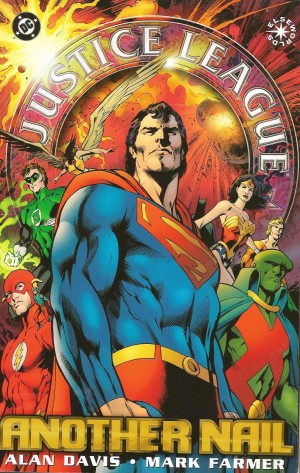