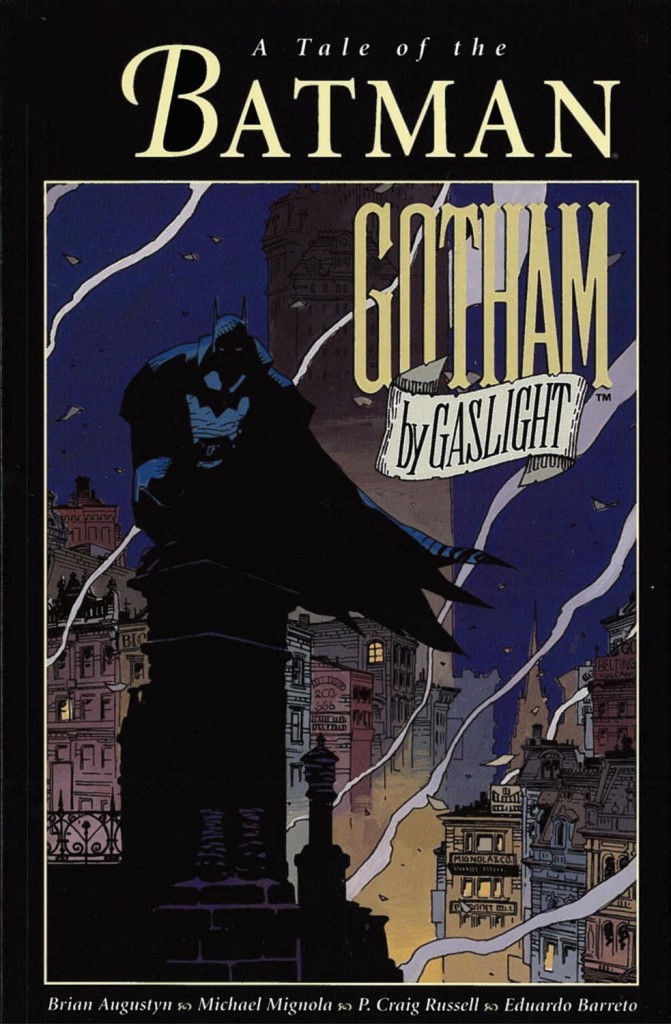 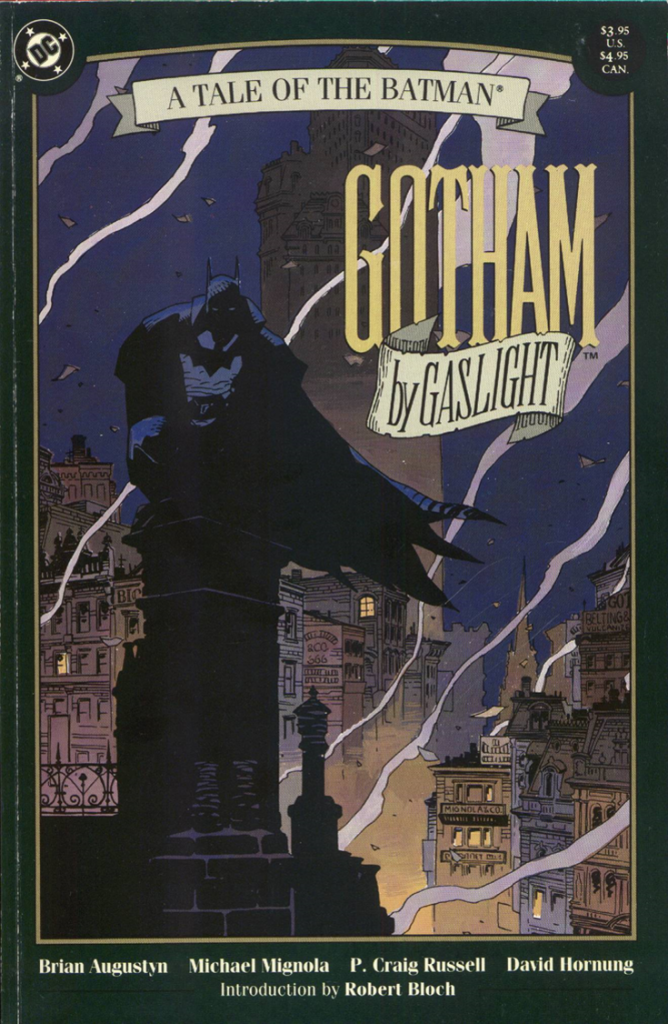 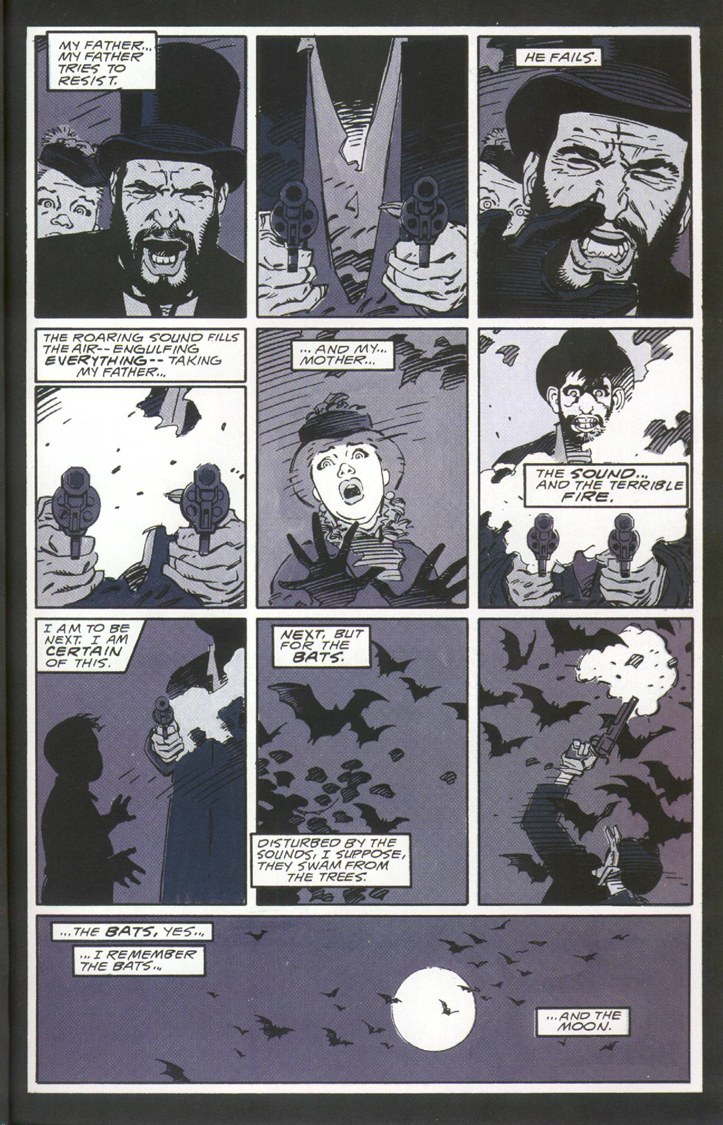 Gotham by Gaslight is arguably the first Elseworlds publication in the DC franchise and is a prime example of the revisionist superhero genre. These ‘what if’ one-shot titles took the traditional superhero into unknown realms and dissected and reshaped their moral code to adhere to different universes. In Gotham by Gaslight the concept of Batman is transported to Victorianesque Gotham amidst the panic of the mysterious killer Jack the Ripper. The World’s Greatest Detective utilises his skills to uncover the murderous crimes but in doing so must face up to his own psyche.

Much like the timeless quality of the Dark Knight, 1800s Gotham retains its dark, gritty and dangerous aesthetic. Commonly within the revisionist genre, the superhero is used within a particular social setting to make contemporary commentary on our own, and this is also the case in Brian Augustyn and Mike Mignola’s work, which uses the past as a mechanism to discuss the present.

As is often the case with the new style of superhero, Batman’s sudden appearance in 19th century Gotham is treated in much the same way as comics set in contemporary society, with a mixture of reverence and repulsion. It argues that Batman has and will always be the underdog superhero, a hero that society can never fully accept.

Stripped of the modern technology that would normally give him superhuman advancements, the story is more about Bruce Wayne’s strength of character than Batman’s, focusing more on his willpower and his detective skills. Unlike most conventional superhero narratives, the story is not action-packed, it delves into the trauma and humanity behind the mask.

The narration at points makes the readers, who are well aware of Batman’s character, doubt themselves as the evidence stacks up against Bruce Wayne, suggesting he could be the Ripper. It cleverly plays out the mystery/detective narrative that the Dark Knight was created for.

This dual identity, mixed with the possible insanity/villainy of Batman’s character lends itself to the Gothic tradition of the ‘id’ like Jekyll and Hyde, Bruce and Batman exist as opposites, light and dark, good and potentially evil.

Mike Mignola’s artwork, beautifully diluted to look like a decaying relic amongst the bright vibrant world of the superhero, works perfectly with Brian Augustyn’s psychological thriller. Taken out of his contemporary context the comic questions at what point does Batman stop being Batman? Take him out of his social norms, throw him into a 1800s version of Gotham and does he still maintain the justice and sense of morality of the traditional Dark Knight?

Gotham by Gaslight is a unique and intelligent comic that shows the fluidity of the Batman ethos, experimenting with the many themes and genres that shape his character and is an ageless tale that definitely puts the dark in Dark Knight.