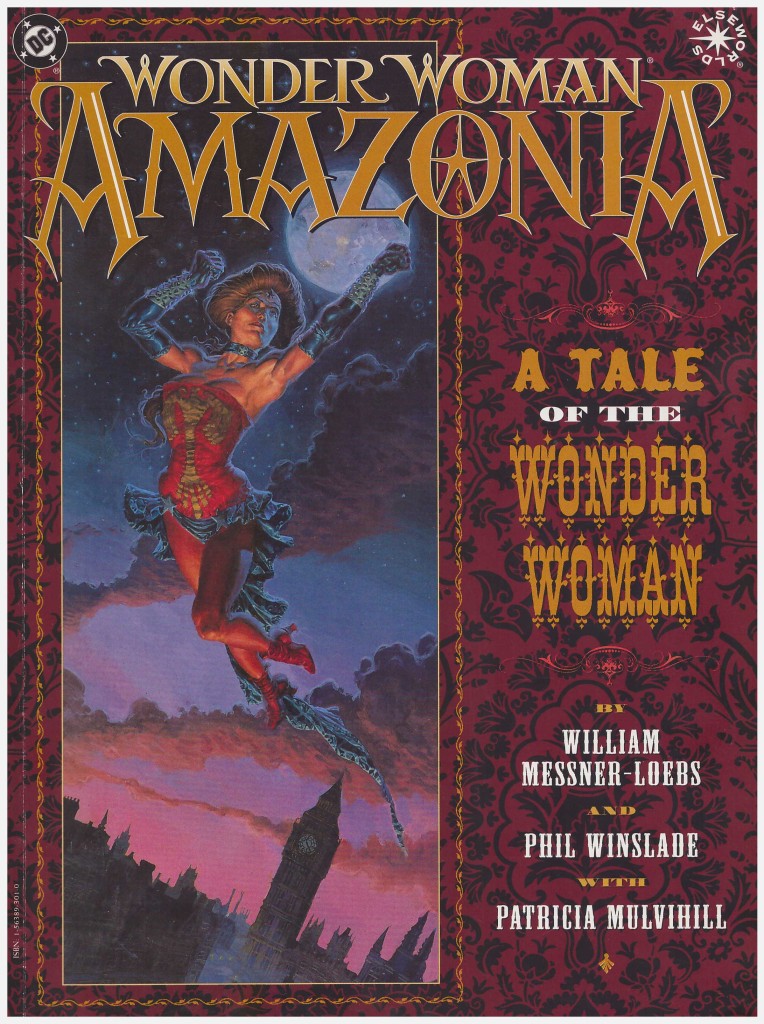 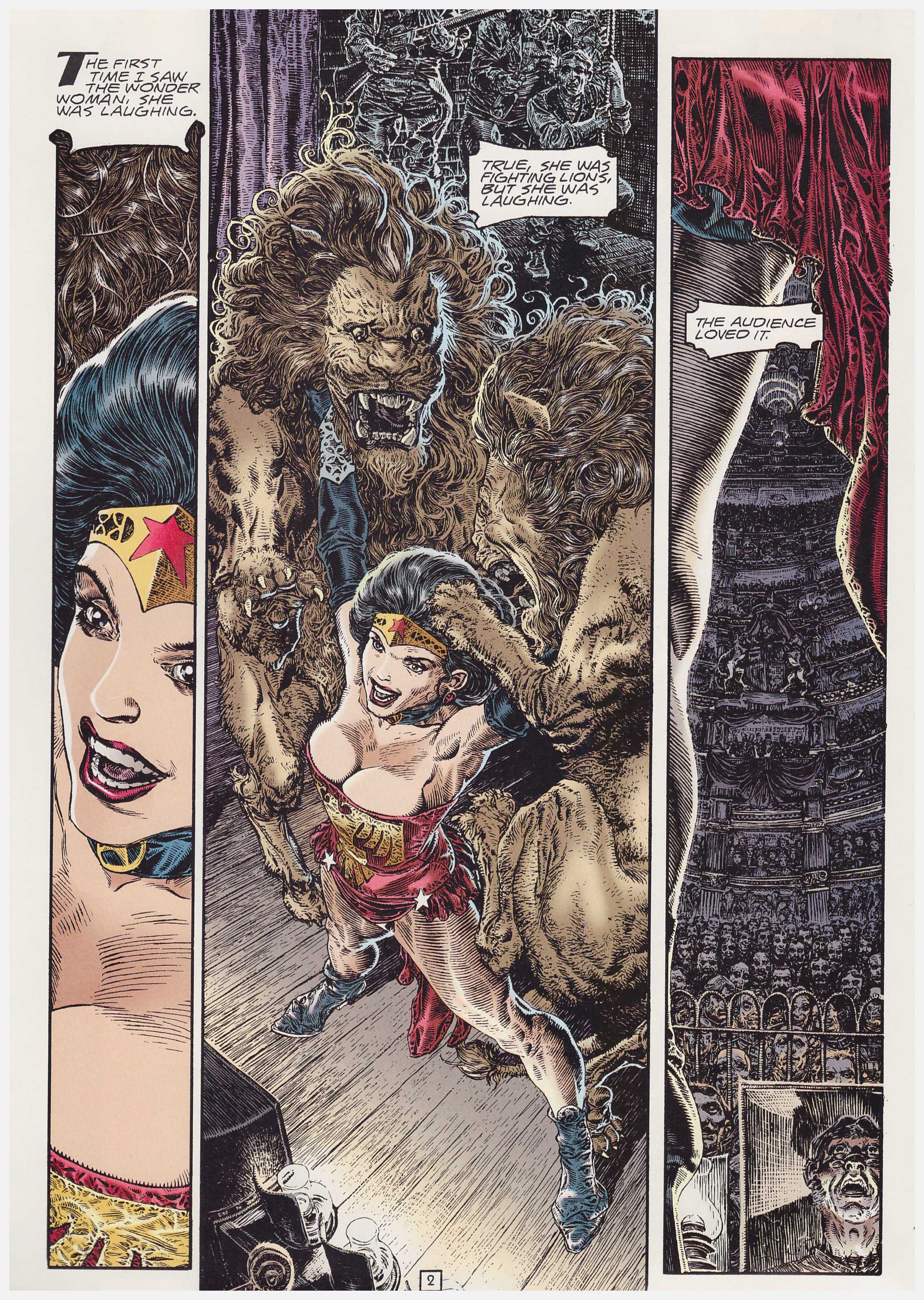 Amazonia is out of print and long-forgotten, and that’s astonishing considering the effort artist Phil Winslade put in to recreating the turn of the 20th century setting. His art is compulsively over-detailed, Winslade unable to resist decorating the facade of the royal box at a theatre with ornate designs, or depicting every tile on the roof of a detached suburban house. This is despite the reproduction being less than an inch across when printed.

Every single page has astonishingly rendered imagery as Winslade toys with influences from elsewhere. Wonder Woman’s Paradise Island is presented as if designed by Alphonse Mucha, scenes of poverty echo Ron Embleton’s Victorian prints and the majority of the book is presented as if illustrated by Charles Dana Gibson. Wonder Woman herself embodies the typical Gibson Girl, in appearance at least, and Gibson’s illustrative rendering is apparent over the entire cast. Winslade’s capacity for mimicry is breathtaking, but he’s no mere copyist. The story layouts work, and he creates a convincing environment for this alternative Wonder Woman. Gary Giani is renowned for his modern day use of similar influences, and Winslade should receive some due. The one point where the art is lacking is that the backgrounds are sometimes so overwhelmingly rendered that they distract from what should be the panel’s focus. It’s a small price.

Wonder Woman is alternative because this is an ‘Elseworlds’ publication, in which some familiar aspects of a prominent character’s mythos are transposed into an alternate world scenario. The setting is a far more aggressively imperialist and warmongering United Kingdom whose forces over-ran Paradise Island, where the infant Diana was abducted by soldier Steve Trevor. She’s grown of age and Trevor now exploits her by having her perform feats of prodigious strength in London theatres. She’s also the mother to a large family.

As characterised by William Messner-Loebs, this Trevor is an unsavoury opportunist, the very antithesis of the noble pilot who crash-landed by Paradise Island in the more familiar Wonder Woman scenario. His portrayal of Wonder Woman as genial and kind in the face of adversity works, as does her eventual inspiration for a society where women are routinely chained.

Unfortunately it’s amid a larger scenario where Jack the Ripper’s murders are prominent, and members of the supporting cast are one-note. Aspects of the plot are resolutely unpleasant as Messner-Loebs toys with the Victorian concepts of gender, with one character brandishing the essence of masculinity in a test tube. Winslade’s sterling work elevates Amazonia far beyond the plot he was supplied, and that’s the reason for locating the book today. It can be found in Elseworlds: Justice League, but reduced to standard graphic novel size, smudging the artistic detail.