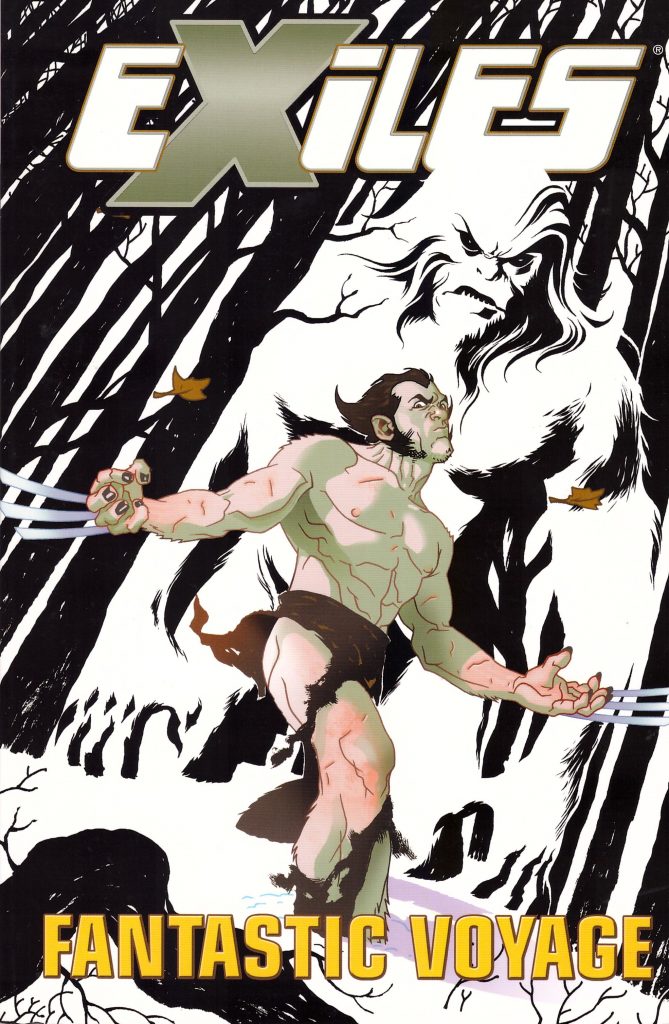 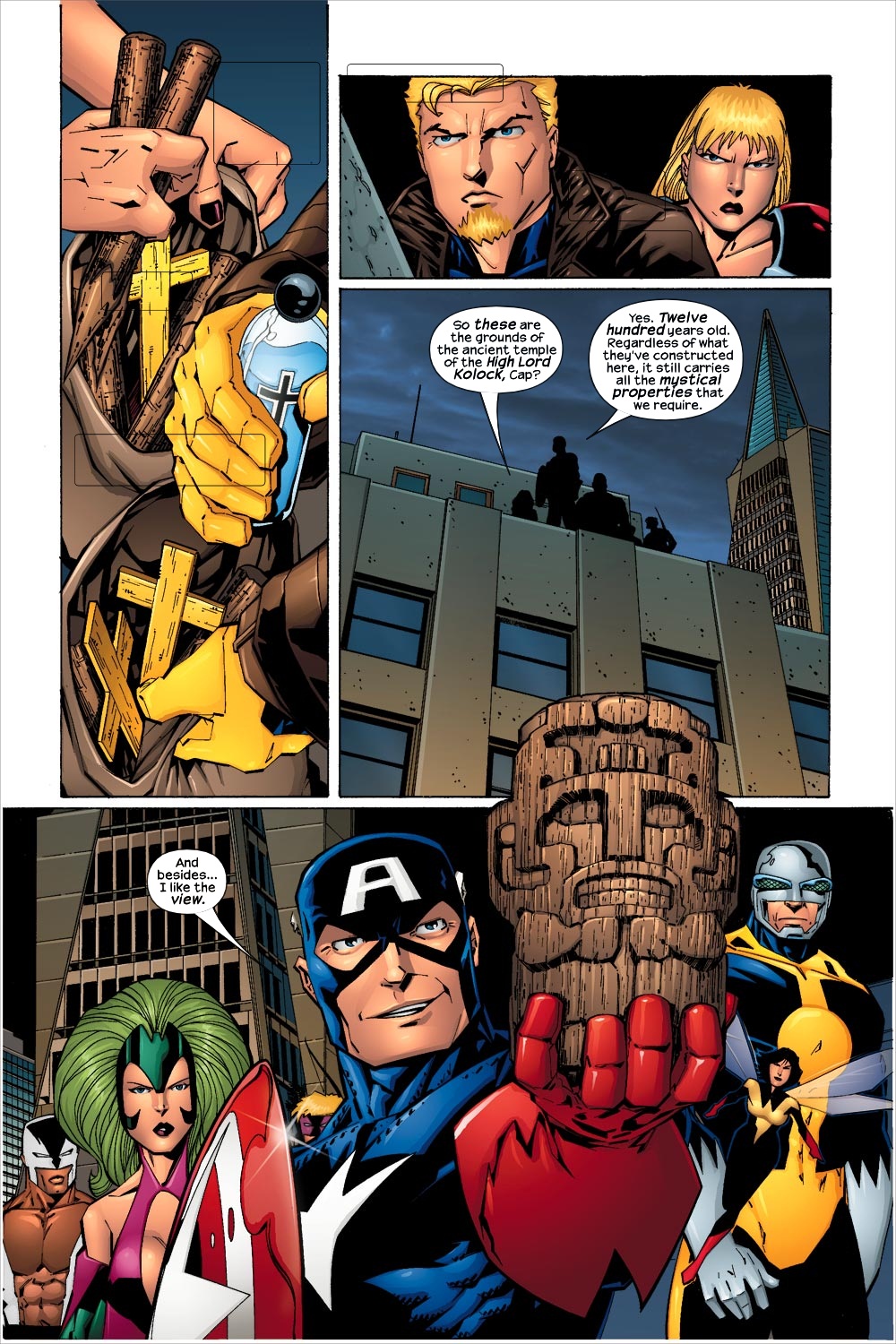 After the illogical unpleasantness of Unnatural Instincts it’s a relief to have Judd Winick back in charge for his final collection of Exiles stories. He immediately references the vicious and unpleasant nature Magik was saddled with, but in an opening story of Captain America leading a team of vampire Avengers, Winick turns that to the Exiles’ advantage.

Wolverine dominating the second successive cover of a title in which he’s only a guest star is down to some Exiles turning up to face a version that’s only just escaped from the Weapon X facility where he’d been tortured and experimented on for years. It’s a humane and tense encounter nicely drawn by Tom Mandrake, whose brush style creates a good Sasquatch, far more developed as a form of animal than by any of the other artists. That’s the first of three stories pairing two members of the Exiles on different worlds with different tasks before reuniting them for the conclusion. Winick throws in a curveball by having Nocturne and Sunfire return to the planet of the Vi-Locks, last seen in Legacy.

Much of the content is drawn by Jim Calafiore (sample page), who is limited. As well as not quite having the shapes of heads and configurations of features down, he can’t quite sell either big emotional moments or small subtle ones, and some of the content he’s allocated would be improved by someone who can manage that.

Winick’s Exiles finale is three chapters of the team transported to an Earth where the Fantastic Four are just about to become the first superheroes in decades. It’s a more interesting scenario than may at first be apparent because unlike the worlds the Exiles usually visit, there is no other superhero help they can call on. Knowing the identity of other mutants isn’t of use because they’re still children, so they need to solve one hell of a problem with a novice Fantastic Four. Actually, two one hell of a problems. Mizuki Sakakibara on the middle chapter is a far more delicate and intuitive artist than Clayton Henry, who’s not bad, just not as good. At various points it seems as if Winick’s leaving the team one member down on his way out, and because we know there’s no guarantee of everyone making it to the end of the book…

After an ordinary start, every Exiles collection with Winick’s name has been entertainingly written, the drawback being that some of the artists he’s been partnered with are hardly of the first rank. The omens aren’t good for the immediate continuation in A Blink in Time, as that’s again written by Chuck Austen, who didn’t distinguish himself on Unnatural Instincts. This content, along with the previous two books is also available as Exiles Ultimate Collection Book 2.