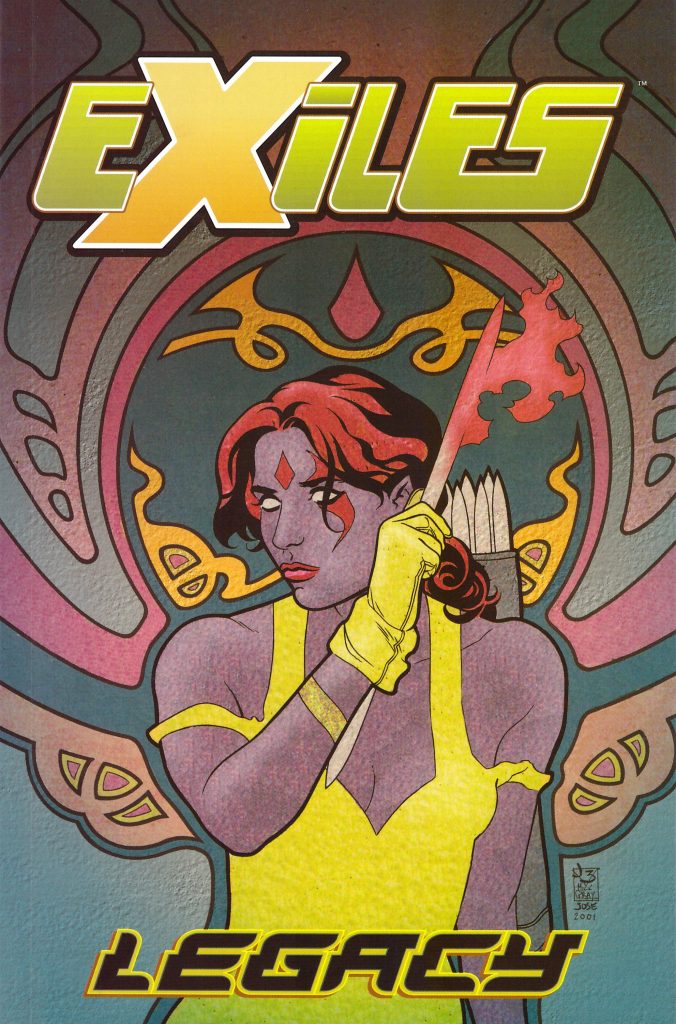 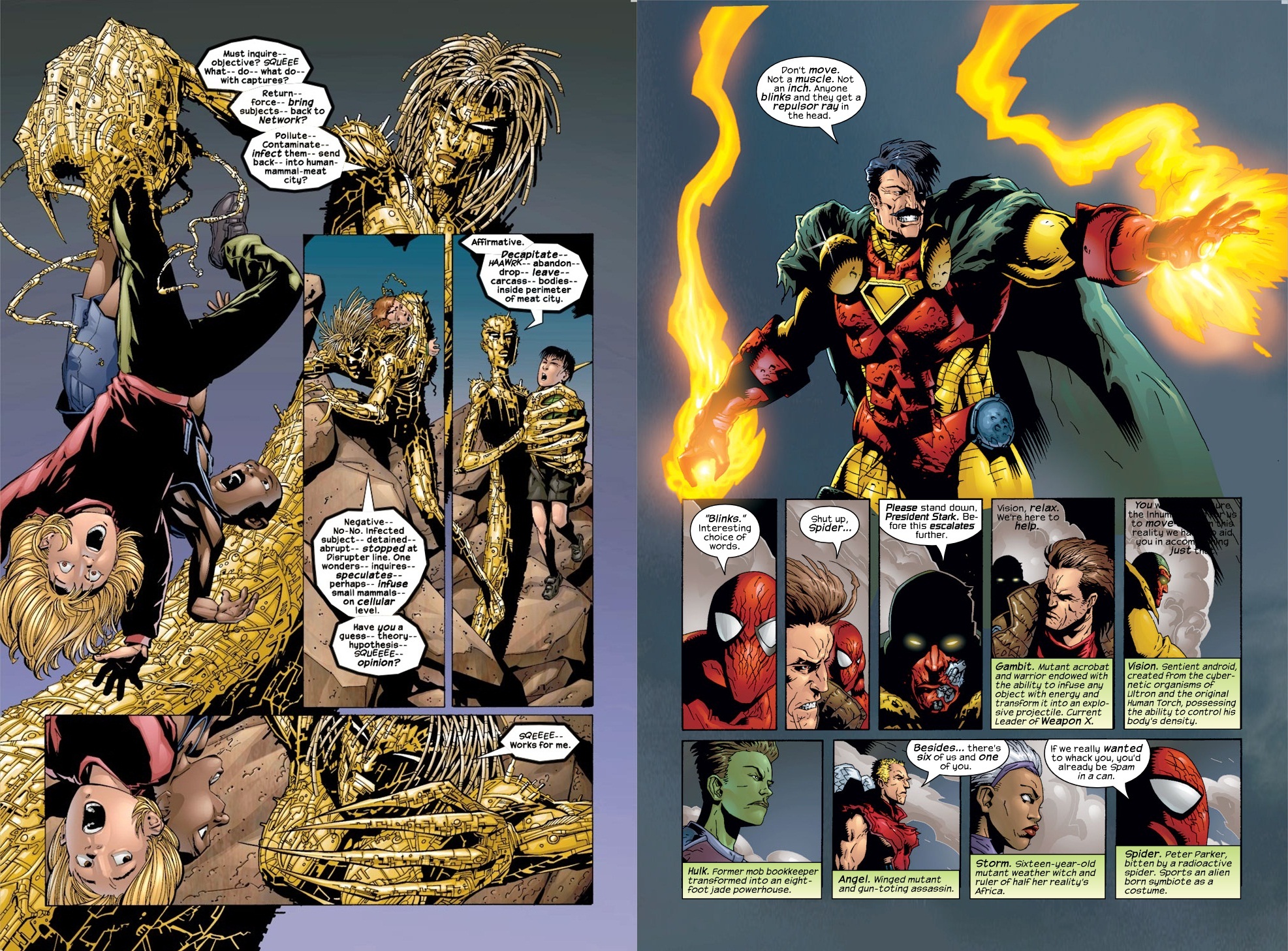 Part of the thrill of opening any Exiles graphic novel is just seeing what type of alternative Earth the team have transferred to. This time around it’s one where 70% of the population are morphing cybernetic beings infected with a virus that transmits by touch, and another world where Tony Stark has assumed control of the planet.

Jim Calafiore draws the opening story, and is fine with the noodling detail convincing humans have been transformed into cybernetic beings, but when it comes to the actual humans they’re all too often drawn in short strokes. Heads are misplaced on bodies, bizarre shading covers faces, womens’ breasts are footballs, and he continually locates eyes only a third of the way down the head. It pulls down a decent adventure. There’s a far greater dynamism about Kev Walker’s layouts on the second story, and greater thought, such as adjusting Tony Stark’s moustache to give him a greater resemblance to Stalin, under whom the largest body count in history was amassed. It reflects Stark’s personality in this world.

The Vi-Locks emerged based on New Mutant Warlock, and among those transformed are just about every surviving superhero on the planet, making the Exiles’ mission to reverse the effect the usual impossible task. Judd Winick is consistently creative with these, and equally good at employing the wonders of Marvel’s characters to formulate an ingenious solution, but not before the requisite drama and desperation plays out.

Stark’s story is even better, cleverly conceived in so many ways. Winick opens it by relating in detail how Stark furtively manipulated events to bring him to the point where he was offered his role as Earth’s monarch, no-one any the wiser about his true nature. Even less apparent is the toll a battle with Doctor Doom has taken. From those opening revelations Winick and Walker build a broken society shown in dark glimpses over an entire chapter until the dimension-hopping team show up.

Winick’s admirably unsentimental about his cast. It’s been established six team members are necessary at all times, and that there are circumstances in which they can be replaced. With every successive graphic novel one team member has fallen by the wayside, and it happens again as Magik joins for the second story. This particular replacement has been well handled by Winick blindsiding us with some accomplished melodrama beforehand. The replacements further enhance a series where surprise is integral. However, one hell of a shock awaits in Unnatural Instincts, which is up next. Alternatively they’re combined as Exiles Ultimate Collection Book 2.