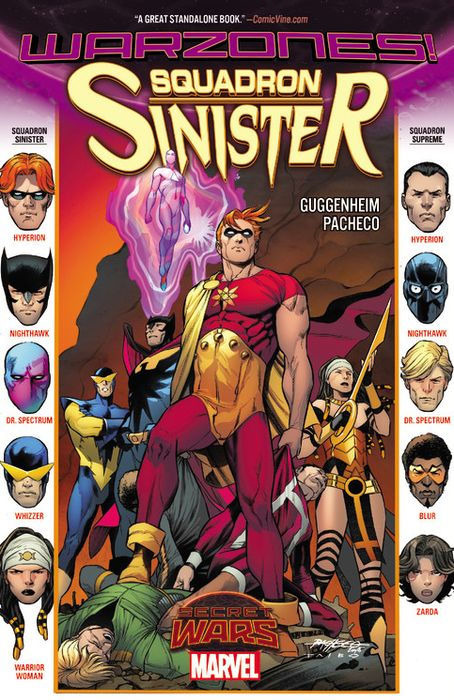 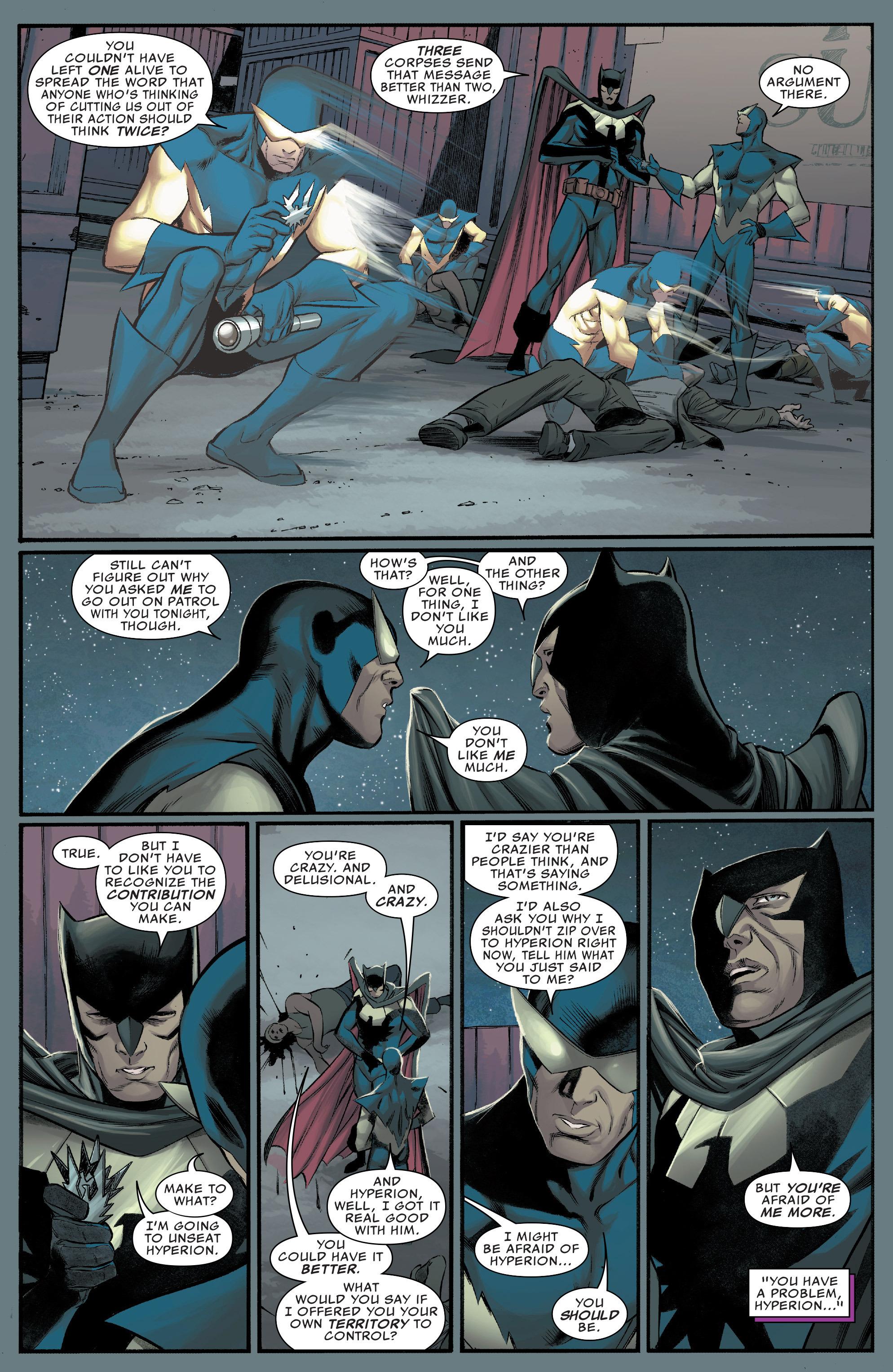 Although more familiar in their superhero incarnation, as seen in the Avengers back-up strip, Doctor Spectrum, Hyperion, Nighthawk and Whizzer were first introduced as villains, and are here joined by Warrior Woman to underline the Justice League comparison. As this is a Warzones! title it has connections with Secret Wars, and a world stitched together from assorted alternate realities as seen in Marvel comics of the past.

The Squadron Sinister have been busy annexing neighbouring territories, largely unconcerned about who they discover there, executing heroes and villains alike. What they do care about is the all-powerful Doctor Doom and the army of Thors he has to enforce his will. What they should also care about is Marc Guggenheim titling the first chapter ‘Honor Among Thieves’, and it’s an exploration of this proverb that comes to dominate the story as Guggenheim weaves skullduggery with misdirection, ambition, plot and counter-plot. It’s a heady mix as we very rapidly have no idea who’s telling the truth and who’s manipulating events. While all the Squadron members are featured, it’s Kyle Richmond, Nighthawk, who comes to predominate, and as the Batman analogue it might be assumed that matters will lead to a Batman vs Superman fight.

Guggenheim also throws in the Frightful Four, and some real odds and sods of Marvel past, including the characters of their 1980s New Universe line, and a few from their earlier Epic line of superhero titles. The constant manipulation evolves an air of uncertainty, but Guggenheim falls down a little when it comes to Warrior Woman. She has a very specific purpose in the bigger picture, but he never clarifies what her motives might be, and that’s an omission.

Perhaps the best testament to Carlos Pacheco’s art is that were his name not on the credits it wouldn’t be obvious who’d drawn this graphic novel. He’s experimenting with a darker and less obvious style, but  retains his storytelling instincts. Those are very strong also in Sal Buscema, who drew the Avengers tale introducing the Squadron Sinister. They appear in a still entertaining Roy Thomas plot involving Kang that ran to three episodes, but it’s not completed here. Those concerned about the outcome can read the full story in either volume four of Essential Avengers, or in Marvel Masterworks: The Avengers vol 8. For anyone else: the Avengers win. 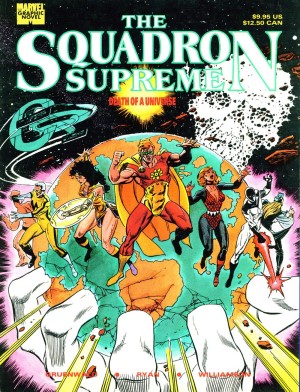