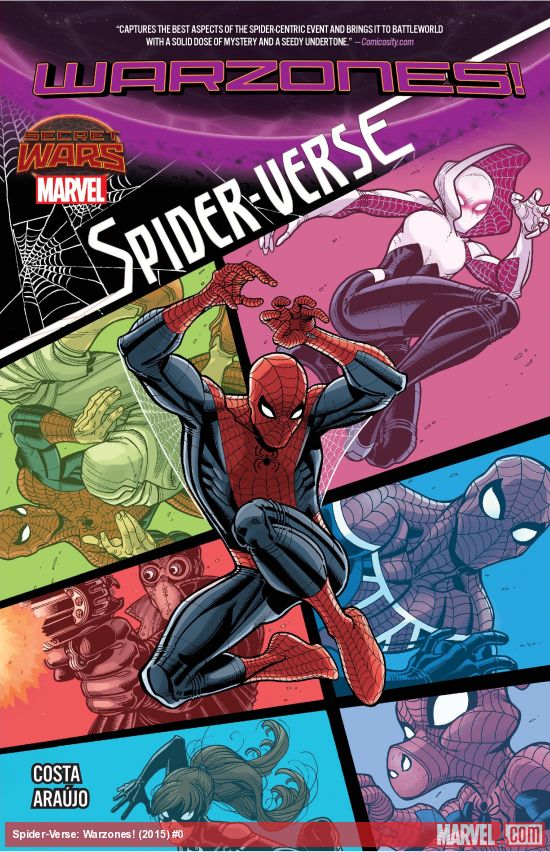 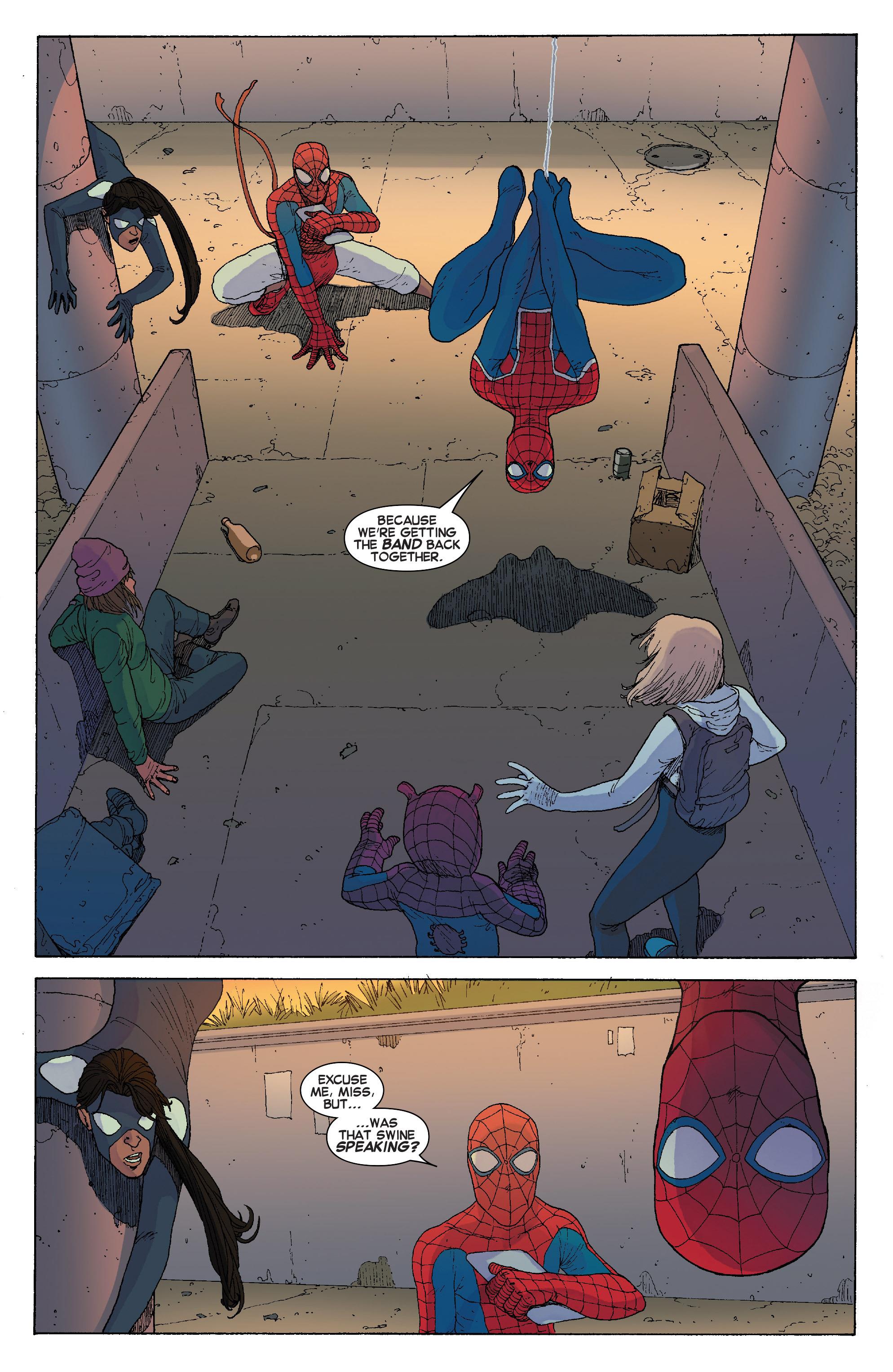 Over the years Marvel have introduced assorted alternate versions of Spider-Man. Some weren’t seen in the USA, some were the stars of a single story, and some appeared more often. A funny animal version named Peter Porker sustained his own series in the 1980s. A Dan Slott story in Spider-Man united many of these alternates, and Mike Costa sort of twists that. Each of these alternates is puzzled by the place and situation in which they find themselves, their memories fractured. Gwen Stacy, for instance, learns that she died, Mayor Norman Osborn was seemingly involved, and that Spider-Man wasn’t her, was male and disappeared years previously.

This is no world-changing story arc, but it’s  fun. The familiar Peter Parker as Soider-Man is absent, and while we may recognise his similacra we don’t really know them, and their methods and approaches provide an air of uncertainty to the proceedings. Costa also manages to pack in a surprising amount of Spider-Man’s foes, and plays well with Norman Osborn. In this world can he really be what he claims to be, a businessman with the best interests of humanity at heart?

André Araújo’s pages have an inconsistency. His layouts are good, never appearing cluttered despite multiple characters, and he’s not an artist shy of drawing full figures, which is welcome. He appears to take some of his style, for this project at least, from Steve Ditko, and that’s also welcome. His Spider-people have a physical awkwardness about them that Spider-Man’s original artist conveyed so well. Where Araújo occasionally lapses is when its noticed that his people are sometimes awkward when they’re not meant to be. A chapter ending shot of the Sinister Six, for instance, features some decidedly off-looking figures.

The primary viewpoint is that of Gwen Stacy, and there’s a novelty to her suspicion and competence. Costa keeps the plot bubbling by throwing in surprises, homages, and makes good use of what we think we know. As the cast keeps increasing some characters fade into the background, Spider-Man Noir for one, but the fun and the tension is sustained until the final pages.