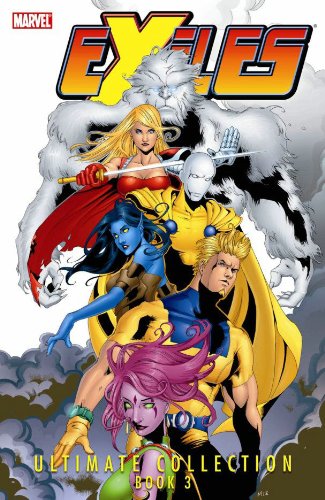 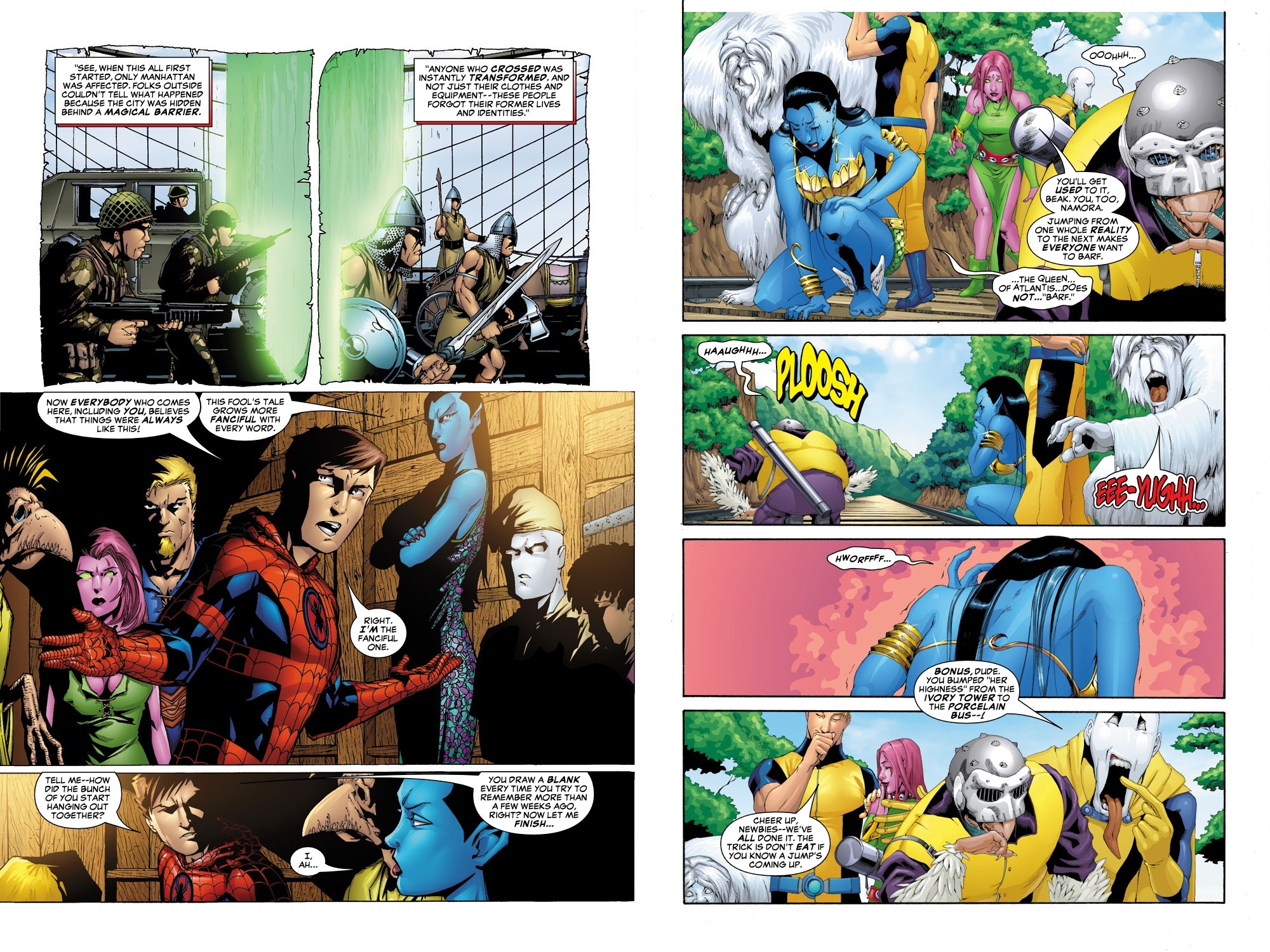 Ultimate Collection Book 3 is a volume of transition. Judd Winick’s last work on Exiles ended Book 2, which also featured writing from Chuck Austen, whose plots begin this volume, followed by primary artist Jim Calafiore supplying a two parter, before new writer Tony Bedard takes over. His work accounts for around half the book, continues in Book 4, and is by some distance the most imaginative content.

Austen has ideas, but twists the cast into inconsistency in order to fit them rather than letting them evolve from the characters we know. This isn’t as noticeable over his first story featuring a more savage team of alternate universe travellers, but when he eventually picks up on the tragic ending to Book 2 it’s with melodramatic excess. While Bedard provides consistently interesting plots, much of the enjoyment is dependent on your tolerance for Calafiore’s art. His strengths include space vistas, interesting craft and a nice use of silhouette, but they only account for small portions of what he needs to draw, and his humans and faces constantly catch the eye as distorted. Over two chapters inker Eric Cannon puts the effort in to correct this, but most of Calafiore’s pages are inked by Mark McKenna who’s faithful to the original pencil art. It’s all the more apparent when compared to Mizuki Sakakibara, whose work is so much better. There’s a sense of place and location, she’ll not try to tell as much of the story as possible in close-up, and her characters have some personality to them, although her version of the Thing isn’t great.

At the very minimum Bedard brings coherence. His cast behave as we might expect, and their interactions are what we might expect. However, he’s far better than that. Exiles has a tradition of switching team members in and out, and Bedard accelerates that process, imaginative in his choices. Beak, for instance, might not supply much in the way of raw power, but we’re assured his presence is an absolute necessity, and that proves to be the case, although not until Book 4. Bedard also mixes the crises in which the Exiles intervene, ranging from the cosmic (Ego and the Celestials) to the almost ridiculous (ensure they buy a particular pastry from a particular shop). An occasional duffer slips through, the Impossible Man story lacking focus, but for the most part Bedard surprises and pleases.

As with the previous collection, there’s a big surprise in the final story leading to Book 4 in which Bedard addresses the mechanics of the series. Alternatively, this content is still easily available via cheap used copies of the original paperbacks, A Blink in Time, Earn Your Wings and Bump in the Night.