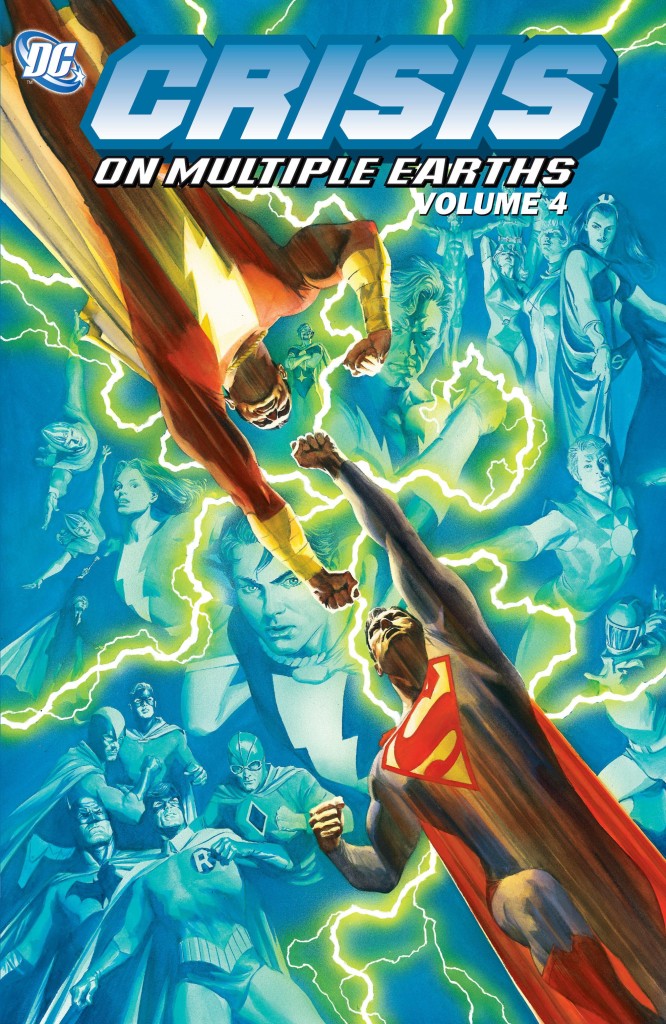 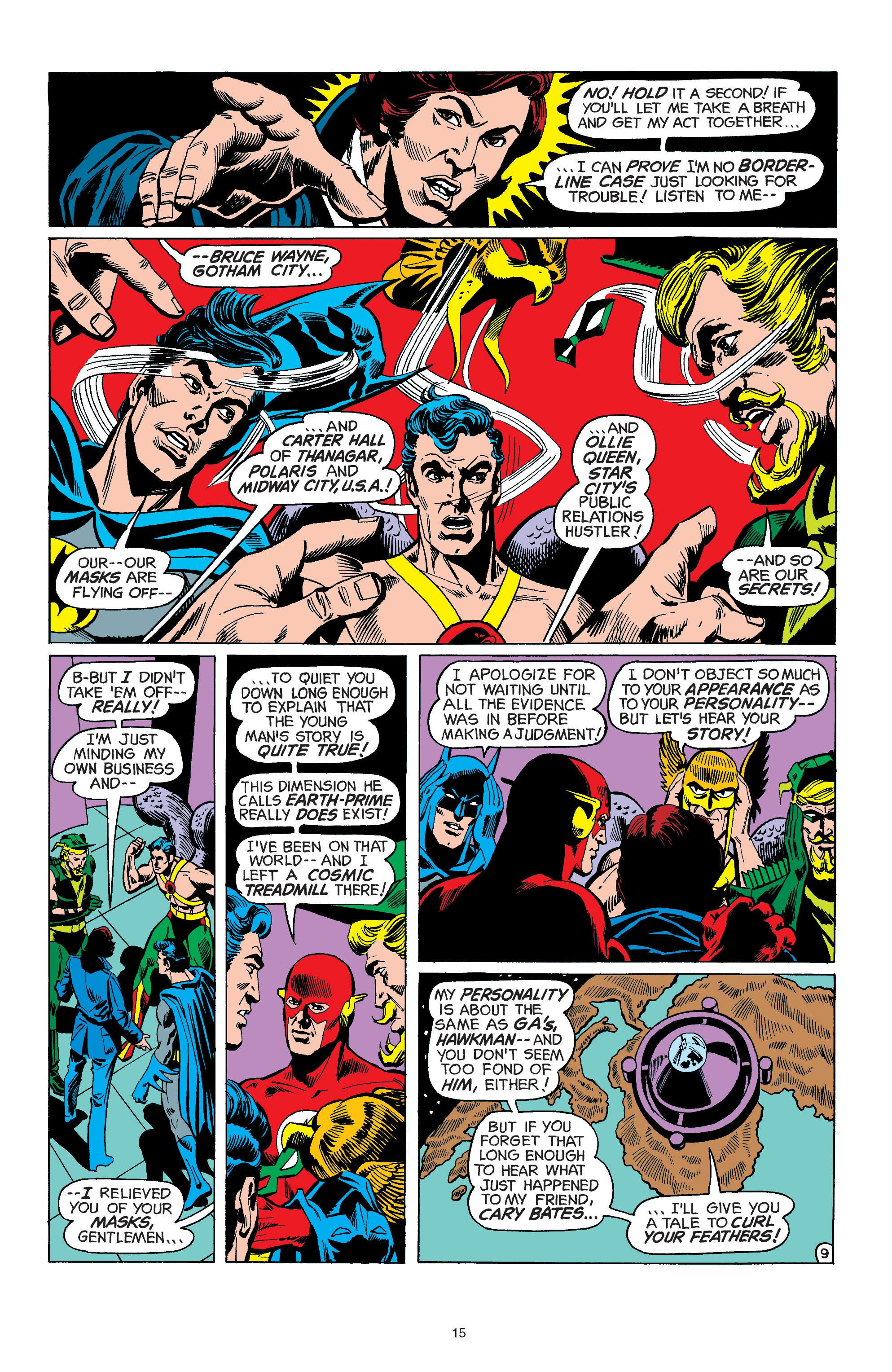 This collection of Justice League and Justice Society team-ups spanning 1975 to 1978 features a distinct variation of tone. Whereas the previous three volumes only required four writers to produce the entire content, this collection credits five over four stories. Artistic continuity is maintained by Dick Dillin providing all the pencil art, here inked by Frank McLaughlin throughout. It’s a less appealing combination than the previous inking, presenting a more angular look, but the wonder of Dillin’s art, as noted by Carl Gafford’s introduction, was his ability to tell a story clearly with an immense amount of characters, and only very rarely have it seem crowded.

The opening lines of dialogue for the first tale are the Wizard’s “The Injustice Society of the World welcomes your services young man, but will you be equal to your boasts”, followed by the reply from the gaudily costumed hipster we haven’t seen before: “Boasting is unbecoming the future master super-villain of three Earths”! Arch or what? Yet it’s typical of the era’s splash pages acting as a second enticement, just in case the cover hasn’t done its job.

It’s a self-referential tale in which writers Cary Bates and Elliot S! Maggin are seen in conference with editor Julius Schwartz on “our” Earth, unable to conceive a viable plot for that month’s Justice League comic. There’s a logic to Bates being transported to the Justice Society’s Earth and Maggin meeting the Justice League, but while Bates’ subsequent development of super powers might be original as Schwartz demands, it’s also slimline gimmickry. Nothing to see here, move along.

E. Nelson Bridwell’s plot for the next tale extends over three chapters, and unites the two super teams with the lesser known heroes of Captain Marvel’s world, as the Shazam shouting warriors have been removed from contention. The combined teams face small groups of united villains from all three Earths. Bridwell’s plot has its clever moments, but not among them is the constant commentary from the villain of the piece, one Kull, providing a solo Greek chorus. Martin Pasko’s dialogue captures the characters well enough, although this isn’t a Joker we’d recognise today. The problem is that three chapters are more to incorporate a vast cast than for any plot necessity. While there’s a novelty in rarely seen characters (and in 1976 not seen outside reprints in over twenty years), the individual segments aren’t as interesting as those provided by Len Wein for the previous volume’s three chapter epic. When the headliners of the Marvel family finally show up for the last few pages all interest has evaporated.

Pasko has a more direct hand in the following plot, produced with Paul Levitz, which is the best in the book, but the competition’s slim. By 1978 the JSA again had their own title (although not for much longer), and there’s a far greater pep to the dialogue. Members of the JLA and JSA are abducted to the 30th century by villainous sorcerer Mordru, who’s keen to acquire some mystical artefacts familiar to JLA readers. If it’s the 30th century, then an appearance from the Legion of Super-Heroes is in order, and the plot exploits the experience of the older heroes, guile succeeding where pleas failed. There’s a greater imagination at play, and a greater unpredictability, yet it’s likely anyone coming to this for the first time in the 21st century will find little to cherish.