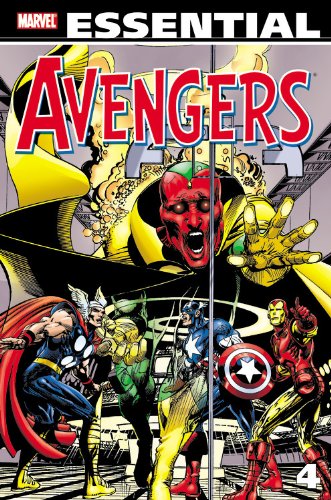 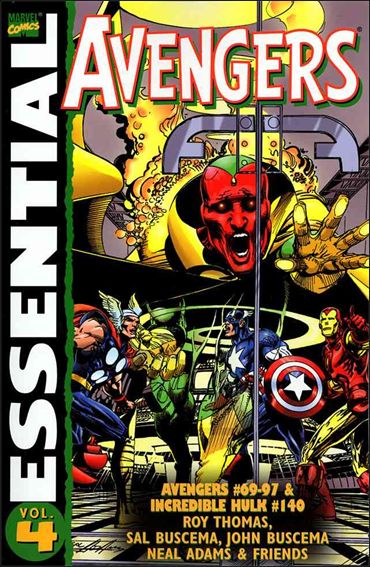 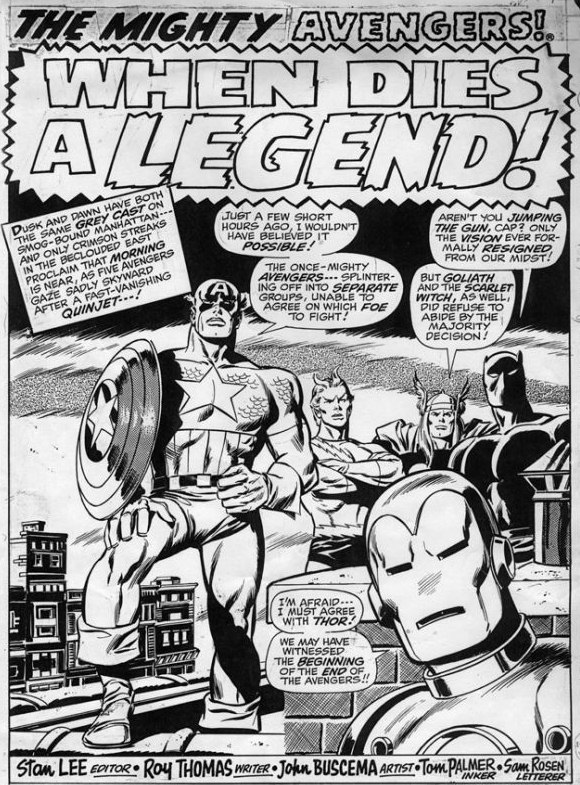 Roy Thomas’ final regular issue of the Avengers appeared in 1972, by which point he’d been writing the series for almost seven years, and this collection is a fantastically priced sampler of nearly all his best material. To this day his run ranks among the finest on The Avengers. You have to overlook the signs of the times, the now passé hip dialogue, some atrocious costumes, and poor attitudes to women, and give Thomas credit for what he did very well indeed. He produced consistently tight plots, interesting character moments and a sense of ambition that increases as the book progresses.

As seen in volume 3, not everything Thomas wrote was pure gold, but there are very few examples of the poor stuff here as he successfully applied ambitious plans for the scope of the team with his always strong stories. The issues reprinted introduce Valkyrie, the Squadron Supreme, the Invaders, Arkon, Zodiac, the distinctly odd concept of the Scarlet Witch and the android Vision falling in love, and the Marvel epic. Before the final story of the Kree-Skrull War (also available in a book of that title) very few Marvel stories extended to three issues. Thomas produces a three issue prologue to the Kree-Skrull War’s further six chapters. Like most longer epics since, it’s not perfect, but the ambition of involving the Avengers in a lengthy galactic conflict was immense in 1971, the downbeat finale pretty well unheard of (although rapidly rectified in volume 5), and much of the art from Neal Adams stunning. The meat of the plot about the Avengers being hounded by a demagogue retains a contemporary symbolism, and if it meanders slightly due to Thomas and Adams shoehorning in plots from their cancelled Inhumans series, at least that resulted in some iconic art.

Not that this collection lacks for fine art. Adams specialised in graphic realism, while John Buscema’s influences were classical paintings and illustration, but the composition of his pages is equally memorable. Sal Buscema doesn’t have his brother’s eye for energetic page layouts, but even this early in his long career his storytelling is exemplary. Between them those three artists pencil all but three of the reprinted issues. The others are by Frank Giacoia, who manages one stunning page per issue amid otherwise very ordinary layouts and technically good figurework, and Herb Trimpe, whose always slightly murky style concludes one of the weaker stories in the collection. This is Thomas taking a plot from Harlan Ellison involving the Hulk, for which the Avengerless conclusion with the Hulk in a microscopic world is the better portion.

Misfires? How about Marvel’s female heroes united as the Lady Liberators. “I flew in from Alaska to visit an ailing Aunt and wound up barging in on a powderpuff protest meeting!” exclaims the Wasp. Thomas’ heart isn’t in detailing the legitimate suppression of women, which at the time was just a peg onto which he hung a story. Balanced against this, though, are tales dealing with Native American rights and race hate groups that make their points effectively and still provide the twists and surprises of the superhero story. They might not have been as highly regarded as DC’s 1970s efforts at ‘realism’, but stand the test of time better by virtue of not haranguing the audience.

Anyone who’d prefer to head straight for the expensive hardcover versions can find the same material in colour spread across volumes 8, 9, and 10 of the Marvel Masterworks reprints. 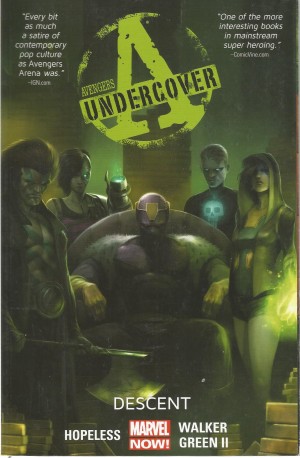