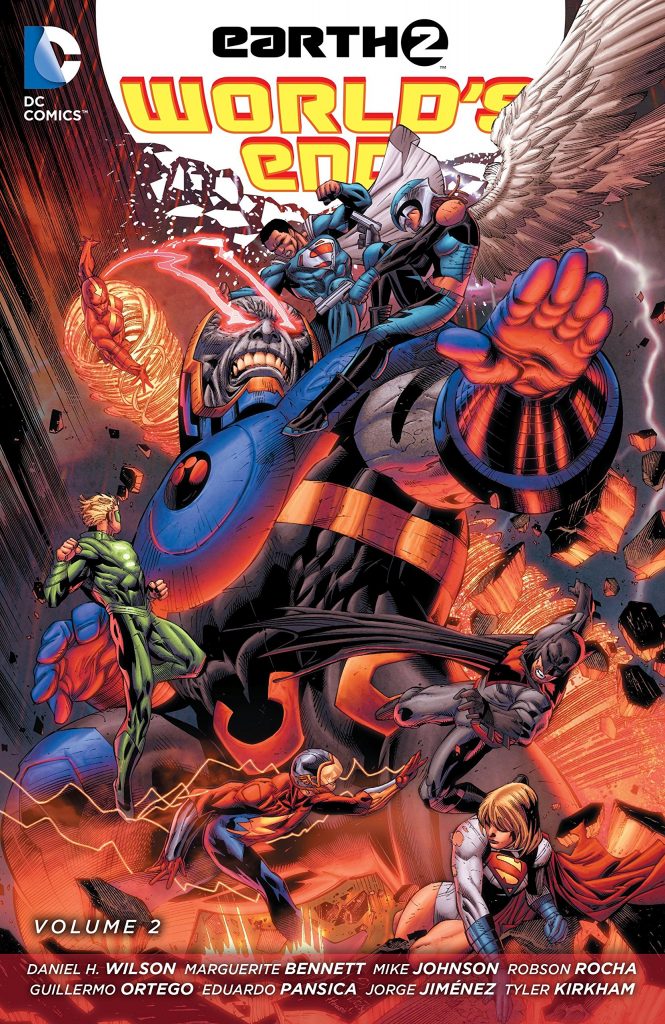 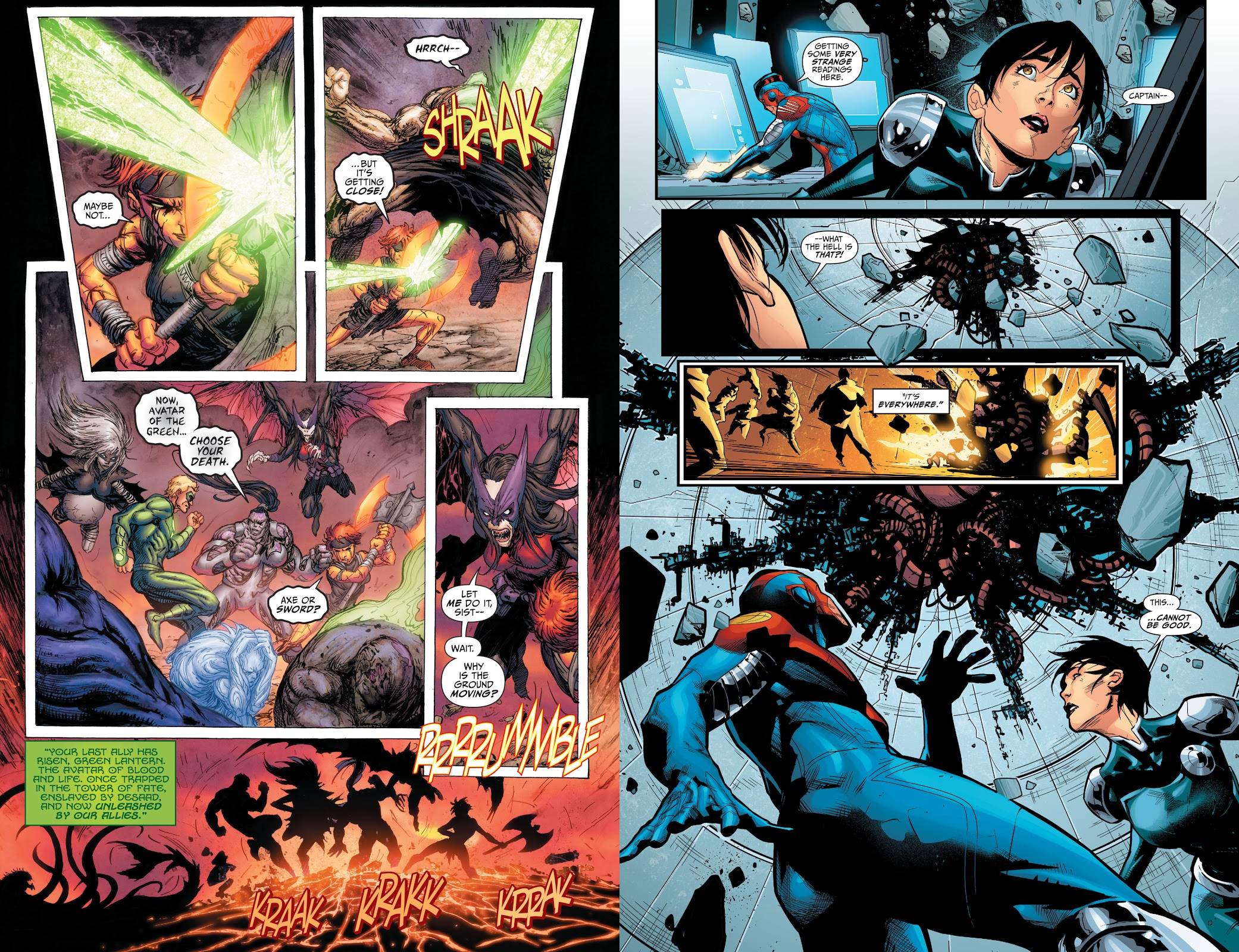 On the plus side, the heroes of Earth 2 have located someone who might make a real difference to their war with Apokalips, but the minus side is what they don’t know: that with a coup their opportunity for victory has drastically slimmed. That about sums up the end to Volume 1, and this longer conclusion follows much the same pattern. Daniel H. Wilson supplies the plot that he, Marguerite Bennett and Mike Johnson script, with Cullen Bunn added around halfway, while Scott McDaniel provides the layouts that a troop of pencillers flesh out.

As before, Wilson’s plot moves along at a clip, switching between various heroes desperately involved in their own corner of the collective attempt to stop Apokalips, while also taking a look at what’s going on there. Wilson plots a battle on several fronts on Earth, plus assorted desperate missions on Apokalips, one following another, the switches occurring professionally at moments of great tension. Also as before, while the necessary plot beats are hit, and every chapter ends with a cliffhanger, something really audacious and imaginative to take the breath away is rare. A novel use of the Atom’s power is fantastic, the way in which a villain expands their influence surprises, and there’s a horrific Dick Grayson moment towards the end. Those, however are exceptions, and the most interesting personalities are those like Jimmy Olsen and Terry Sloan, inherited from earlier Earth 2 writers.

Much the same applies to the art. The samples are the work of Tyler Kirkham and Jorge Jiménez, whose work is most easily distinguished, Kirkham’s most obviously designed to merge well with the colouring of Andrew Dalhouse. None of the art is sloppy, but neither is there much to that sticks in the mind, although toward the end Eddy Barrows’ pages become a lot more individual with a pared down look on Batman scenes. Fans of Pascale Alixe, Scott Cohn and Juan José Ryp should know they only contribute to the extended final chapter.

While the situations are suitably desperate, World’s End includes so many of them that their value is diminished, and the thrills become fewer. When the end comes the only deviation from expectation is that it’s not Superman who takes on Darkseid. Readers may also feel cheated that having spent up to the $25 list price and worked through over 300 pages, not everything is resolved. For that you have to follow the survivors into Convergence, another long crossover. Or just forget about that and head straight for Earth 2: Society. 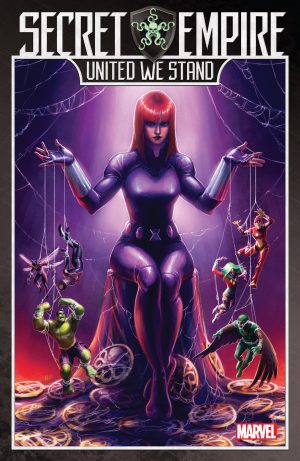