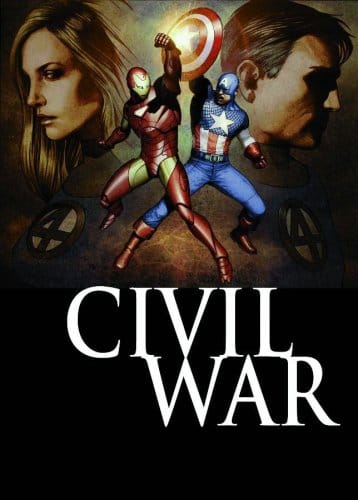 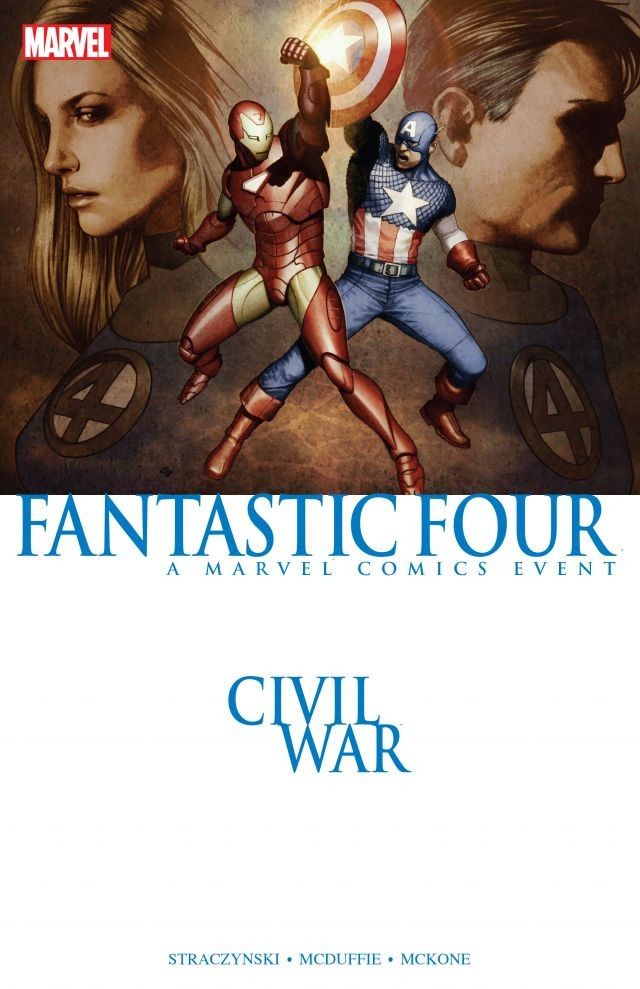 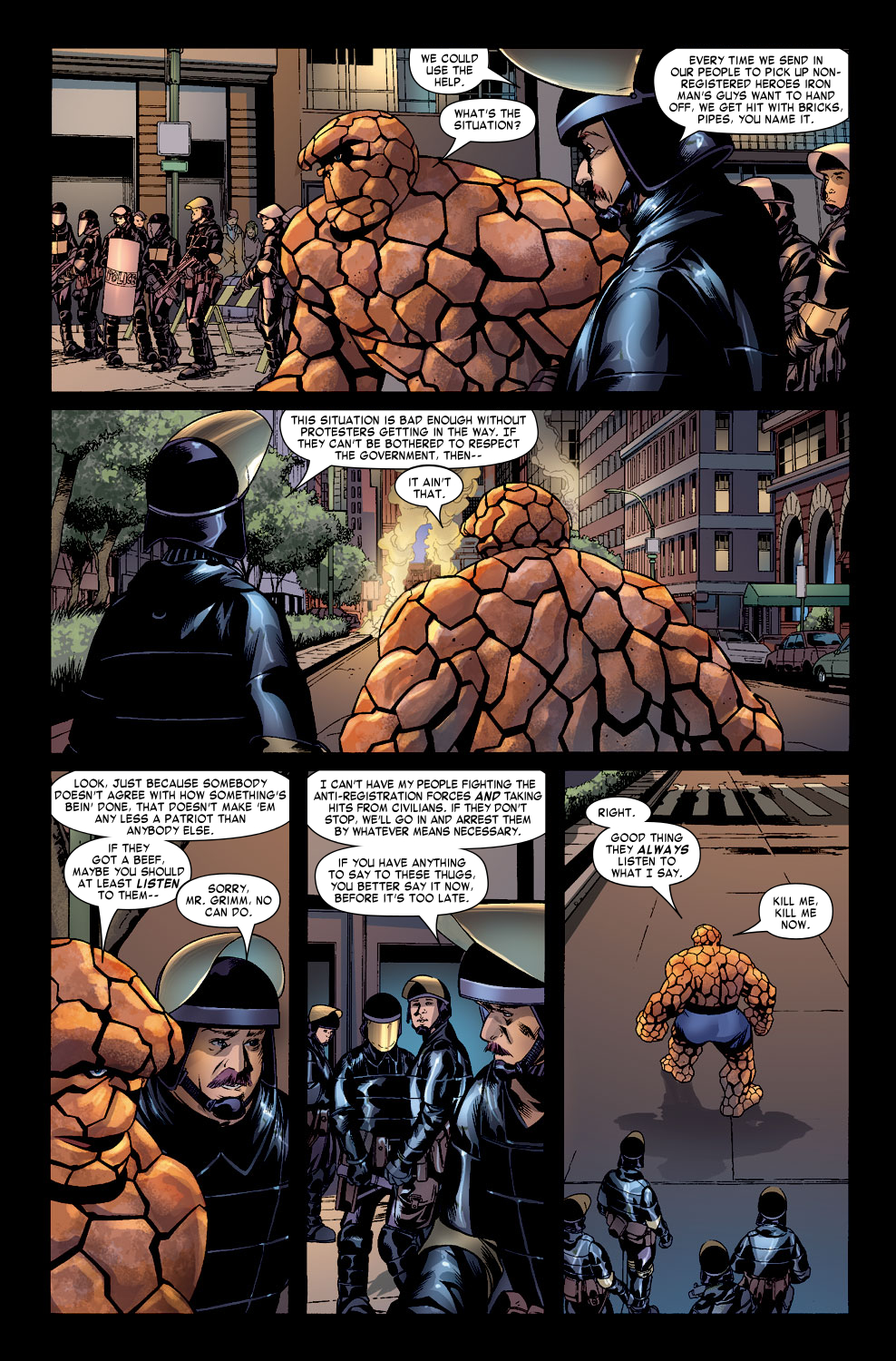 Nine issues after he began writing Fantastic Four, J. Michael Straczynski was faced with the spectre of Civil War, the 2007 Marvel crossover that pitted superhero against superhero. At issue was the principle of whether or not superheroes should register with the government, supplying their identities and details in the process. This had never been a concern for the FF, who’d always operated as public figures, which in part had resulted in the problems experienced by Reed and Sue Richards in The Life Fantastic. Unfortunately for Straczynski, the selection of which heroes supported the government was not his to make, so we have the anomaly of Reed Richards, recently the victim of two instances of intrusive governmental experiences, having to espouse their cause. It doesn’t convince. And anyone following directly here from The Life Fantastic might be puzzled as to why the Human Torch is now comatose in hospital. Perhaps it happened in the two issues by Straczynski and Mike McKone that don’t appear in either collection (but are in The Road to Civil War). And what’s the significance of Oklahoma? Anyone who knows their Marvel cast will figure it out, but this coda to those missing issues isn’t explained here. Despite all that, Civil War is the best of Straczynski’s run on Fantastic Four.

The central theme gives him a chance to explore ethical ramifications, and what his ruminations deliver is very good. Some characters have made up their mind where they stand, but the Thing hasn’t, and there’s an expectation that he’ll act on the side of the authorities, yet he’s possibly the only superhero during the entire event that spends some time talking to ordinary people. Once the Thing selects a path the focus switches to Reed and Sue Richards with a fantastic argument in which Straczynski’s skills at character based drama are underlined. There’s a lot of clever wordplay as the internal battle of intellect versus instinct is extraordinarily well portrayed. Of course, a lot of that is down to McKone, who ensures via subtle poses that the content doesn’t slip into melodrama.

After the heavy drama there’s a comedy chapter with the Thing in Paris. It’s funny in places, but overplays the jokes, so probably didn’t go down well in France, and that’s it for Straczynski on the Fantastic Four. Dwayne McDuffie continues the jokes about France, and briefly reintroduces Franklin and Valeria Richards, in whom Straczynski had no interest, but the best of his introductory chapter re-evaluates what Reed has been doing. It doesn’t appear to be the plot Straczynski intended, but it’s equally valid, while permitting redemption. The underpinning, however, of not being able to tell anyone, is weak. It’s left to McDuffie to conclude the Civil War segment, and his dialogue is a little more florid than Straczynski’s, and not quite as natural. This is amid a sentimental recap discussing the Fantastic Four’s career and enemies ending with a final page leading into The New Fantastic Four.

However, that’s not everything. A comedy in which Stan Lee casts himself as day-saving hero is nicely drawn by Nick Dragotta, but otherwise indulgent and not as funny as intended, and following it with a story in which Wyatt Wingfoot accuses the Human Torch of being a ham is surely ironic. That’s by Paul Pope, and is a charming Human Torch/Spider-Man face-off set back in the day.

This is an uneven collection overall, but the work by Straczynski and McKone is good, and still worth reading.