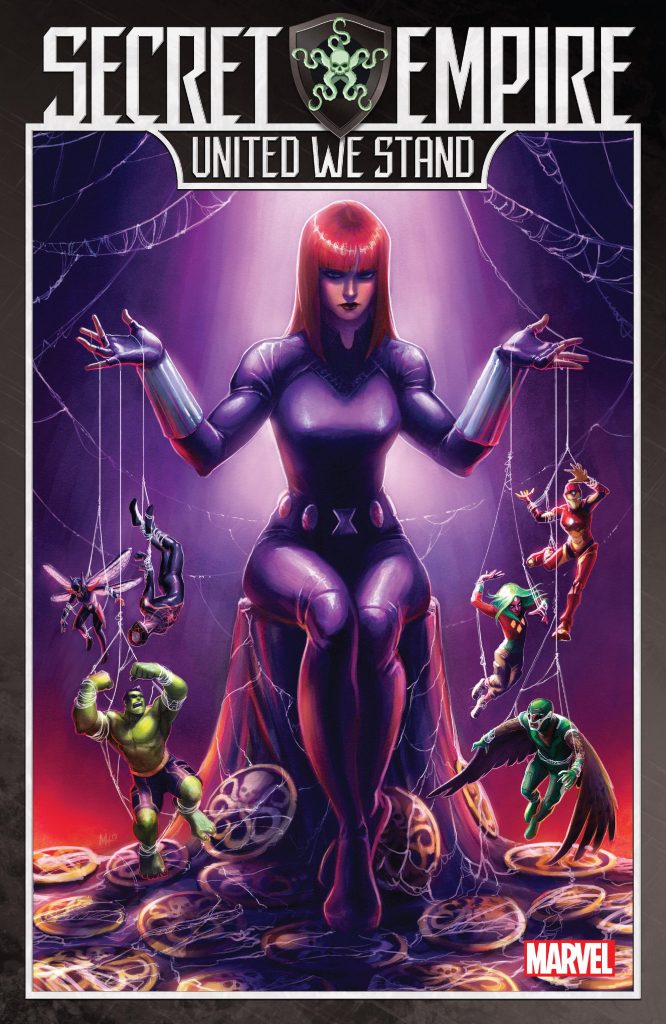 The anthologies Marvel release around their core events are always strange creations, a mixture of tryouts for relatively new creators not yet established on a regular series at Marvel, and random chapters of ongoing titles. United We Stand is to the template.

In Secret Empire terrorist organisation Hydra rules the USA, their Supreme Commander being Steve Rogers, Captain America. If that sounds strange, perhaps you’d be better checking out the core series first. Mind you, that’s not going to make the opening tale of young superheroes trying out for the Hydra Youth Choir any more palatable. Played for laughs it might have just about worked, but as it is, it’s a poor episode of Jem and the Holograms that drags on and on and on, which is down to writer Derek Landy, not artist Joshua Cassara.

A team of Avengers on a mission to retrieve a chunk of the Cosmic Cube from the Savage Land is a better, Jeremy Whitley striking the right tone and Eric Koda not overselling the jokes.

Jim Zub does have a track record, and his opening contribution exploits tension between the Hydra controlled USA and the smaller section that is the independent mutant state of Tian. He seeds the surprises well, but ultimately drops a conflict unable to be concluded here. His two-part Avengers story concerns a team trapped in New York closed off from the remainder of the country and in almost total darkness. It’s an arena allowing other-dimensional monsters to manifest, yet despite having a mystic on board, the bright superheroics of the Avengers and the dark worlds of magic have always been an uneasy mix, and Zub doesn’t do much to dispel that, and his use of the super villains is the best part. Kim Jacinto’s art consists of continually awkward viewpoints that don’t work well with a poor sense of anatomy.

By some distance the best contribution is the Guardians of the Galaxy story by Chad Bowers and Chris Sims, which single-handedly drags the average quality up to, well, average, Daniel S. Beyruth also providing the best art. He puts work into the details while having a dynamic sense of how to present a page of superhero action, and an occasional poor figure slips by. Jacinto should take a look at these layouts and learn. Bowers and Sims capture the light tone of the Guardians films as the team attempt to find alien help to burst through the planetary defence shield enclosing Earth.

Secret Empire isn’t considered a classic event series, and that reputation further diminishes connecting material, but little outside sabotage is needed for much of this ordinary content. The Guardians story is a lot of fun, but will surely be part of a Guardians of the Galaxy collection otherwise better than this. 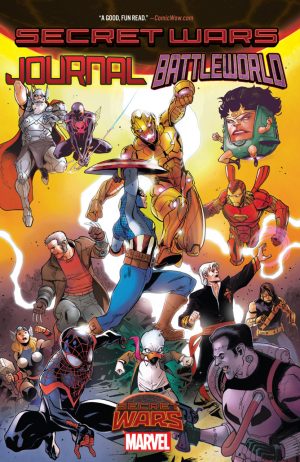