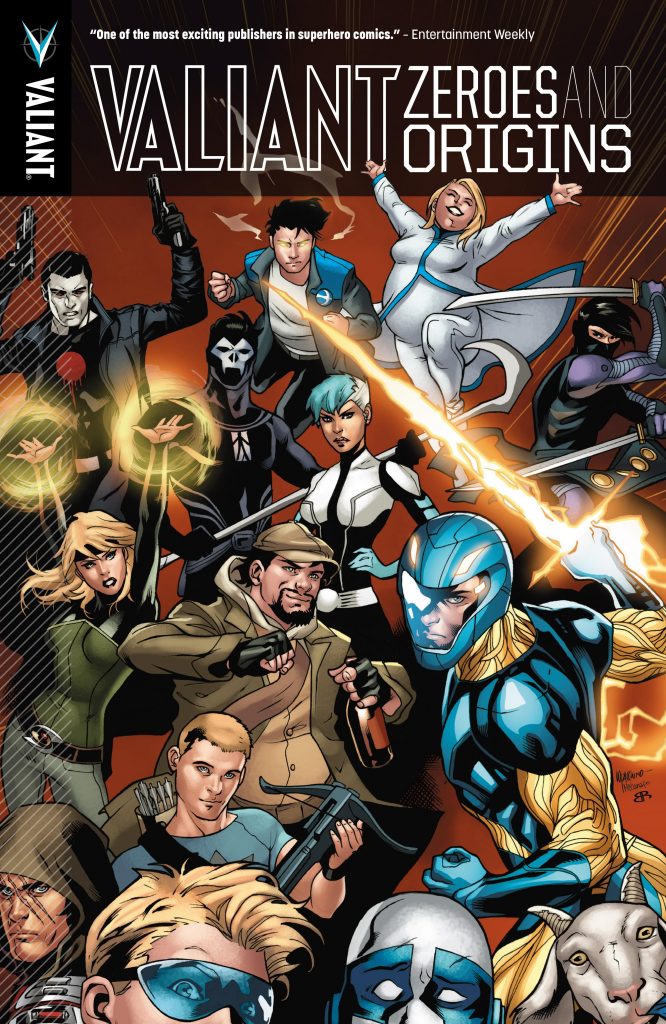 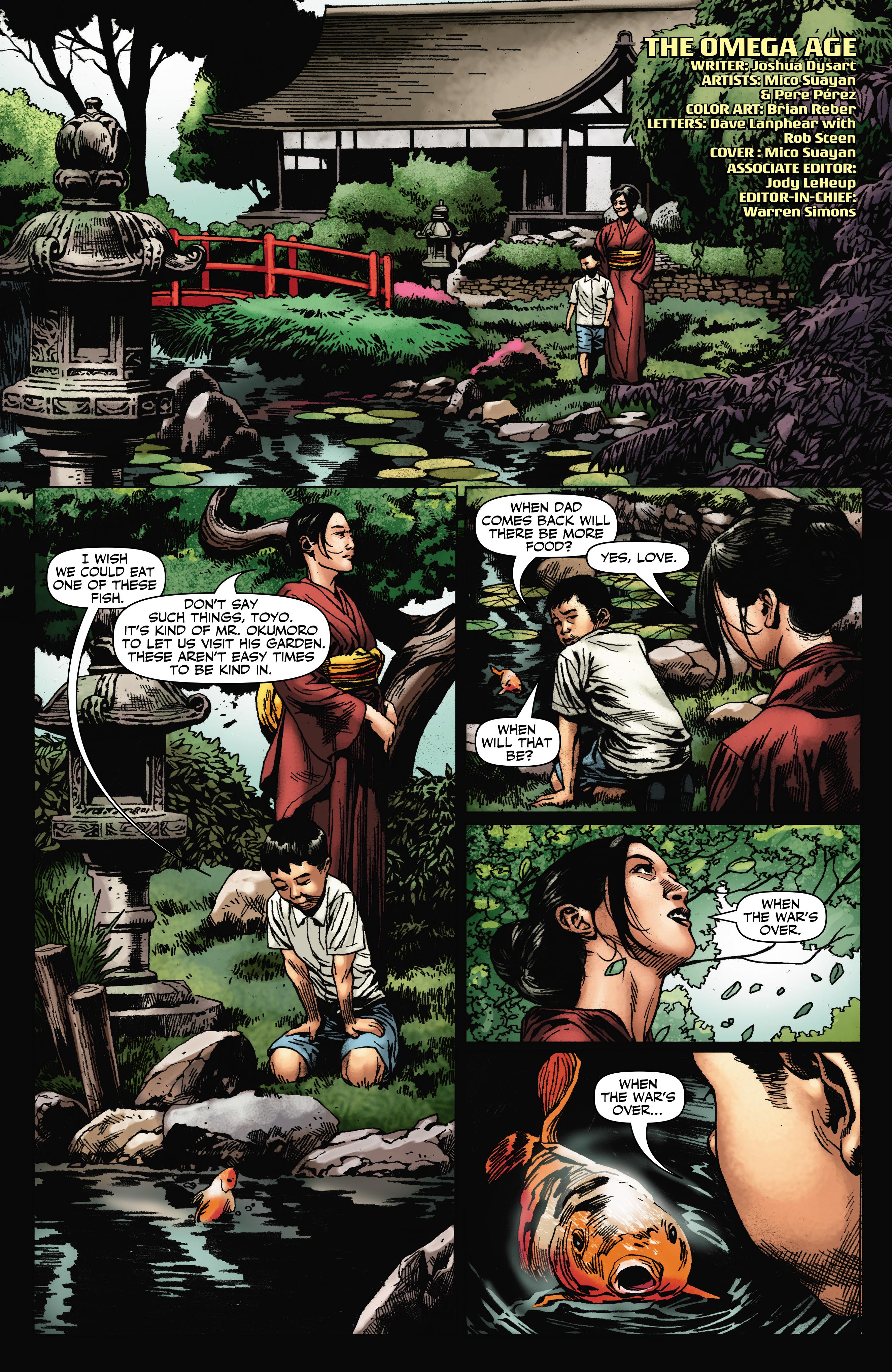 Zeroes and Origins is the ideal primer for anyone who’s been intrigued by Valiant’s line of titles without ever sampling. It includes nine full chapters and a few brief précis stories giving the origins or early adventures of their core characters and titles, and so providing the full background for anyone wanting to investigate further. It should be pointed out, though, that when investigating further this same material will be found in individual collections.

Harbinger, written by Joshua Dysart, is in effect Valiant’s X-Men, gifted teenagers brought together under Toyo Harada for guidance and training, while Unity (Matt Kindt) is Avengers or Justice League, combining heroes, with one member, X-O Manowar (Robert Venditti) also featured. Although an armoured hero, he’s as far removed from Iron Man as you can get. Archer and Armstrong (Fred Van Lente) and Quantum and Woody (James Asmus) are both comedy superheroics uniting a responsible civic minded character with a loose cannon. Bloodshot (Matt Kindt) is a cybernetic warrior and Shadowman (Justin Jordan) is their horror title, concerning one man standing between Earth and other-dimensional invasion, to which Punk Mambo (Peter Milligan) is also connected.

The mood set is very different, and the pagination is well considered, moving from the horrors of Hiroshima during Toyo Harada’s youth to the magical terror that created Shadowman’s primary adversary, before a tongue in cheek modification of the Gilgamesh epic. This features Armstrong and his equally immortal brothers. While everything is readable, it’s Kindt’s work that really stands out on both the Bloodshot and Unity stories. There’s the linked theme of the narrative being in the first case notebook entries, and the second a letter, both featuring payoffs at the end, and that neither deals entirely with the title characters in question. Kindt supplies a history of what led to the current Bloodshot, and an early 20th century version of the Unity team with only the Eternal Warrior in common with the later heroes. It’s poignant and elegant. Punk Mambo is neither, but still memorable with Milligan’s take no prisoners character construction propelling an impressively spiteful tale.

Valiant maintain a decent artistic standard across their entire line, with some allowance for anyone’s preference for individual artists, so while the artists change with every story arc, there’s rarely any great dip in quality. When a company can call on the likes of ChrisCross, Clay Mann, Cary Nord and Pere Pérez there aren’t going to be many disappointments. The sample art is by Mico Suayan, who supplies particularly impressive pages to the Harbinger and Shadowman stories, having a delicacy to his line and consistently interesting layouts.

The package is rounded off with encylopedia style entries providing further background on the characters and the Valiant universe in general. Everything here is good and everything’s readable. Sample with confidence.