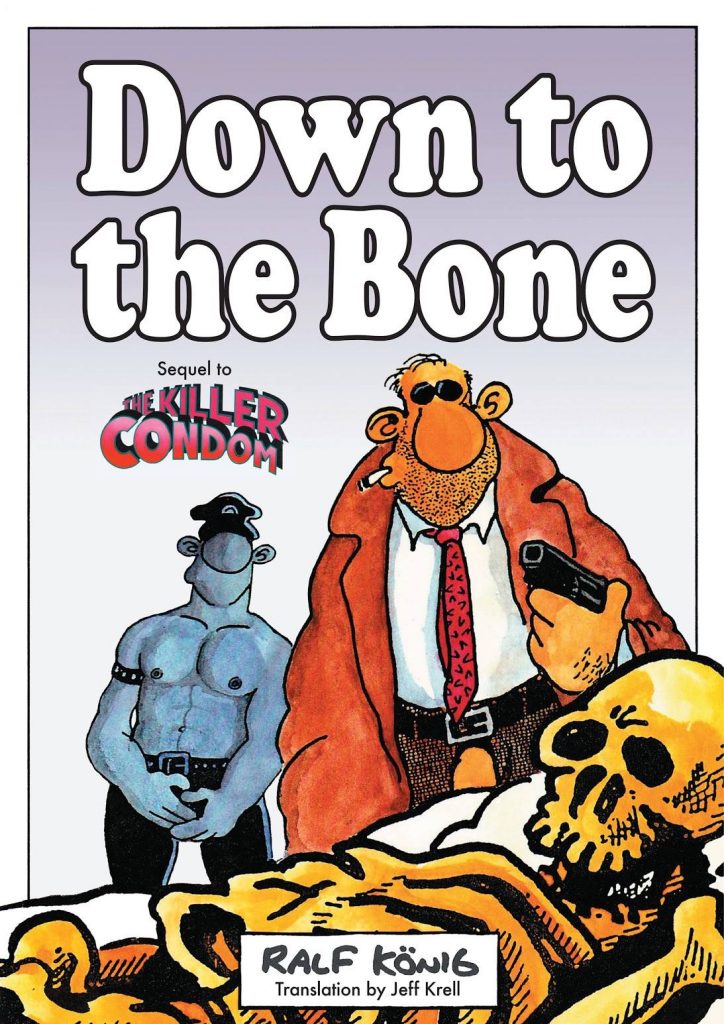 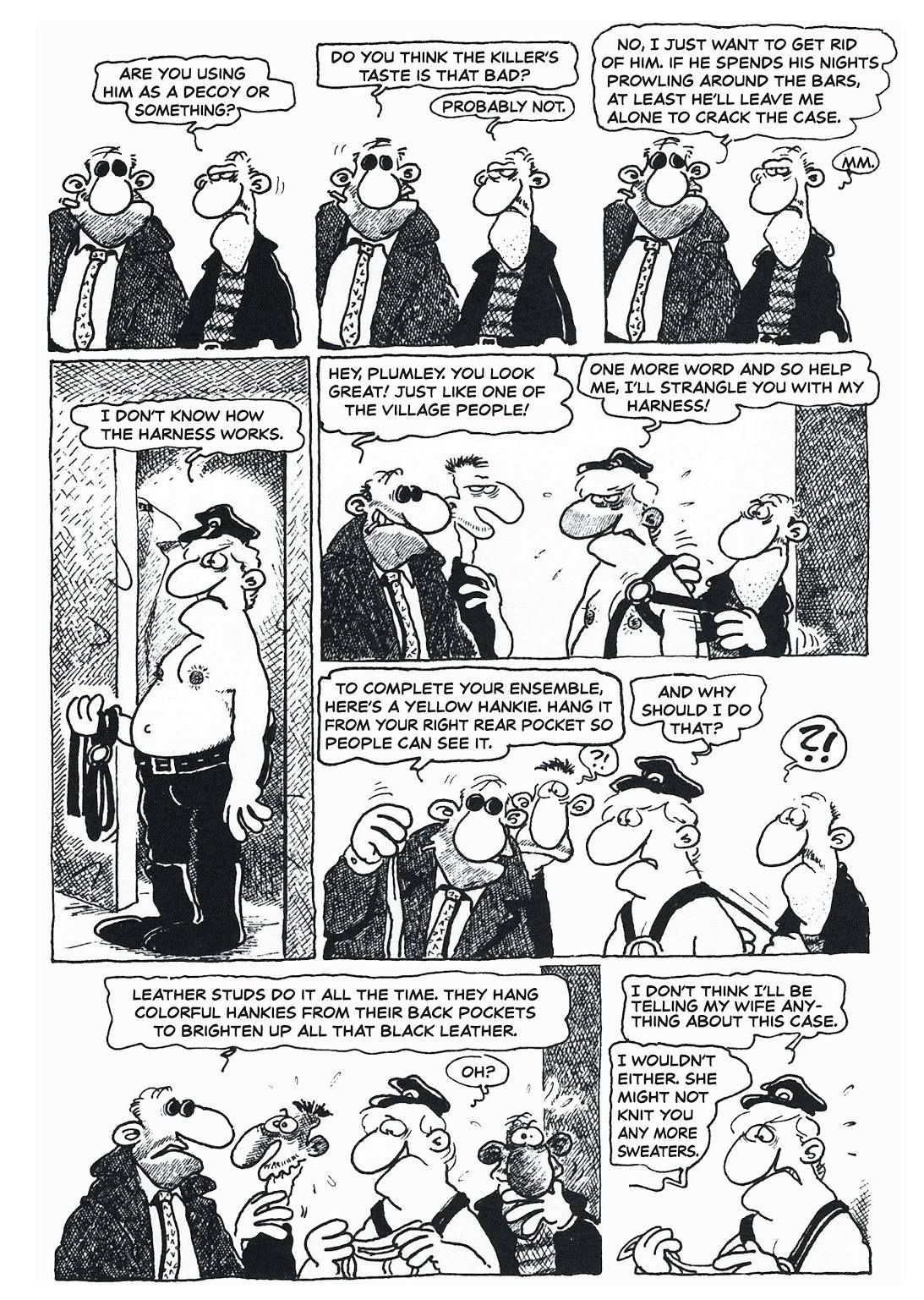 Ralf König is Germany’s most popular comic creator, having a large crossover audience despite primarily producing graphic novels with gay characters. Despite a long career, his most popular work remains one of his earliest, The Killer Condom, released in 1988, with a film version appearing in 1996. Credit to him, then, for not caving into revisit past glories until 2006 when he returned New York police detective Luigi Macaroni.

It’s three years since the events of the previous book, a considerable number of corpses are again turning up in New York, and while the connection is that they’re gay men, this time the police are taking it more seriously for two reasons. One is that some of them are rich, and the other is that instead of just being dismembered, they’re reduced to just skeletons, hence the story title.

König labels the story a film, as he did with The Killer Condom, and turning the first few pages resembles the opening credits of a movie, complete with largely black cityscapes, with further grainy pictures of New York incorporated into the panels. It sets the tone for what’s an even better comedy than the first time round, the now more experienced König having the plot run far more smoothly, while retaining Macaroni’s acerbic, confrontational and offensive personality. König treats the story as a police procedural mystery, with much fun had from Macaroni being unwillingly partnered with uptight family man Plumley and parading him around assorted gay haunts during the investigation. As before, there’s a totally unashamed celebration of sex.

Over the years König has refined his cartooning, and while still quite capable of drawing grotesques, Down to the Bone doesn’t have the same sleaziness as The Killer Condom. A lot more shading also features, most effectively on Macaroni’s perpetual chin stubble.

When the plot of a farcical story would hold together even with the ridiculous elements removed, it’s tight, and König’s sequel again has that strength. The revelations are both funny and credible, and there’s eventually even a genuinely touching scene or two. It’s a rare sequel that tops the original, especially when the original is highly acclaimed, but this is one of those occasions.