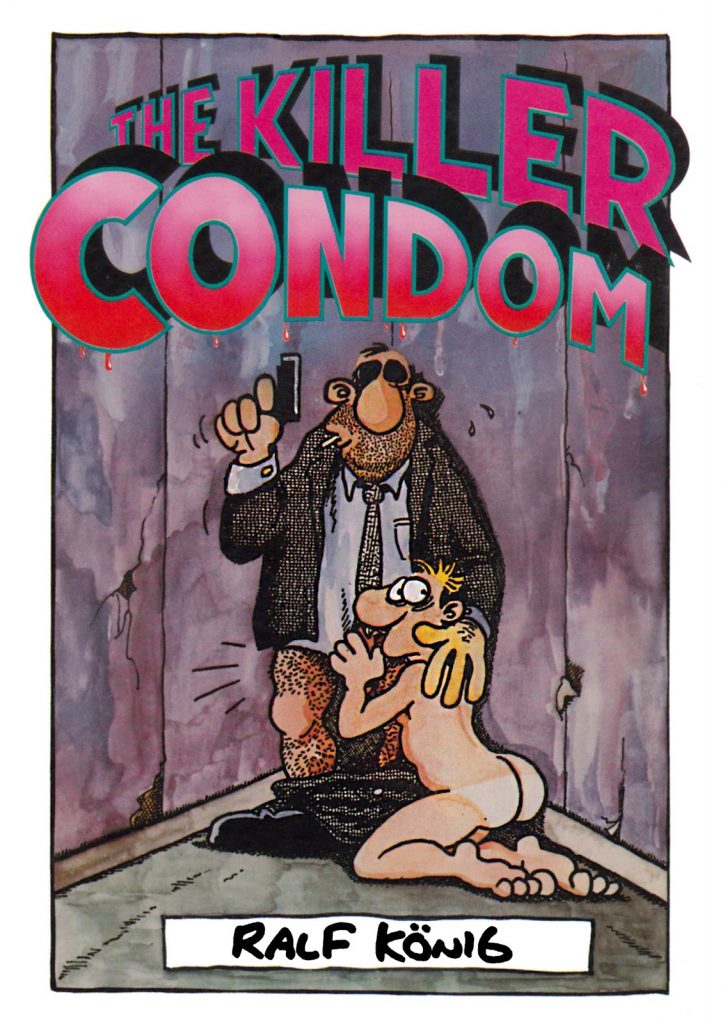 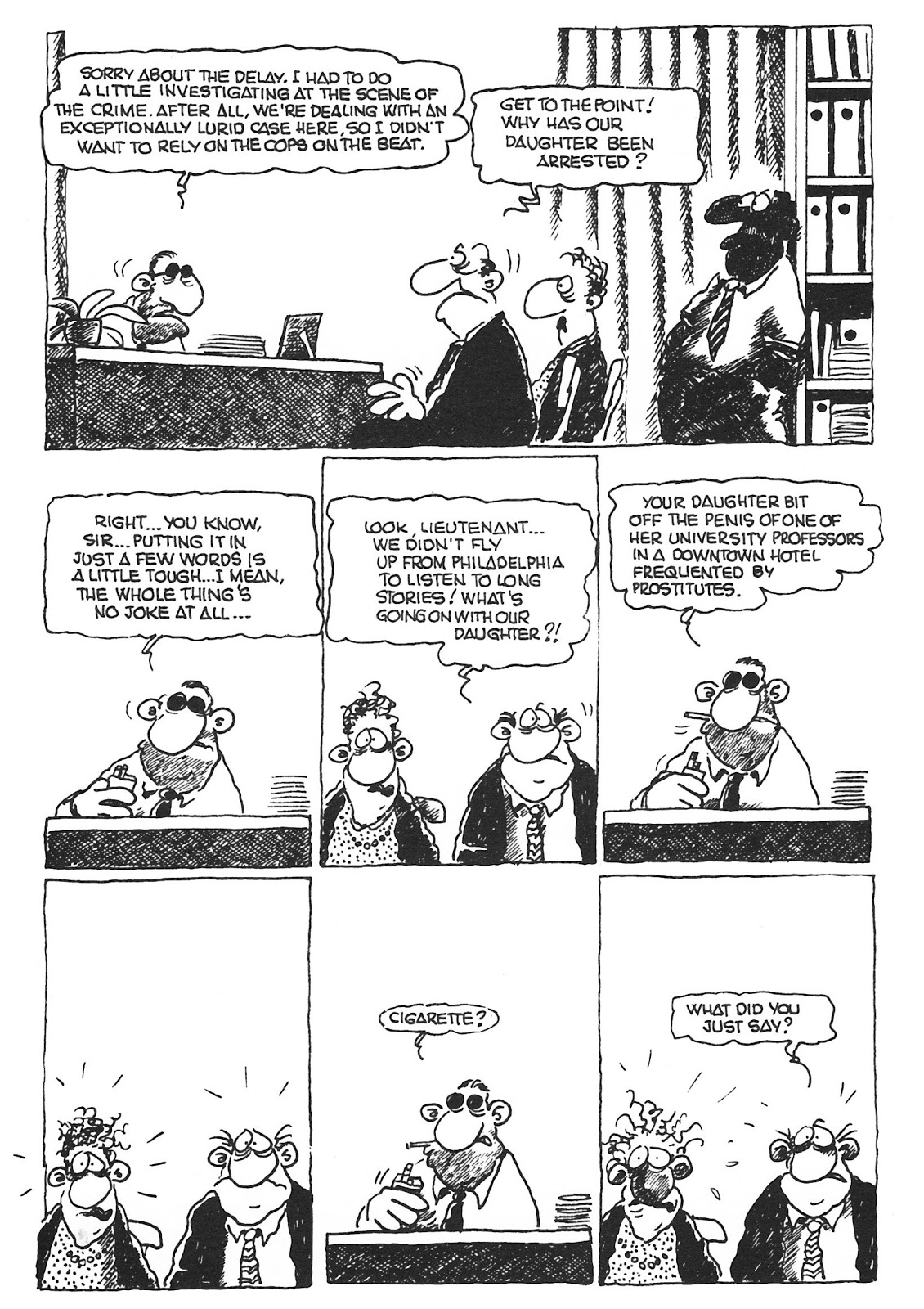 Luigi Macaroni is a gay police lieutenant in New York, and as tough as they come. His latest case involves people whose penises have been detached and are missing. A personal experience leads him to credit the existence of a killer condom, which will suddenly develop a massive mouth with teeth to bite a chunk off whatever’s in the vicinity. While Macaroni’s in hospital recovering others are less lucky, and all cases are connected with a seamy hotel hiring out rooms by the hour.

There are very few cartoonists in the world who draw the grimy lives of the downtrodden like Ralf König. His sleazy locations and people with little hope in their lives almost flop off the page, and he delivers sordid, squishy sex like no-one else. This is hilarious and imaginative cartooning, especially when it comes to the multiple sex scenes, but leaving very few pages suitable for presentation on an all-ages website.

The reason for all the sex scenes is that having made the connection to the hotel, Macaroni sets up video feeds in the rooms to pre-empt anyone else losing their wedding tackle. While it’s relatively timeless farce, König originally produced the story at the height of the late 1980s AIDS casualties, when it was finally understood what was causing the condition, with a condom a safe way of avoiding it. Publicising a killer condom, therefore, will only result in less use and more deaths.

Despite König’s lumpy style, it’s a proactive comedy celebrating the joy of sex and although funny, the plot stands up as a viable horror story if the absurdities are removed. That meant it transferred relatively smoothly to animation after almost twenty years regarded as a comedy classic in German. A decade after the movie was made König produced an even better sequel catching up with Macaroni, Down to the Bone. 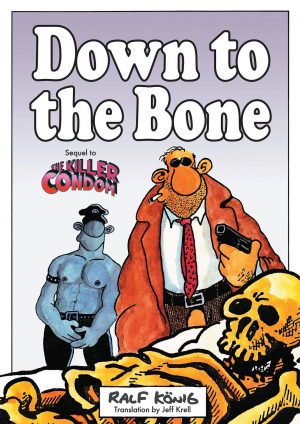 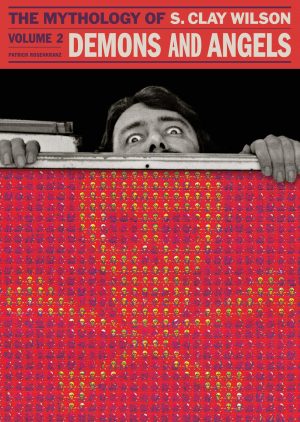