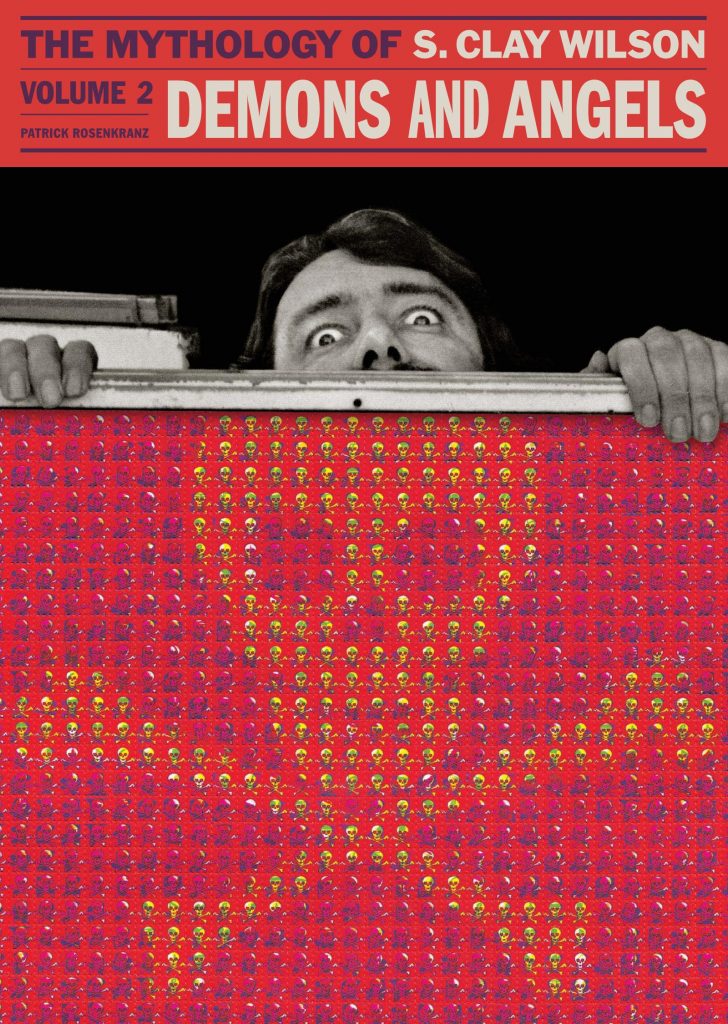 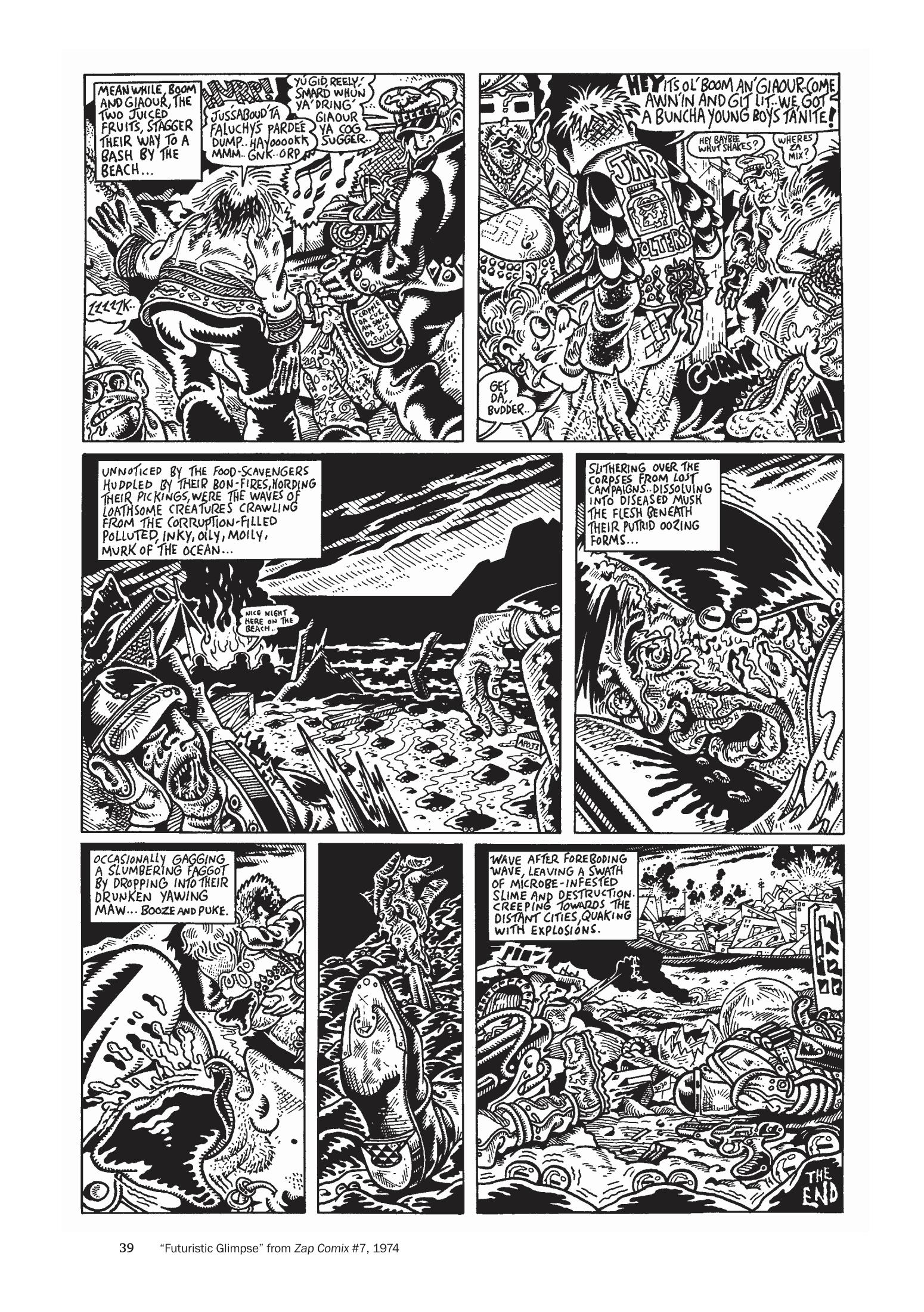 As was the case for the first collection of S. Clay Wilson’s work, this book is filled with dark, violent sexual imagery and outrageous situations intended to make adults laugh and think.

Buyers surely already know what they’re getting: outrageous, iconic characters in constant surging motion – mostly combative, lewdly licentious and hilariously violent. By the 1960s Americans already worshipped violence, so Wilson simply pushed the optics for that sacrament as far as he could, straight into surreal parody. His work seethed and abounded with excess: monsters, mutilations, booze and drug-fuelled romps populated with priapic plunderers and ravening beasts, dangerous and disturbed women and always, always unsettling scenes of society’s biggest taboos – sex and personal freedom.

This second intimate, informative oversized (286 x 202 mm) hardback biography/graphic overview is compiled from previous writings and extensive interviews with the people Wilson grew up with and who shared his eventful life. Moreover each telling anecdote and reminiscence is augmented with photos, paintings, illustrated letters and private or previously unpublished artworks, with each chapter offering a wealth of strips, comprising most of his output from the decline of the counterculture in the mid 1970s to the graphic renaissance of the 1980s.

Before our hagiography of horrors resumes, fellow cartoonist, bosom buddy and contemporary fun-seeker Joe Schenkman paints a torrid word-picture in his introduction, after which ‘From Underground to Alternative’ describes the slow painful end of Underground Comix. It further details the subsequent downturn in the massive sales its iconoclastic cartoonists enjoyed during the 1960s, whilst relating how the true survivors moved into other areas of expression and more legitimate publishing arenas.

The cultural pendulum swing actually benefited the most dedicated and talented artistic visionaries like R. Crumb, Gilbert Shelton, Spain Rodriguez and Wilson, and this section looks at our wayward rebel’s easy shuffle into commissioned art, gallery-shows, covers and commercial illustration as well as his return to comic notoriety in the 1980s after being sought out by Steve Bissette and John Totleben for their horror anthology Taboo.

The next essay, ‘Zap Forever’, concentrates on the legendary artistic collaborations of Wilson, Spain, Robert Crumb, Gilbert Shelton, Victor Moscoso, Robert Williams and Rick Griffin for Zap Comix. They periodically and competitively reunited through the 1970s and 1980s to release new material in an occasional anthology like no other. A wealth of Wilson’s stunning and controversial material is spotlighted, featuring favourite characters The Checkered Demon, Star-Eyed Stella and, of course, Captain Pissgums and his Pervert Pirates.

‘Wilson Abroad’ covers the artist’s life in beloved San Francisco bars and forays into book illustration, most notably covers and interiors for archival German editions of writers like William Burroughs. Then there were the maverick’s European tours and booze-soaked trips to England and Scotland, augmented by a plethora of fascinating photos and commercial images. This section includes a barrage of brilliant comics pieces that begin with the infamous Checkered Demon adventure-strip.

A peek at the frequently controversial coterie of ‘Wilson’s Characters’ grants access to many unseen private works and unpublished material, neatly segueing into a mostly full-colour selection of works. This eclectic collection concludes with an invitation to view the artist’s middle years of ‘Domestic Tranquility’, which itself concludes with a copious listing of Selected Works by S. Clay Wilson.

Erudite, intimately informative yet utterly engaging, this superb collation, contrived and shepherded by the informationally insatiable Patrick Rosenkranz, offers unmissable insights into of one of the most important cartoonists in American history. Just like its precursor, this is a book no serious lover of the art form or devotee of grown-up comics can afford to miss.