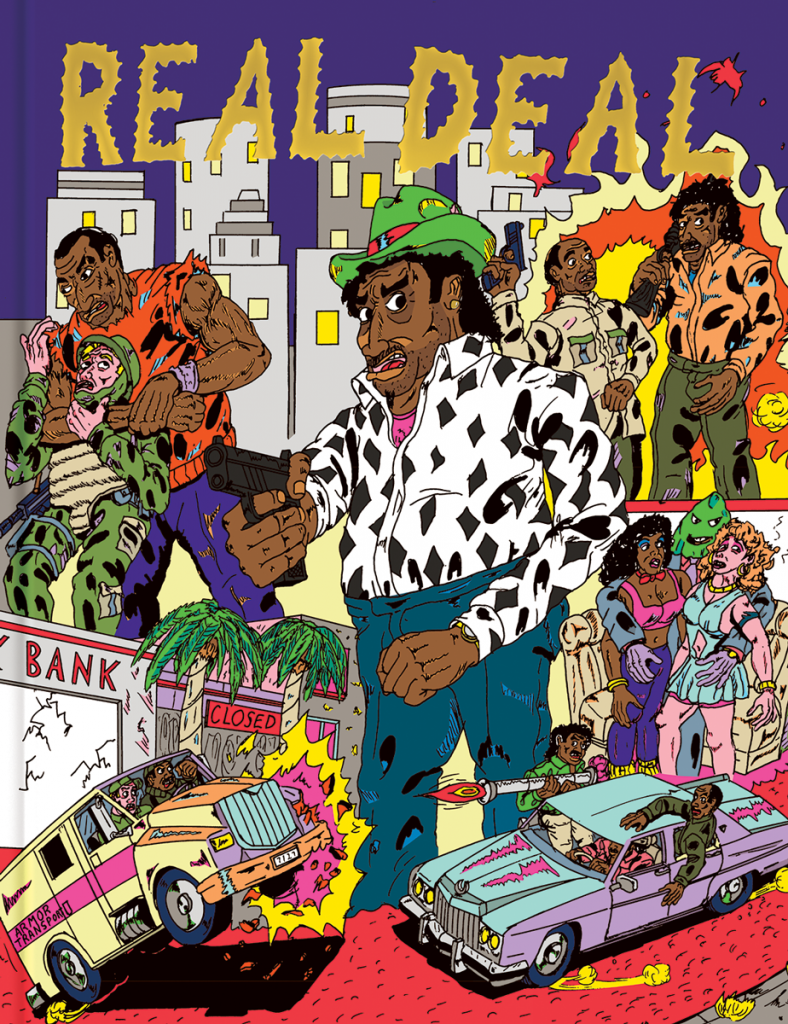 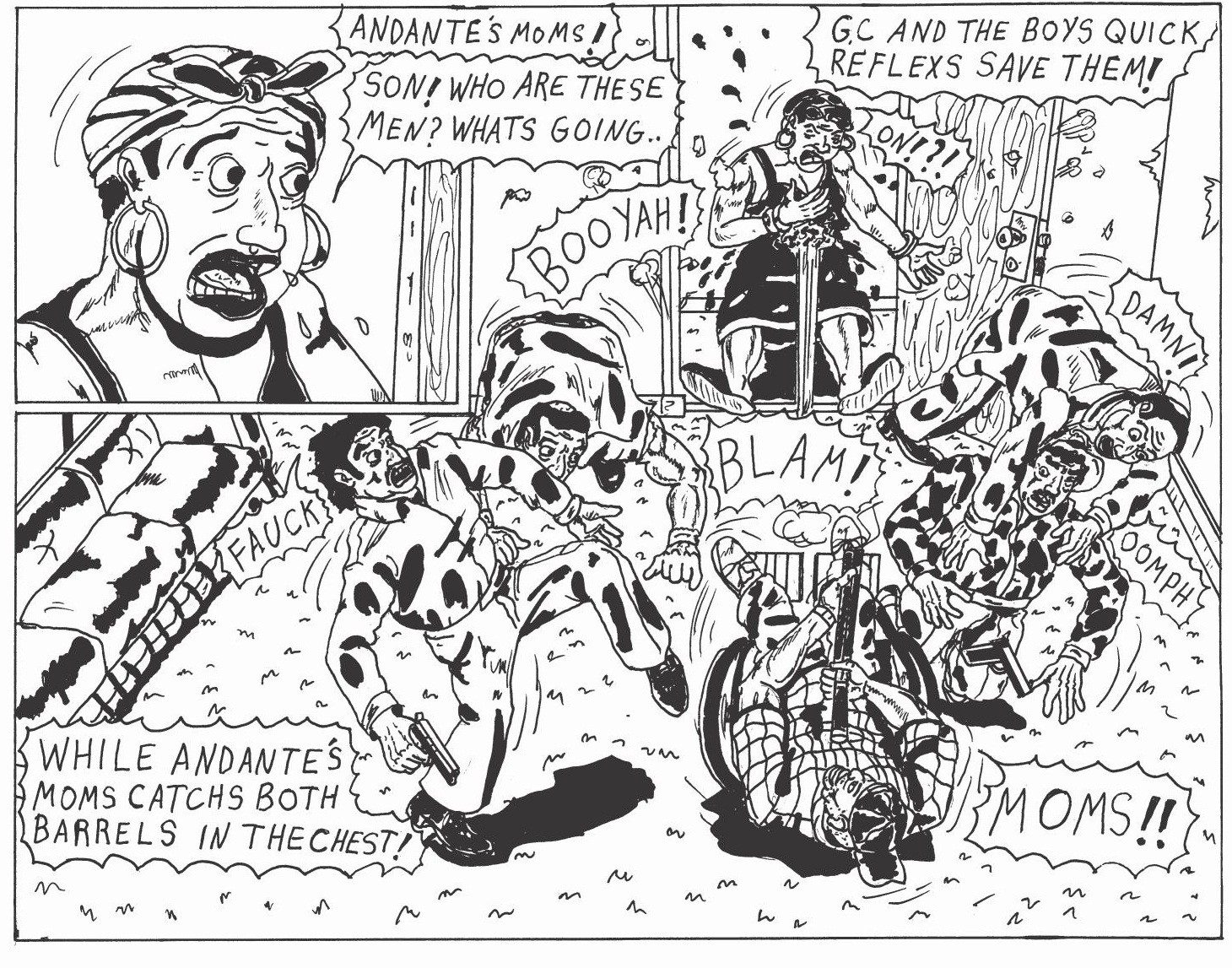 Real Deal’s not a graphic novel for art purists, and there’s a punch to the gut for anyone suggesting political correctness, but if the thought massively over the top action appeals, there’s little better. Harold ‘R.D. Bone’ McElwee and Lawrence ‘Raw Dog’ Hubbard considered their comics ‘urban chaos’, and deliver on the promise of that phrase ten times over.

Taken at face value much of the deliberately offensive content of Real Deal is reprehensible, but it’s not meant to be taken at face value. To begin with it seems to be two young guys satirising the action slop served on TV in the 1980s, ramping everything up to 11 in the manner of the then nascent gangster rap scene. In this world there’s only one solution: violence, and plenty of it, with even greater lashings of swearing. Hubbard’s interview in the back of the book provides an altogether different context. Their comics reflected the dispiriting world on their own Los Angeles doorstep. They based appalling hood figure G.C. on someone McElwee vaguely knew, perpetually stoked from his massive speed ingestion, and inspiration for other characters came easily. Much is also revealed about the characters and their world via their circumstances and aspirations. Their rage comes from deprivation, and those aims aren’t really high. In one story G.C. and his gang want to drink in the new pimps’ club, as they imagine it the epitome of style, with pimps people to look up to. It degenerates into the usual orgy of ridiculous violence, but the point’s made. Later G.C. hosts crap table evenings in his home.

The first six issues reprinted here were produced over eleven years from 1990, with a conclusion to the final story issued in 2015, yet there’s a completely steady tone from start to finish, even with Hubbard taking over the writing after McElwee’s sad death in 1998. Almost as funny as the content is the jaw-dropping revelation that Hubbard and McElwee sent the first story printed here to a Marvel editor for possible publication. And credit to whoever it was at Marvel, as they could appreciate the humour and energy and wrote back saying so.

Real Deal is a book to be sampled in small doses, because although hilarious, it’s also predictable and repetitious, and for all the interesting character design there’s little to differentiate a cast pretty well speaking with one voice. Leave it in your bathroom and wait for the laughter when visitors are round.